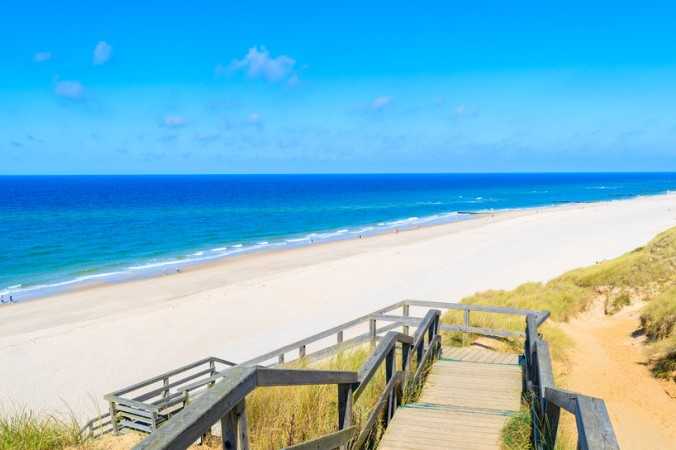 The most beautiful beaches in Europe: the best places to swim

From the sand dunes on the North Sea to the quiet bays in the Mediterranean: The most beautiful beaches in Europe attract many water sports enthusiasts and sea lovers.

During the holidays, many people are attracted to the sea, because the vastness and the holiday feeling exert a great fascination. In part, the beaches in Italy, France and other southern European countries are almost reminiscent of the Caribbean. Other coastlines exert a strong attraction due to their special formation.

Which beach is actually the most beautiful, depends on the preferences of the travelers. The ones dear lonely, small bays, others prefer extended beach sections. If you want to swim, just need the right summer weather and a nice mooring, from which it is not far to the water. If you just want to enjoy the sea view, the temperatures are not that important.

Here are the most beautiful beaches in Europe to be presented – without setting up a universal ranking. It is more about suggestions for the next vacation planning.

Blue sea and a beautiful white sandy beach, there are only in the Caribbean … Here is the counter-proof: On Sylt you can soak up the sun and enjoy the sea from its most beautiful side! (#1)

In our latitudes, the wide sandy beaches on the North Sea are particularly well-known and popular. Sylt and the Danish neighboring island of Römö are among the favorites. In addition, there are some tempting holiday destinations on the Baltic coast of Germany:

The elongated peninsula Fischland-Darß-Zingst has a dream beach that attracts many tourists throughout the year. In the warm summer months you can swim, surf and play beach volleyball here. In the other seasons, the natural landscape invites to walks and you can, for example, watch the migratory birds or enjoy the sea air.

The Baltic Sea beach of Sopot among our Polish neighbors is one of the favorites. Every year more tourists come to this seaside resort to spend the summer holidays by the sea. The bright sandy beach extends over several kilometers in length and around it you can use a colorful leisure activities.

In Denmark, for example, the resort of Sondervig with its beautiful beach dunes is very popular. Here you can make yourself comfortable among the dunes, even if the temperatures are rather moderate. The friendly atmosphere in the village itself also ensures a high relaxation factor.

The coast at Blavand is flat, very wide and invites to many beach activities. In summer you can swim, surf and play beach volleyball. In autumn you can fly kites or take endless walks, while the wind from the sea ruffles your hair. 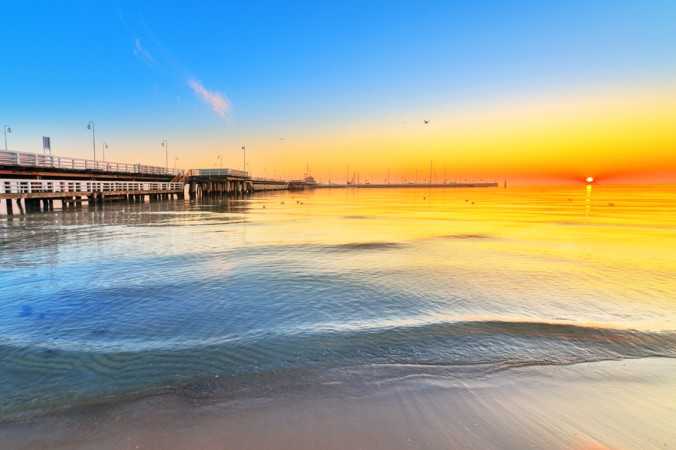 Who does not dream of a sunset on the beach. You can experience this great “Sundown” on the Sopot beach in Poland. (# 2)

Italy and the Mediterranean islands with the most beautiful beaches

On the Italian Amalfi coast are numerous beach bays to discover. Here lies the dreamy bay of Erchie, framed by two headlands, both of which are marked by a tower. Visitors like to spend many hours swimming, relaxing and taking in the impressions of nature and cultural history.

Formerly a Greek temple stood here in the place, which was used in the course of the time by Benediktinern and from Saracen as basis. The other coast of Italy also offers exciting experiences and beautiful views.

The following beaches are the most beautiful on the Mediterranean islands: 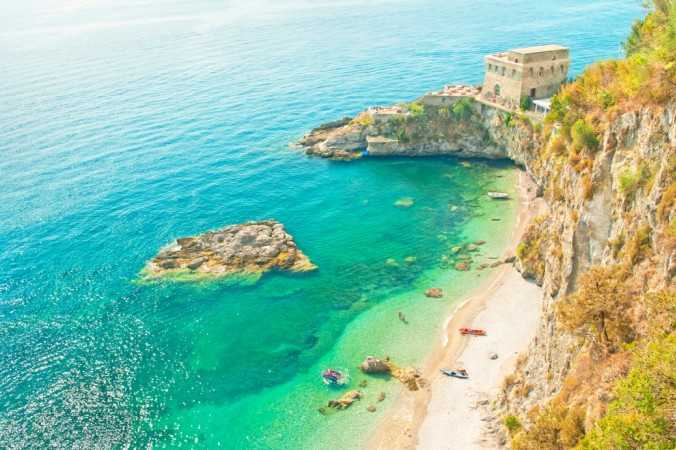 Turquoise-blue sea and a fantastic backdrop offer one of the most beautiful beaches of the Amalfi Coast: The Bay of Erchie in Itlanien. (# 3)

The most beautiful beaches on the Iberian Peninsula

When it comes to breathtaking beach formations, the Algarve is far ahead. From the top you have a great view of the rocky coast, the beach sections in between and the sea in its blue and turquoise tones. On a boat tour you can see the coast from a new perspective.

In the Praia de Benagil, visitors can explore the excavations that have been formed over the decades and centuries by the power of the sea. The Praia da Marinha is framed by the Algarve’s typical rock faces. As a result, the beach bay itself is protected from the wind. The striking rock gates and the grottos invite good swimmers for discovery tours. However, you should be careful, because every now and then it comes here to rockfalls.

In southern Spain on the Costa de la Luz is the Playa de Bolonia, which is characterized by a 200 meters long and about 30 meters high dune. This sand dune is part of the Parque Natural del Estrecho and makes this stretch of coast a paradise for beach lovers.

The Mediterranean coast of Spain is characterized by different sections. The Costa Brava begins relatively stony in the north, but then becomes fine sand. South of Barcelona begins the Costa Dorada with its long sandy beaches. Every now and then there are also smaller bays where you can snorkel. 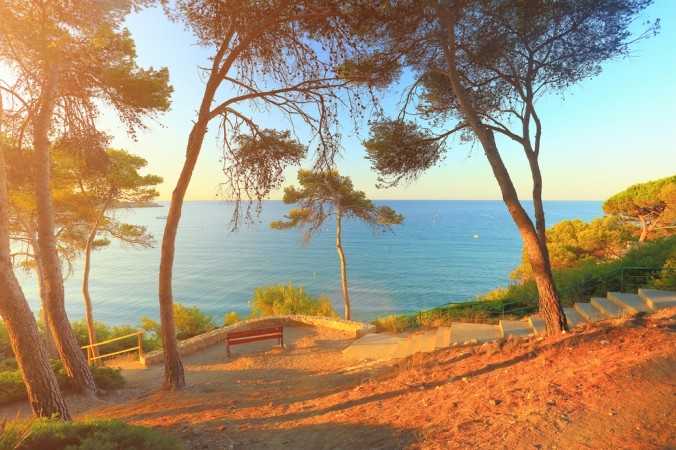 A sunny morning on the Costa Drorada in Spain convinces every morning grouch that getting up early is worth it! (# 4)

The Spanish islands and their beautiful beaches

Spain has many islands, some of them in the Mediterranean and some in the Atlantic. The most popular destinations of German tourists are:

In Mallorca, however, there are not only the well-known, large sandy beaches, where the tourists in the main season almost mutually on their feet. Even quieter bays are to be discovered here, at least if you travel to Mallorca in the spring or autumn. In the Parc Natural de Mondragó lies the natural Cala S’Amarador, which gives one the feeling of being in the Caribbean.

In Ibiza, the Cala Comte invites you to the perfect bathing experience. There are two sandy beaches here: one is surrounded by sand dunes, the other by rocks. There are a few restaurants nearby, as well as a boat dock and many opportunities for snorkelling.

In addition to Ibiza is the small island of Formentera with the beautiful Cala Saona. This white bay is surrounded by red rocks. Not far away there are some restaurants and a hostel, but guests can relax undisturbed in this area.

The Corralejo Beach on the Canary Island Fuerteventura seems to be infinite. The dunes stretch far and the sea is especially popular with surfers due to the local wind conditions. Due to the enormous spaciousness, the holiday guests distribute themselves so much in the high season that the beach never seems overcrowded. 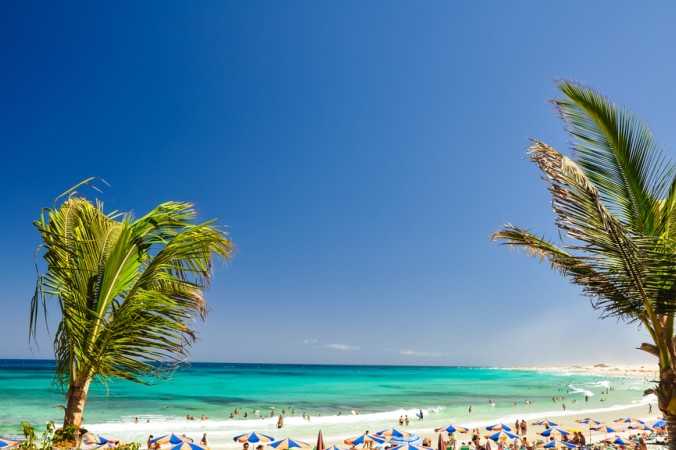 The Canary Islands also have beautiful beaches to offer, such as the “Corralejo Beach” on Fuerteventura. (# 5)

The most beautiful Greek beaches can be found mainly on the islands. Depending on which island you are traveling at which time of year, the coasts are rather dry or surrounded by greenery. If you are traveling to Greece, you are sure to like combining the beach holiday with the sightseeing of cultural attractions. With the abundance of beaches, the leisure activities and the historical sights that is not a problem.

The Navagio Beach on Zakynthos is characterized by a wreck. This has made the bay famous a long time ago and has become an attraction in the meantime. The beach bay itself is so popular because of its powdered sand. On a boat tour, tourists come here to take photos of the shipwreck and the bay, and of course to enjoy the Caribbean beach atmosphere.

On Corfu Port Timoni is a highlight. It is surrounded by green vegetation and as well as its neighboring bay is not easy to reach. With solid shoes, the descent to the beaches down but easy to handle: the way is definitely worth it.

The Elafonissi Pink Beach on Crete is actually pink, which looks best in the early morning hours. Later in the day, there are more and more tourists who want to visit the dream beach in the southwest of Crete. For beach chairs and umbrellas you have to pay a small fee, which is only fair in the gorgeous scenery. 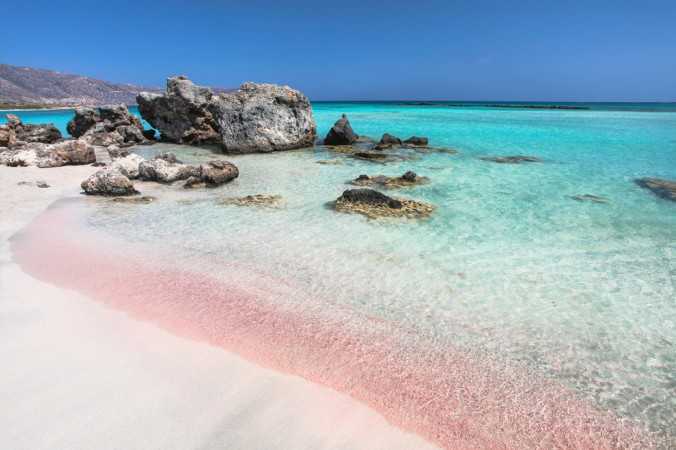 If you are looking for spectacular beaches in Europe, you can not miss Greece. Especially the Elafonissi Pink Beach in Crete convinces with its pink sand. (# 6)

Who wants to make a beach vacation in France, often decides for the Mediterranean coast. Here, for example, awaits the Plage de Pampelonne, which is located in the southeast of Saint-Tropez. The wide sandy beach attracts sun-hungry families and celebrities sometimes come here.

Near Montpellier is the Plage de L’Espiguette, a dune beach that stretches over 18 km and is sometimes 700 meters wide. The dunes themselves are up to twelve meters high. The advantages of this beach section are also reflected in the good quality of the water.

Apart from the large beaches and small bays on the Mediterranean, the French Atlantic coast is also very attractive. Especially impressive is the Plage de la Côte des Basques. The sand glows golden yellow, the cliffs set a jagged accent against it and Biarritz exudes an interesting flair. Because of the wind from the sea, this area is especially suitable for surfers.

Great Britain and Ireland as well as Germany can offer great summer weather and are therefore also suitable as a destination for beach holidays. The most beautiful beaches of England are certainly in the south. The images of Cornwall show the characteristic beach bays below on the gently sloping slopes or on the steeper rocky shores. Porthcuno is one of the most beautiful, with its fine white sand and striking rocky scenery. 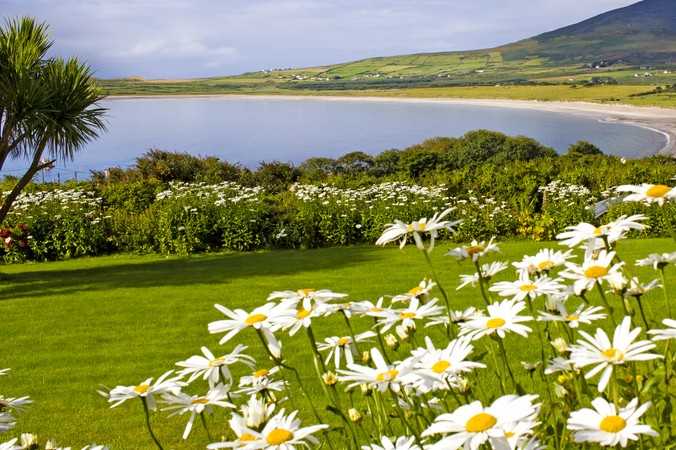 Close to Dingle in Ireland, Sandy Beach is a great place to relax. (# 7)

In cities like Brighton and Bournemouth, tourists find a very wide sandy beach, but it can get quite crowded in summer. It is quieter at Holkham Beach in Norfolk. The nature reserve just behind the beach invites to a long walk after swimming.

Ireland has its most beautiful beaches in the southwest. Inch and Maharees are well known on the Dingle Peninsula. At the beach, lifeguards ensure the safety of visitors during peak season, and there are also surf schools here.

Not to forget: Cyprus and Turkey

In the northeastern part of Cyprus is the Fig Tree Bay with its golden sand. As the name suggests, this bay is lined by fig trees, also here are a few windmills. The turquoise of the Mediterranean literally calls for jumping in. If you want, you can also ride in the glass bottom boat and take a closer look at the underwater world. The sandy beach gently falls into the clear water and offers many opportunities for water sports and sunbathing.

One of Turkey’s most beautiful beaches is Iztuzu in Daylan on the southwestern coast. The beach is bordered by the Daylan River and is known among other things for the sea turtles, which lay their eggs here from May to September. That’s why this stretch of beach is also protected and guarded.

Families find the beaches in Alanya the most beautiful. Especially the kilometer-long Incekum sandy beach has many fans. The shallow sandbanks make swimming in the ocean child-safe.

Sabrina Müller, born in 1982 in Berlin, is now the mother of three children. Actually, she did not want so many kids. However, after her first daughter was really easy to care for, Sabrina and her husband decided to have more children. No one could know that easy care is not always followed by easy care. After the first daughter followed a girl and a boy. Her rascals are currently filling Sabrina’s life. In addition to caring for the children, Sabrina is also involved in kindergarten and sews and tinkers like.