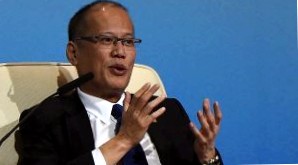 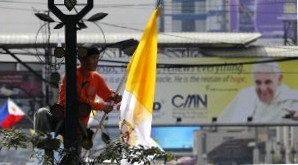 The visit to the Philippines is a four-day homecoming for the Pope. With a Catholic share of 80 to 85 percent, the island nation is the only Asian country besides East Timor with a Catholic population majority.

The Filipinos are a Catholic people. Religion is deeply rooted in the culture, psyche and daily life of Asia's only Catholic-majority country other than East Timor. Crosses are mounted on the roofs of high-rise buildings. Larger-than-life plaster Madonnas are standard fixtures in hotel lobbies. Twelve Sunday Masses in a row are normal in large churches. With the canonization of the martyr Pedro Calungsod (1654-1672) in October 2012, the church began its "spiritual journey" toward 500. Anniversary of Catholicism in the Philippines on 16. March 2021.

Despite a secular outlook, the Church of the Philippines plays a more influential role in both political life and the daily lives of the people than in any other Catholic-based society. For months, the Pope's visit has been a major topic in the media.

Long time mistrust on the part of the Vatican

Two out of three Filipinos regularly attend Sunday services, according to surveys. Western voices sometimes label this faith as "submissive" and "naive Catholic. But the strong popular piety also contains quite "un-Roman" and superstitious elements from the archipelago's pre-Christian tribal religions. The Spanish colonial rulers, who had ruled the country since the 16. The movements that spread the Catholic faith in the nineteenth century with the help of Dominicans, Franciscans and Jesuits were never able to completely eliminate syncretism.

Mistrust of indigenous clergy long prevailed in Vatican. It was not until the early 20. In the nineteenth century, Rome appointed the first native bishops. Spain had lost the colony in 1898 in the war against the United States, whose Protestant churches attempted a broad-based but unsuccessful reformation. Unlike in Latin American or African countries, the evangelical-charismatic movements in the Philippines, which are mostly financed by the United States, have had only modest results to date. The impoverished masses of the nearly 100 million people, however, offer potential for missionary success here as well.

The poverty problem, which grew rapidly after independence in 1946, remains the greatest challenge for the Philippine church. Until the Second Vatican Council (1962-1965), it was considered a socially conservative force with close ties to the oligarchic families of large landowners. It then transformed itself into an advocate for the dispossessed and a champion against the structural causes of mass poverty: the absence of land reform, the exploitation of Philippine resources by international corporations, and the concentration of wealth in the hands of a kleptocratic elite.

Bishops, religious orders and the large number of grassroots communities that have sprung up have often pulled in the same direction. Of course, there have been and continue to be internal disputes over liberation theology, including the collaboration of priests and religious with communist rebels.

Corruption is the order of the day

At the same time, the church has been increasingly committed to democracy and human rights since the 1970s. The 1986 overthrow of the Marcos dictatorship, also called the "Rosary Revolution," would not have been possible, according to most observers, without the growing opposition of the Catholic bishops, who eventually called millions of Filipinos to nonviolent uprising. Nevertheless, the Philippines remains one of the most corrupt countries in the world.

A few clans control power and resources, and a third of the people live below the poverty line. Because one reason for this is the high population growth, the church has recently been severely criticized for its fight against contraception. In the face of fierce opposition, President Benigno Aquino's government passed a so-called reproductive law two years ago that promotes the distribution of condoms. Abortion and divorce, meanwhile, remain banned.

Aquino knew he could go against the church without political risk: 70 percent of the population was in favor of sex education and free contraceptives for the poor. Street protests, political actions and lawsuits in court organized by the bishops fizzled out.

Criticism of the clergy

Parts of the Philippine clergy also have a credibility problem on ies such as the fight against corruption or against poverty. Award-winning investigative journalist Aries C. Rufo documents cases of corruption, as well as sexual missteps by parish priests and bishops, in his 2013 book "Altar of Secrets". Questioning the immense influence of the church on Philippine politics and society was almost unthinkable until not so long ago.

The book's favorable reception by the Filipino public may have shocked some in the church more than the book itself. Others, however, apparently assisted Rufo in his investigations. Some bishops had "encouraged him that publications about the failures and weaknesses of some of their brethren can only strengthen the Church," Rufo writes in the preface, adding, "This has reaffirmed my confidence in Holy Mother Church."

Still, the church in the Philippines is likely to remain a key social actor and partner in politics. The state needs it not only as a substitute for the missing social system, but also as a mediator in the bloody conflict with communist fighters and the Islamic rebels. From the perspective of the universal Church, the Philippine clergy also remain pacesetters for evangelization in the Pacific region.