Any church that wants to endure must be built as a profitable business. First there is the business idea, then the customers, and finally the financing and administration, which keeps the whole thing going. This is responsible for collecting finances and for sufficient growth. The business idea must be continuously adapted to the needs of the customers. Finance must continue to invest in new ideas and administration must be tightly controlled if the company wants to survive. 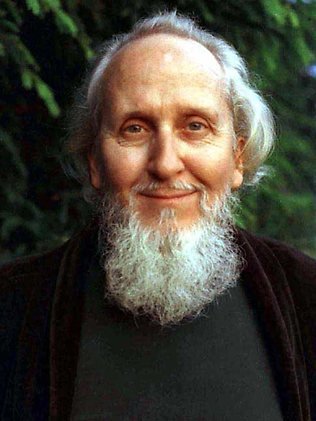 In 1968, a penniless itinerant preacher named David Berg had a business idea. 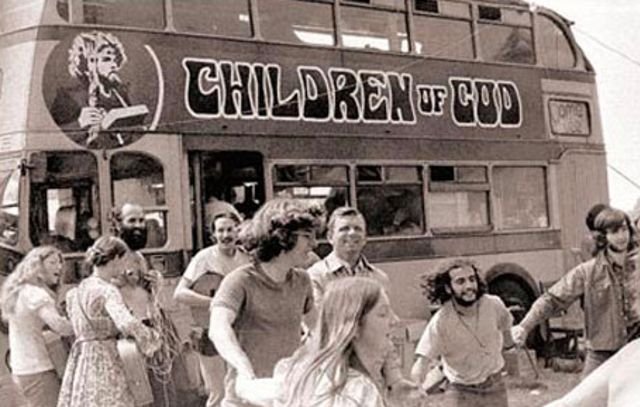 It was in Huntington Beach, California, at the time of the big hippie movement. The generation of hippies were teenagers tired of swallowing the lies of the world and being burned as soldiers in hopeless wars. They were looking for the truth and freely experimenting with drugs like hashish and LSD, which the soldiers brought with them from the Vietnam War. Cannabis grew wild in Vietnam, and LSD was made by the US government specifically for the soldiers to make them willing. So Berg preached to the seekers, and was so popular that he decided to found an association. With practically a Bible saying, he founded the “Children of God”

"But how many received him, he gave them power to become God’s children who believe in his name."

What is meant is a short prayer in which the person praying confesses that he is a sinner and accepts Jesus Christ as his Savior. 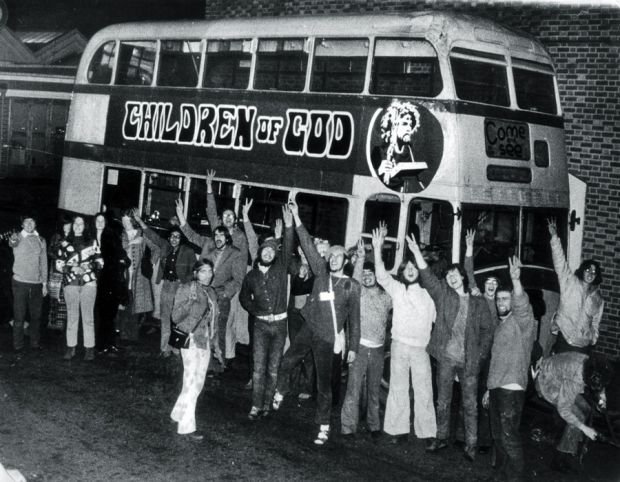 The goal was always to gather new disciples, and the number of members grew rapidly. So most of the members were teenagers from the Hippie scene. A lot of Bible study was done, drugs were even banned, cigarettes were banned, everything was shared and everything belonged to everyone. Berg now called himself Moses David and published his first "MO Letters" in which he explained the Bible in such a way that they fit his business model. Tithing was introduced immediately. He immediately quoted the correct verses from the Bible.

"All tithes in the land of the yield of the land and of the fruit of the trees belong to the LORD and shall be holy to the LORD."

Yes, the Bible is a great book, and if you know it well you can Find a job for every situation and pull it out of context. In the New Testament there is nothing about a tithing, one of the writers neither orders nor recommends that Christians should bow to a legal tithing system, least of all a levy to their priests. But nobody needed to know that.

Everything that someone brought into the group was also divided up, be it money, car, house or inheritance. Should he ever have enough of the nonsense and leave the sect, he went empty-handed and the promise that he had betrayed Jesus Christ, without any hope, into a world that no longer meant anything to him.

The group grew faster and faster and spread to other western countries, and later even worldwide, where "colonies" were founded. In 1971 Jeremy Spencer, a founding member of the British rock blues band Fleetwood Mac, joined the Children of God. 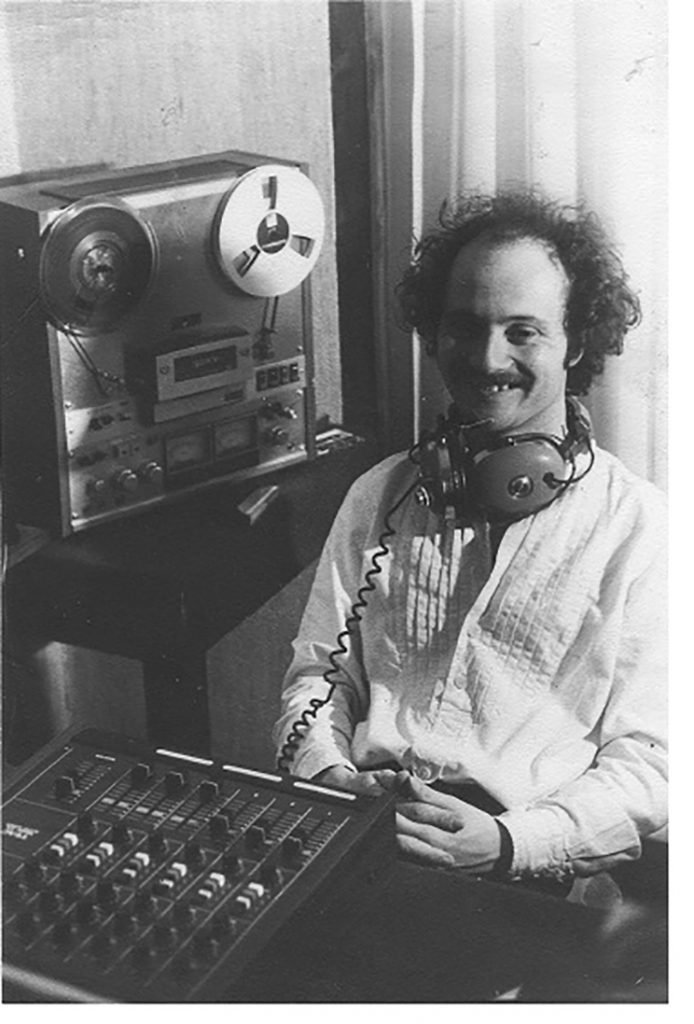 Jeremy Spencer in 1982 at MWM Studios in Sri Lanka

In 1977 I got to know the children of God in Kabul, Afghanistan.

Without prior knowledge of what they did or never heard of them, I was fascinated by the way they lived and how they could only explain every question of life with the help of the Bible and the "Mo Letters". The prayer to accept Jesus as my Savior and to carry it in my heart simply blew my mind. I had never seen anything so great. It was as if the love of God was flowing through me. I finally found what I was looking for. I decided to join the club.

I then enthusiastically wrote to my girlfriend at the time, and later wife, of my experience. The fact that my letters were censored by the group bothered me, but they were laws in this sect that could not be resisted. Although I had been prepared by them, the response to the reply letter was devastating. The letter was a single charge against the children of God, for they had been heavily criticized for their strange machinations over the years of their existence. 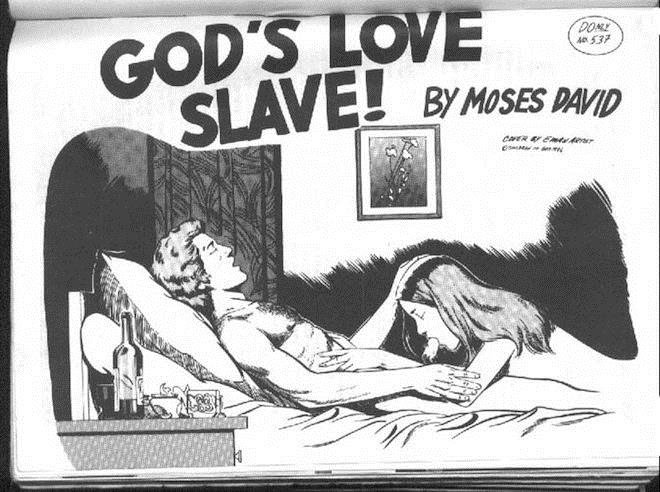 Since 1974 the members have practiced the so-called "Flirty Fishing", in which new members should be gained through sexual acts or material goods should be procured for the group. The association has been associated with prostitution in the media after this practice became known. The main driving force behind the charges was the parents of the children who had joined the sect. Not only did they mostly drop out of college, from now on they only announced confusing stuff about God and love, instead of joining the line of determined, career ladder climbers. 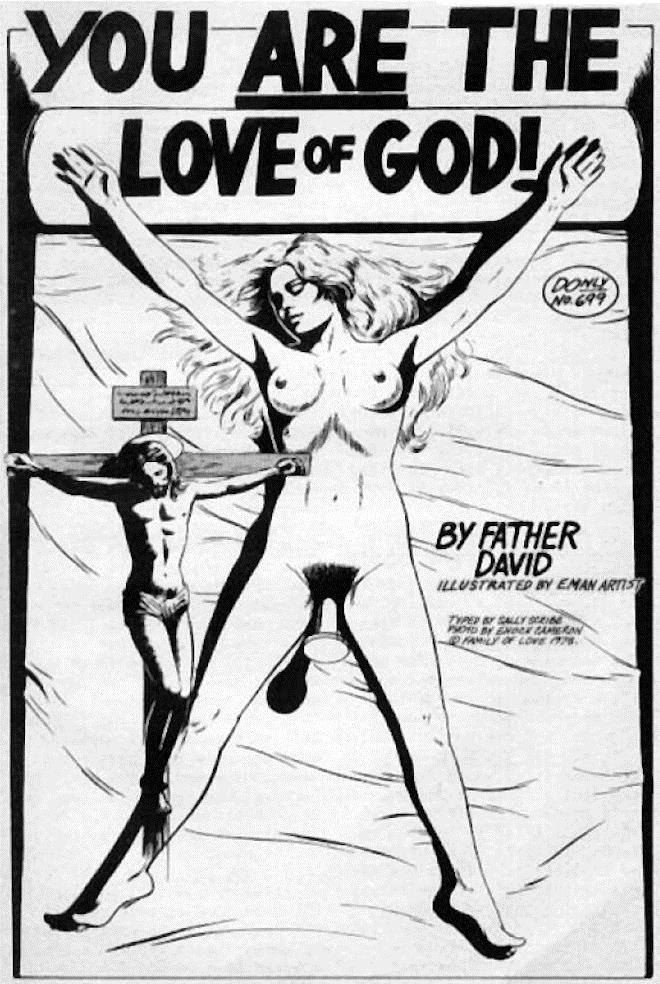 So my friend had already contacted my parents and brother, who were promoting an action to free the lost son.

My brother switched on the Catholic Church and the Sternmagazin, and brought about a temporary incapacitation of my person in court. With sponsored money my brother then took a flight to Kabul and contacted the German embassy there. This lured me on the pretext that a package had arrived for me, to the embassy, ​​and collected my passport there. I promised my brother to leave the dangerous sect, which I honestly intended to do. So I went back to the colony to get my most personal belongings and to say goodbye. Here, however, the group pushed me so hard that I decided to stay. Disappointed, my brother had to go home alone.

But I no longer had a passport and the German embassy informed the Afghan police when my visa had expired. This immediately took me into custody. As in a bad crime thriller, I was handcuffed to the next plane to Tashkent in the direction of Russia and later via Moscow to Germany.

When the first intoxication had evaporated, it turned out that family life was anything but joy. Most of us did not have a fixed income, because work outside the colony was strictly forbidden in the "system". Those who were not lucky enough to receive something from home were condemned to write begging letters to former friends and acquaintances or to go begging on the spot. For this we distributed special "Mo letters" or posters that we had to buy from "World Service" of the printing house of the children of God, similar to that of the Jehovah’s Witnesses. A detailed record of the success rates of our distributions was also kept, so that the tenth could also be settled without gaps. Those who could win many new disciples rose and became shepherds, and were then allowed to move into their own room when he was married. The remaining members slept in common areas, men and women separated.

At the end of the 1970s, the "family" is said to have had a total of around 9,000 members, including 6,000 minor. That still makes 3000 adults who have to live on something, because food, housing, clothes and so on have to be paid for. Let’s take an average income of $ 500 a month that you must have to survive with your children:

In 1999 the "children of God" officially dissolved, about a third of the members left the association. Legal proceedings in the United States were threatened. Later the group called itself "Family of Love", short "The Family".

The official goal of the association was worldwide evangelism, the founding of communities that live “in brotherly love”, the Christian upbringing of children and the proclamation of the “end time” in 1993. According to the supporters, only the members of the “family” would survive in this doomsday scenario.

The children of the members generally did not attend public schools, but were taught privately. As a rule, the members of the association did not have a gainful occupation. According to their own statements, they financed their livelihood through donations and by selling books and CDs. In addition, upon entry into the "family", each member lost all of their property, which became group property.

Children and adolescents were brought up with the utmost rigor; the slightest "mistake" was punished with severe penalties. Rebellious children were forced to work hard, humiliated, isolated and physically abused in front of others. Many women presented themselves for "Flirty Fishing", i.e. they tried to lure men into the sect with sex. Families were separated from each other so that the children did not see their parents and siblings as a family, but considered the "Children of God" as their family.

Many sect members saw no way out of total control and left the sect, but will remain drawn by it for their entire lives. The struggle everyone experienced in the group every day was explained by the fact that the devil was trying to separate the family community. What looked like the perfect world to the outside was a quest for power for better positions, and surveillance of the individual members who managed to get married to each other. From today’s perspective, I know that it was not a fight with the devil that we went through, but a fight with ourselves. The divine within us that wanted to protect us helped us find our way out of this sea of ​​lies and bad habits.