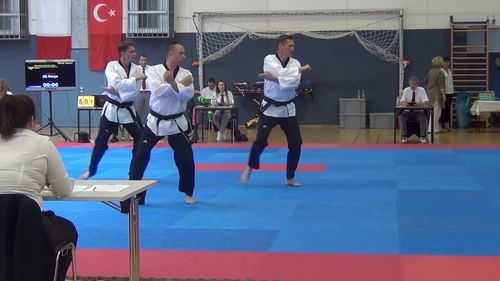 SympatMe helps foreigners in Germany with their first bureaucratic steps. We provide up-to-date information and hands-on solutions. On our website, newcomers can fill out paperwork, make appointments, and simply get things done.

The idea for this project came in 2014. Many of my international friends were moving to Germany then. They knew that I lived in Berlin at the time, so they came to me for help. They kept asking the same questions. They kept having the same problems. In short, they are all struggled mainly because official forms and documents are all in German. There are no translations. When they tried to make a German official for help, they would find someone that spoke English.

“The idea what to give foreigners in Germany the tools with which they could deal with German bureaucracy in their own language.”

I understand and support the idea that people moving to Germany should try to learn German. But in the first few days of arriving, it seems a bit much to ask. Even though German is my native tongue, even I struggle to understand some bureaucratic documents. So how can I expect foreigners to understand them?

In my opinion, we can not. That’s why my brother Oliver and I embarked on this project. The idea what to give foreigners in Germany the tools with which they could deal with German bureaucracy in their own language. That’s why the official documents and application forms into 12 languages.

How does SympatMe work?

On our website you can fill out English bureaucratic documents and application forms in your own language. For example, you can fill out the registration form in Arabic. Or you can complete the application form for public health insurance in Polish. Once completed, all your data is now transferred to the original German form. Then you can print this German document with your data on it. Take it to the registration office to register your address. Or, in case of the medical insurance application, send it to your insurance provider.

Other things we do

We have written detailed blog articles about life in Germany. Steps to becoming a freelancer.

“The deals section gives foreigners in Germany the same discounts that locals benefit from.”

The deals section gives foreigners in Germany the same discounts that locals benefit from. Everyone in Germany knows that you should get a traincard. Someone who is new to Germany probably would not know that – until they look at our website …