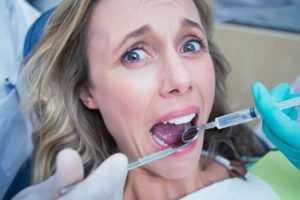 Experience the dental treatment painlessly with a local anaesthetic

Pain is a thing of the past

No matter if you were Johann Wolfgang von Goethe, George Washington or an Egyptian Pharaoh, the treatment at the dentist wasn’t funny at that time. Rather painful and brutal. Most of them took either a large sip from a bottle of brandy or a strong pull from a cloth soaked in chloroform. The possibilities to experience a visit to the dentist in a relaxed way were not only extremely limited, but sometimes even life-threatening. It is no wonder that people were looking hard for other methods.

Not always popular: The injection at the dentist.

The invention of local anaesthesia

This was followed by many futile attempts by well-known personalities, including Sigmund Freud, who unfortunately were all doomed to failure. But this was to change at the end of the 19th century. In 1884, it was the American surgeon William Stewart Halsted who also injected cocaine into the lower jaw in a self-experiment, thus making the entire lower mouth area numb to sensation – local anaesthesia was invented in dentistry. 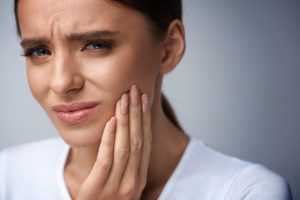 Dental treatment can be painless.

A visit to the dentist can be addictive

Today, of course, it is no longer pure cocaine which is used for local anaesthesia. It is also better this way. As the layman knows, cocaine quickly becomes addictive. Extremely unfavourable if you have to contact a dentist more often. The current active ingredients, such as procaine and lidocaine, are similar to cocaine in word, but do not have the dreaded side effects when used. 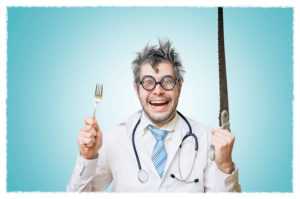 Then when can he finally begin?

How quickly and for how long does an anaesthetic injection work for me at the dentist?

In the past, the dentist had to constantly inject the anaesthetic. This was dangerous because there were frequent circulatory complications and even poisoning. It was only with the addition of adrenalin that the active ingredient remained in place longer and even extensive dental treatment could be carried out without restriction. The effect of the local injection at the dentist is very different in each individual case. As a rule, anaesthesia starts after three to four minutes. However, it can take three to four hours before the effect subsides again. This also varies greatly from patient to patient. 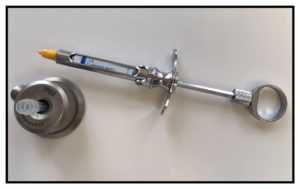 The conventional syringe at the dentist’s.

Syringe at the dentist – what do I have to consider afterwards?

If the mouth has no feeling, it is advisable in any case to refrain from eating and drinking while the anaesthetic is still working. The danger of biting your lip or cheek and injuring yourself painfully is simply too great. Also you should not necessarily have an important job interview after a visit to the dentist. As everyone may have experienced, the ability to articulate after an injection at the dentist is often very limited. 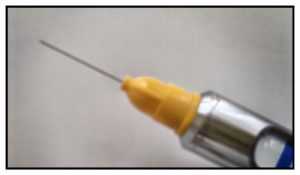 Today we have a very fine needle. Hardly noticeable.

Can I drive after an injection at the dentist?

There is no clear answer here. Studies have shown that the use of anaesthetics in normal doses does not limit the ability to react when driving. However, it cannot be ruled out that stress and anxiety during treatment, coupled with the use of other medications, may reduce the ability to drive. It is therefore a clear recommendation, if it can be arranged, to travel to the dentist by bus or train rather than by car. If it has to be the car, then an accompanying person will help if necessary, who will then take the wheel and steer the patient home. Have a good trip! 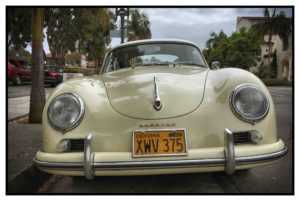 Have a good trip all the time!

Can I get an injection at the dentist during pregnancy?

Formerly excluded, now possible. The active substances used in most dental practices have no known toxic effect on the unborn life. However, it cannot be ruled out that a local dental anaesthetic (especially an adrenaline-containing one) could trigger a spontaneous miscarriage or a premature birth. This risk usually occurs during the first 12 weeks of pregnancy. If the adrenaline is omitted during anaesthesia and replaced by other active substances, local dental anaesthetics can also be used without hesitation in pregnant women. 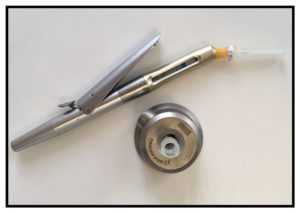 With an even smaller and finer needle – the intraligamentous syringe.

Does a syringe at the dentist always work?

In almost all cases the syringe works perfectly. However, there are also so-called “anaesthesia failures”, people for whom the syringe somehow does not work. The phenomenon is very rare. The cause of these “failures” has not yet been discovered. If a tooth has been painful intensively for many days and the patient has taken several painkillers before in order to avoid the emergency service, then it may well be that the effect of the syringe is not sufficient to completely anaesthetise the tooth. Inflammatory changes in and around the tooth can also limit the effect of a syringe. Therefore, do not wait long, if you have any complaints, consult a dentist immediately. It often doesn’t get better. The needle of the intraligamentary syringe – even finer and smaller is not possible!

Afraid of the dentist’s injection?

When local anaesthesia was discovered, it was naturally thought that the fear of the dentist would disappear forever from the minds of many people. Unfortunately this is not the case. Nevertheless, many patients still have a pronounced fear. In this case also before the injection at the dentist, the so-called syringe phobia. Good dentists and the team know how to help this clientele. The use of the finest cannulas, the local anaesthesia of the injection site with a gel, the slow introduction of the local anaesthetic, calming words or even hypnosis make it easier for these patients to survive the local anaesthesia. Often a small amount of tension remains, but the syringe is in place and the treatment is painless. 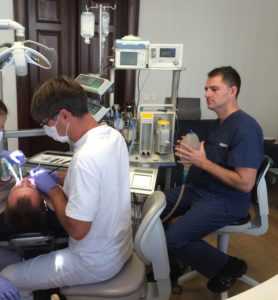 It doesn’t always have to be the anesthesia.

Am I always entitled to a syringe as a statutory health insurance patient?

I’m afraid not. Whether my statutory health insurance covers the injection for treatment is clearly regulated. If a tooth has to be extracted or the nerve has to be removed from the tooth in the course of a root canal treatment, every patient is entitled to a syringe without hesitation. The health insurance also pays for the construction of crowns and bridges or removable dentures. However, the patient does not have the right to a syringe for every hole in the tooth. Superficial defects, which can also be repaired without anaesthesia, are not part of the service catalogue of the statutory health insurance companies. It has to go deep and close to the tooth nerve until the health insurance pays. But if you still don’t want to do without an injection at the dentist, you can pay for it privately. This usually costs less than 10 euros and varies from dental practice to dental practice. So stay relaxed!