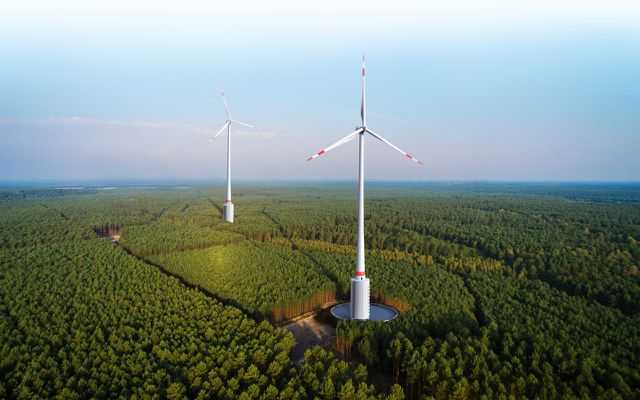 Wind power is a tiny little light globally. But their potential is huge. Even if that feels different in some places: Wind power still plays a role as an extras. So far, it supplies just four percent of the world’s electricity needs. That will not stay that way. The prospects for the wind catcher are terrific. According to researchers at Harvard University, the potential far exceeds world energy demand.

No question, wind power will experience a massive boost. The world climate agreement speaks for it. Momentum is provided by current figures from the International Energy Agency (IEA): Every year, 6.5 million people worldwide die in bad air. Above all, the energy sector and the transport sector are to blame. But if you abolish coal-fired power plants and internal combustion engines, the demand for electricity increases. Where should the juice come from? Billionaires like Warren Buffett or the Rockefeller family seem to have an answer: they turn their backs on fossil fuels and pump billions into wind power.

Although Po Wen Cheng, a professor of wind power at the University of Stuttgart, sees an upward trend, he still remains on the ground: “The pace of expansion depends largely on the political tailwind and cost reductions.” The Global Wind Energy Council (GWEC) is more optimistic: There It is said that by 2050 wind power could cover up to 30 percent of global electricity demand.

In order to unleash the potential, the industry must change: wind turbines on land are technically mature, but their electricity yield is meager. Even at good locations, they rarely run at full speed – usually there is not enough wind blowing. This is different on the high seas or at higher altitudes: Here, the turbines achieve much higher yields. That’s why researchers are constantly developing new types of systems and devising new approaches. Utopia lists the most promising innovations.

A simple rule of thumb is that every meter of height brings up to one percent more power. However, to lift the wind turbines to ever higher altitudes requires ever more sophisticated tower concepts and installation techniques.

With a hub height of almost 164 meters, the Max Bögl Group from Sengenthal in Bavaria is currently building the tallest tower in the world. If the wind turbine installed, the Fl
Hunchbacks up to 240 meters in the sky. “Our hybrid tower with large hub heights is predestined for low-wind locations,” says press spokesman Jürgen Kotzbauer. Since such giant towers do not fit under highway bridges due to their monstrous dimensions, they are manufactured and transported in up to 45 segments. Only at the construction site they are put together.

2. Pinwheel and water storage in one

Four wind turbines are currently being built in Gaildorf in southern Germany, whose foundations serve as water reservoirs at the same time. In windy times, the electricity drives water turbines and fills the storage tanks. In windless times, the system supplies balancing energy and stabilizes the grids: “We drive from full capacity to full load in 30 seconds,” says Alexander Schechner, one of the two managing directors of Naturspeicher GmbH, which builds the power plant. It should go into operation by the end of next year.

As the largest wind resources dive at sea, it draws wind power to the sea. But almost everywhere the sea is too deep to drop the foundations on the ground. That’s why floating platforms are being developed worldwide.

The Norwegian energy company Statoil is already setting up the first floating wind farm off Scotland: the 6-megawatt Siemens wind turbines are among the largest and most powerful in the world. Her three rotor blades paint a 154 meter circle in the sky. The 360-ton turbines are carried by so-called saving buoys that resemble the float of a fishing rod. They are 258 meters long, 14 meters thick and weighs 2000 tons.

Chained to the ground, the plants float upright in the sea, with 80 meters of tubes submerged. Michael Hannibal, Managing Director of Offshore Wind at Siemens, is certain that it will be a success: “Our technology can already be described as pre-commercial. We expect further cost reductions in the area of ​​floating wind turbines, which will drive expansion. “

4. The power of the two wings

The bill is simple: Two wings are cheaper than three. That’s why manufacturers like Skywind from Husum or 2BEnergy from the Netherlands focus on this concept. This offers yet another advantage: the entire rotor can be lifted onto the tower in a pre-assembled condition and does not have to be turned in a complicated way, as is usual with a three-handle.

In quite different spheres fly flying wind power plants. These come like kites of children, but are far from toys. Flying wind power plants rise to several hundred meters in height, where strong and constant winds blow. They do not even need a tower for that. In resource consumption, they are therefore ten times better than three-winged. And best of all, “The technology makes it possible to harvest more energy with less powerful systems,” says Fort Felker, director of the US National Wind Technology Center.

In addition to Makani, a financially strong company that belongs to the Internet giant Google, the German startup Enerkite is working on the technology. But it will take a while until the systems start commercially. 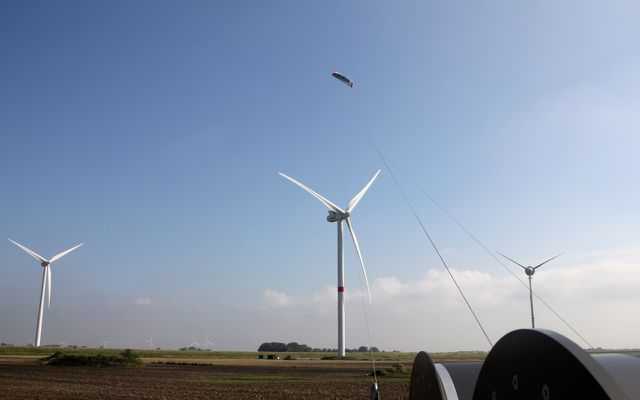 Where the wind power will develop exactly is still open. It is clear that she has tremendous powers of development. Especially at sea, undreamt-of forces slumber. According to wind researcher John Olav Tande, of the Norwegian Energy Research Association Sintef “the potential due to the existing sea surface is many times greater than the global energy demand”.

The goal of all efforts is the lowest possible power generation costs. Specialists are already talking about producing the kilowatt hour for a few cents. It would be fantastic: wind electricity would be the cheapest source of electricity.

** Links to sources of supply are partially affiliate links: If you buy here, you actively support Utopia.de, because we then receive a small part of the sales proceeds.

Exciting thoughts on wind power. Unfortunately, many countries still want to retain atomic energy and fossil fuels as long as possible. And otherwise we just have to discover new sources of energy: http://www.saoiaebi.com/the-world-of/muckistrom &# 128521;

New construction of wind power is already paying off in Germany and in the majority of European states over the construction of new coal-fired power plants. Not only on the sea but also on land. The current slow rate of expansion is politically desired. It could be much faster if politics did not want to protect the old energy companies with their conventional power plants. Market economy is a hollow phrase. In order for the conventional energy companies to be financially strong enough for a while to make a small contribution to the decommissioning of nuclear power, our future and that of our children will be delayed by decades.

To point 4:
Wind turbines with 2 wings have much greater vibration problems than wheels with 3 wings. The height difference of a wind turbine with two wings is by the two extreme positions horizontally and vertically are much larger than three wings. When the extreme positions are a tip at the top or two peaks slightly lower.
Because the air velocity increases strongly with increasing altitude, the pressure on the blades and the tower changes constantly with two wings. This wears down the material much stronger and faster. That’s why most manufacturers have opted for three-bladed wheels.

Who should believe all this nonsense? ?
Anyone who knows the maritime environment,
We know for sure that materials like steel or concrete do not have to be found in long-term floating projects in saline waters. But it is taken in the purchase, that here very many maintenance intervals will be necessary.
Because there is supposedly no other material that would be able to carry the existing weights of the wind turbine with tower. And the train and compressive forces that arise in addition from the occurring wind and waves, successfully dominate over 20 years. These are actually derived via the anchoring chains attached to the seabed anchor systems.
Why floating platform systems with so much weight are needed, is actually only to explain! They do not know any better material for it.
The solution is so simple and is currently being proven worldwide in many new construction projects for 100m high buildings and very large hall roofs every day. I’m talking about the latest wood technology. This is what statics-bearing structures and the existing train and compression forces, on the same level as steel or concrete material for floating platforms have to show. With the advantage of being up to 14x lighter. This opens up new horizons for the maritime floating market, not just for floating wind turbines. With built-in trim tank, the focus is always in the water. The further advantage lies in the absolutely maintenance-free floating platform. And it is a renewable resource of nature. Wood and salt water are natural products and fit together. The wood is protected with a coating against moisture and UV rays against cracking.
The costs of anchoring are considerably cheaper.
This also affects production and transport.
As long as only steel material is used for floating platform systems again and again, reasonable electricity prices are certainly not achievable.

Statoil and Siemens also have to face this truth.