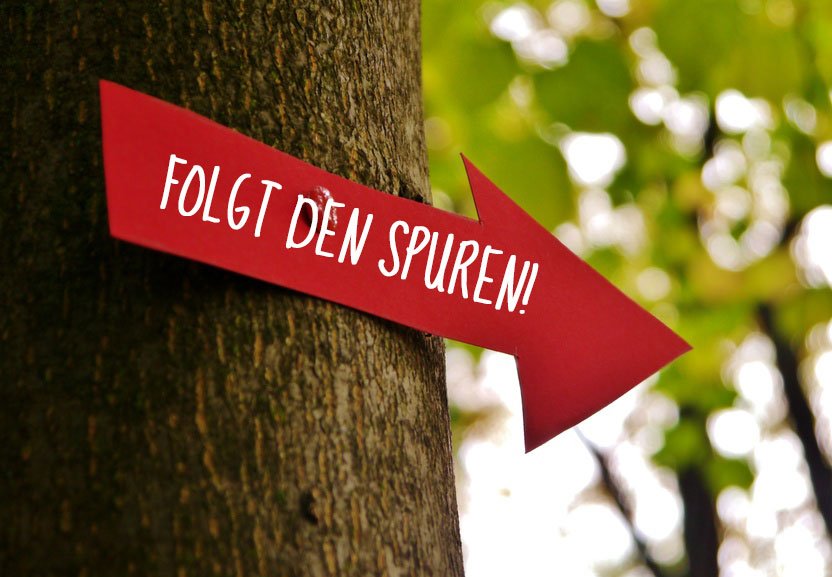 A scavenger hunt is one of the most popular games on a children’s birthday party. And there is hardly a better theme party for it than the police birthday, right? Send your police team on a criminal hunt and have stolen goods tracked down. To do this, you need an accomplice and, of course, a sound story. After all, you’re dealing with clever criminal hunters. Don’t worry, we will help you!

You need:
an initiated teammate (for example, this could be a good friend or a neighbor – preferably someone who lives nearby)
an old, eye-catching wallet
4 to 5 tips for the scavenger hunt
Finder’s reward (giveaway box for each police officer)

Preparations for the police game:
1. Agreement: Talk to your accomplice about exactly what to tell. The following questions should be answered: What was stolen? Clearly, a wallet. What did it look like and what was in it? Where was it stolen? What did the thief look like? For example, it could be a green wallet that still contained five euros (toy money) and a (crafted) ID card or an (old) ticket. The theft took place nearby the apartment in front of the kiosk on the corner and the Thief was wearing a striking red scarf and blue hat.

2. Hints: Get all the utensils you need to scavenge for the police birthday. This includes the old wallet with money and ticket, a red scarf, footprints. Distribute the information for example in the nearby park.

3rd degree: The scavenger hunt can end differently. But in any case, the stolen property will be found! But then consists For example, the possibility that the small police officers can hand over the wallet found at the nearest police station and receive a finder’s reward. These can be the giveaway bags that you have previously given there. Perhaps you have a police station nearby that would like to take part in this campaign for the children’s birthday party?

Or the investigators bring your find back to your accomplice, who is very happy to get her wallet back and who hands over the gift bags to the successful police officers as a thank you.

May the scavenger hunt begin:
1. Your accomplice rings energetically at your apartment door. Go to the door with the police team and see who it can be. Your accomplice is there and is very excited. A thief has just stolen her wallet! Would the police be able to rush her to help? An indication of where the thief struck, what he looked like and a description of the stolen item should not be missing in the report.

2. Take your police crew to the crime scene and inspect the crime scene with magnifying glasses. A first clue must be found here. And lo and behold – an old ticket with the victim’s name – is there on the ground! The thief must have lost it. Go on! You have a feeling that the long finger went towards the park. After all, you can hide well between all the trees. The little policemen will definitely see it that way too.

3. A red scarf hangs over a branch at the entrance to the park! Didn’t the thief wear a red scarf? I agree! Now it is certain: you are on the right track!

4. Shortly thereafter, you come across suspicious footprints that clearly point in a certain direction. The police force can certainly guess where to go now?

5. After a little bit in the corresponding direction you will find a blue cap. The thief didn’t want to be recognized by the striking things, so he probably threw them away. And he was definitely in a hurry. Otherwise he would have hidden the cap better. Then who the thief may be careless and has also lost his stolen property here? Let the police look around the area for a green wallet. When all the little sniffers are distracted, place the wallet inconspicuously in one place so that it can be found by one of the police officers.

6. If the stolen property is found, it must either be taken to the police station or returned to your accomplice. Juhu! The case is solved. Now all small law enforcement officers get their well-deserved finder’s reward.

Tip: You can also surprise the kids with the mini fingerprint set. After the celebration you can of course take your set home with you as a souvenir.