What is the best way to start kindergarten? What should parents prepare for? We reveal how the familiarization phase for the daycare usually works.

It starts in the first week of September. Leonie (3) can hardly wait and enthusiastically tells everyone “I am already so tall. I am now a real kindergarten child! ”Next to her big sister’s satchel there is now a small backpack, equipped with a drinking bottle and lunch box.

But not every child welcomes the new phase of life so enthusiastically, some children are rather fearful and shy and have never had the experience of being separated from mom and dad for longer.

Youngsters who already had experience in the crèche or with a childminder usually find it easier to get used to kindergarten. But even if it is easier for them to separate from their parents because they already know them, a lot of things in kindergarten are still new and unfamiliar to these children – a new, usually larger group of children, the educator and the rooms. Quite a lot of new impressions for three year olds.

For children who were previously only cared for at home, the changeover is even greater. In addition to the many new impressions, there is also the new experience of a separation of several hours from the most important caregivers in life. In order for the kindergarten to start well, there is a familiarization phase in all kindergartens. But how it is designed differs from kindergarten to kindergarten – and often also from child to child. 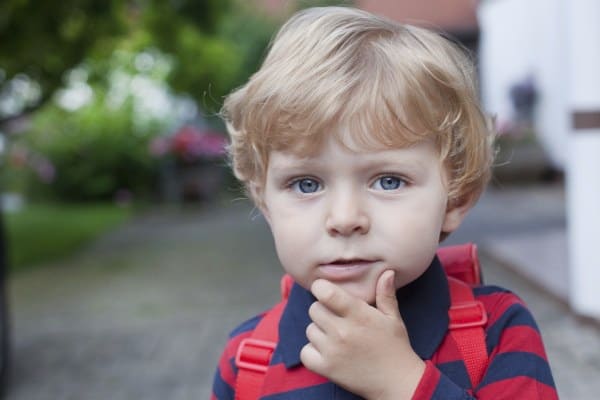 Acclimatization phase – Tips for the start of kindergarten (© Thinkstock)

Good preparation before the actual start

Ideally, the youngsters should look forward to the start as much as Leonie. It helps children to adapt to the new situation with picture books (a classic is e.g. "Connie is coming to kindergarten"). Some kindergartens offer special play groups in the months before the actual start. Here the children and their parents visit the kindergarten for two hours once a week and get to know the new surroundings a little. Children’s circles and play groups are already preparing the youngsters for a new group situation with other children and for entry.

It is also helpful if the kindergarten offers an "open house" so that the children can see their new play area. This way, the child can get a first impression and on the very first day, a lot is not that strange anymore, maybe the teacher will reveal where the subject or a hook for the child’s things will be?

There are often preliminary talks before the first day in kindergarten. The parents mostly made a conscious decision to set up a facility. When registering, the educators usually explain how familiarization takes place in their kindergarten. Parents should specifically ask here because they know their child best and know whether it will be easy or difficult for them to get used to kindergarten.

A gentle start is common in almost every kindergarten today

Not only children have to get used to kindergarten – parents too. The more familiar they become with the teachers in the facility, the better. It is important for children to feel that their parents entrust them to these new people with a clear conscience.

In most kindergartens, the child receives a contact person, often the kindergarten teacher from the child’s group, who will take special care of the newcomer in the first few weeks. Parents should definitely plan them expect a settling-in phase of around four weeks. So if you are on 1.10. want to work 30 hours a week again, should 1.9. start with kindergarten.

How exactly does it take to get used to it??

In many facilities, only one child starts at a time, so the teacher can consciously take time for every beginner. The child is greeted on the first day. It gets to know the other small and large children from its group, new rooms and new rituals.

In the first few days, it is often so common that the child initially only comes to the facility for two to three hours and is accompanied by a parent. However, the parents should usually remain in the background and ideally not get involved. If the child is still very insecure, he can simply sit on Mama’s lap and get to know the new surroundings very carefully at his pace. But often the children quickly entrust themselves to "their" teacher and discover the kindergarten together with them. Then the parents should withdraw in consultation ("I’m sitting back there.")

In some kindergartens, mums and dads then sit in the hallway for a few hours. This is important for the children, they know that they can walk to the parent at any time. It is often exhausting for parents, because those who have not brought a book with them are usually terribly bored. Because playing is not allowed, often you don’t see your own child.

The "Berlin model“Acclimatization is now practiced in many institutions. Here the acclimatization is divided into three phases: the first, the basic phase, takes about three days. On these three days, the child spends one hour in kindergarten on the first day, two hours on the second day and three hours on the third day. Every day, the parents move into the background more and more – may be in the group room at the beginning, but withdraw more and more.

The second phase is the stabilization phase. If the child has "arrived" in the group and with the teacher, the parents can leave the kindergarten group entirely. The child does not see the parents at all in time, the parents are now completely in the background – or in the cloakroom area. The child knows that the parents are there, but mom and dad no longer play a role in their new day-to-day kindergarten. During this time, the attendance time becomes longer, so that the child gets to know the normal daily routine, with lunch, morning circle, play and later lunch. 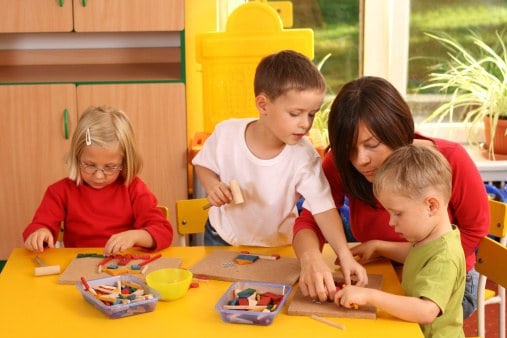 In the last phase, the final phase, parents leave kindergarten. What is important is a – preferably short – farewell ritual. Some children "push" the parents out of the door so that they can now go to work. Under no circumstances should parents "sneak out". It is important, however, that mom or dad are not far away and can always be reached by phone. As in the previous phase, the absence of the parents then increases day by day.

Every child has its own pace

There are children who take only a few days to get used to. Others are enthusiastic at the beginning, but after three weeks it suddenly becomes very difficult. Because then the attraction of the new is gone and the child realizes "this is always the case now". Saying goodbye is also not easy for some little ones. Close consultation with the educators is then important. Perhaps it is easier if you are allowed to take your favorite cuddly toy with you? Or is there a photo of mom and dad in a backpack? Some children also need an extra thick mom cuddler. Or actually a faster farewell.

After the first day of kindergarten, the little ones are still very tired in the afternoon – parents should also consider this during the familiarization phase. It is a new situation for everyone in the family. But one that becomes a habit after a few weeks. Soon the children will tell about their everyday life – or not. This is also something that parents still have to get used to. Your child starts to take the first steps all by itself. It gets to know new friends, experiences new things and will not tell everything at home. But that’s a good sign. Parents can find out how well the child has "arrived" in kindergarten not only from the teacher, but also from their offspring – if the parents are greeted with a "does not want to be picked up", then the child really likes being in kindergarten.

We look forward to your experience. Share in the comments what the first days were like for your child in kindergarten! What went well Which is not so much?