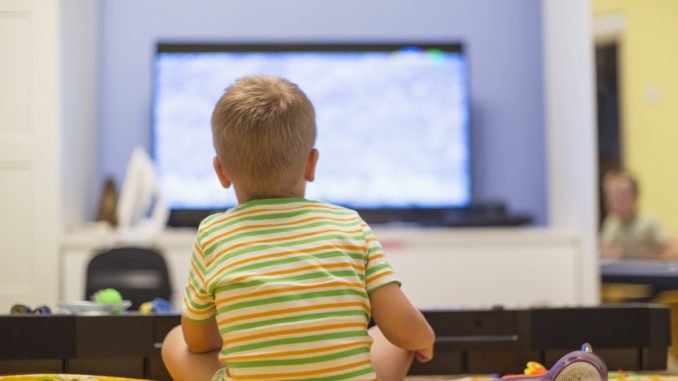 Most children under the age of 10 are not only in possession of a cell phone, mostly tablets and televisions also decorate today’s modern children’s rooms. However, parents should make sure that the children do not spend too much time in front of the digital media, but limit and regulate consumption. Excessive and responsible action is too much to ask of younger children. A television in the children’s room would probably overwhelm the children.

Researchers and psychologists almost agree that children should learn how to use the media and should not be denied access to them. This does not mean that parents let them watch television without restrictions, but that they teach them targeted and conscious access. The modern world has become indispensable in today’s world and children are growing up with technologies that will later be seen in their jobs as key qualifications. So it’s not wrong for children to learn how to use cell phones, computers and televisions, just these things shouldn’t be the main thing of the day.
Television can also be used in a qualitatively sensible manner, but there is only a slight learning effect here, since children learn and theirs through experience, understanding and practice environment experience.

At what age is television okay??

Children won’t ask for the TV if they don’t know it. Once started, however, they will probably demand it again and again and then it is up to the parents to regulate consumption and with the Child to select useful programs and watch them. The child will have many questions and can ask them immediately. It is advisable to start watching television at the earliest of four years, the television time should then not exceed half an hour. However, this presupposes that the parents act as role models and do not have the device running permanently when the child is present.
Television or television bans should not be used as a punishment or reward, as this component would make television more attractive and attractive.

It is important to pay attention to a careful selection of the series, because many children’s programs give a sympathetic impression, but convey values ​​and confront the child with situations that it is not yet able to cope with. At this point, parents are asked to do educational work.
The length of the programs also plays an important role, since children cannot concentrate over a long period. Children’s films that last over an hour are only interesting from about elementary school age.