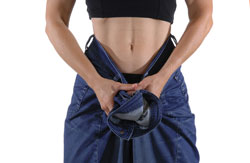 For several years, numerous training programs and campaigns have been taking place for overweight children and adolescents. The flip side of the coin, the underweight, is hardly a topic in public to this day. The fact that gaining weight can be a real problem is often underestimated as much as the suffering of adolescents. So-called "bean stalks" and "asparagus tarantulas" can seemingly "Eat as much as you want", but don’t increase. Causes and consequences of underweight are diverse, but not always questionable. Those who weigh too little do not necessarily have health problems. However, if the underweight with a malnutrition and that there is an undersupply of nutrients, caution is advised. A balanced and tasty diet supplemented by many high-calorie tips can help to weigh a few pounds more slowly but surely.

Underweight in adolescents – no problem?

About 8 percent of children and adolescents between 6 and 16 years are at least 15 percent below their normal weight and are therefore underweight. The current Child and Adolescent Health Survey found that 21.9 percent of 11-17 year olds have characteristics of an eating disorder. Girls are affected almost twice as often as boys. The "slimming craze" is still worrying. That is why female teenagers often opt for a strict and one-sided diet. Other teenagers are underweight without the desire to be slim. They find their body and especially the thin arms and legs unattractive. Unsuccessful attempts to gain weight put a lot of strain on young people and above all on their self-confidence.

When does underweight begin?

Even without scales and calculations, underweight can be easily recognized by the sharp protrusion of the chest and pelvic bones. The body mass index (BMI) can also be used to assess whether the weight of children and adolescents is within the normal range. The BMI indicates the relationship between height and weight. For the calculation, the body weight in kilograms is divided by the height in meters squared.

Weight classification according to BMI:

Since the normal body fat percentage in children and adolescents changes constantly depending on their age and gender, the percentile curves (growth curves) for the BMI have been developed for them. The percentile curve shows the range in which the value is based on age and BMI.

Heredity plays an important role in the causes of underweight, because the body structure is largely determined by the genes. Some people have a genetically very active metabolism. Their calorie requirement is on average 300 to 400 calories higher than that of people who are "good feed utilizers" and tend to gain weight quickly. Even under stress, which hits many people on the stomach, there is also some weight loss. Stress affects the feeling of hunger and appetite. Particularly active underweight people, who generally place little importance on food intake, also tend to be underweight. They even forget to eat something every now and then.

Weight loss in the event of illness

If you eat normal and are still underweight, you should definitely have a doctor check whether you have an illness that is associated with weight loss. This is the case, for example, with inflammatory bowel diseases such as Crohn’s disease or ulcerative colitis. Food intolerance or hyperthyroidism can also be responsible for low body weight.

There is an eating disorder?

Not every underweight adolescent suffers from an eating disorder. And yet a body mass index below the normal range could also have a purely psychological cause. If parents suspect that the adolescents are suffering from severe forms of disturbed eating behavior such as anorexia (anorexia nervosa) or eating-vomiting addiction (bulimia nervosa), professional help from a doctor or psychotherapist is always required.

Those who are underweight do not automatically have to get sick. Some people do not gain weight due to their increased metabolism and remain very slim for a lifetime, even though they consume plenty of calories. If underweight teenagers feel comfortable and productive, there is no cause for concern. For safety reasons, the health status of the pediatrician should still be clarified. Aiming for normal weight could be a long-term goal.

Underweight only has a negative impact if there is a malnutrition or malnutrition at the same time. Insufficient intake of the essential nutrients carbohydrates, fat, protein, vitamins and minerals is shown in the long term by a variety of symptoms. The immune system is weakened by the breakdown of muscles, fat tissue and metabolically active cells. Underweight people are more susceptible to infections and have few reserves for stressful periods. The risk of later osteoporosis is significantly higher in underweight people than in normal people.

If medical reasons for underweight are excluded, it is helpful to take a closer look at eating behavior. A nutritional log for 4 to 7 days provides information about the actual nutrient and calorie intake. It also clearly shows where calories can be added or saved too much. The basis for weight gain is in any case a wholesome diet. It should be balanced and cover the need for all important nutrients. As a guideline for the composition of the diet, the same recommendations apply as for normal people. The food pyramid shows the amounts and importance of the individual food groups per day that children and adolescents should consume. 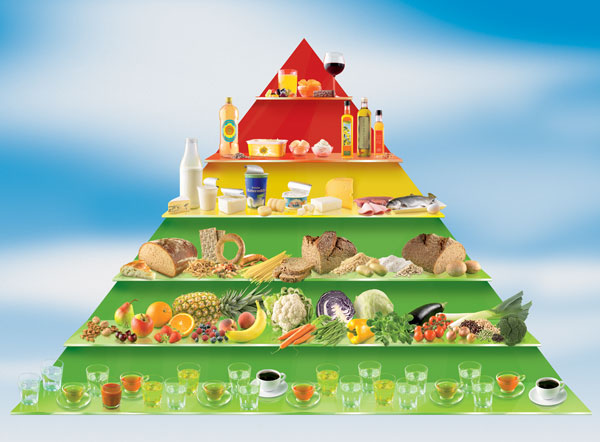 The goal for underweight people is to achieve a slow but continuous weight gain by means of a balanced and varied mixed diet. For gaining weight, it is ideal to take at least five to six meals a day or to eat something every two hours. High-calorie snacks between meals improve the energy balance. Diet and light products are not part of the diet of underweight people.

This is how dishes become rich in calories

The art of gaining weight is to eat high-calorie meals without quickly feeling full. The easiest way to achieve this is by using an energy-rich preparation and upgrading the dishes with calories from fat and sugar. Flatulent and highly filling meals are unfavorable because they inhibit appetite rather than increase it.

Enrich soups, sauces or casseroles with 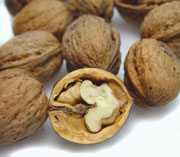 Salads or raw food supplement with

Low-calorie alternatives are naturally available or influenced by many foods. Underweight people should in any case always for decide the high-calorie variant. When preparing the food, care must also be taken to add more energy.

To be preferred for underweight:

Instead of mineral water, two liters of undiluted fruit and vegetable juices are allowed per day. For a change, a glass of whole milk, cocoa, soy milk, lemonade and cola tastes good. Milkshakes can be upgraded well with cream ice cream or delicious fruit and a cherry on top. It is best to sweeten tea with honey or syrup. Better drink after eating as before or with it, otherwise you are full early.

This stimulates the appetite: 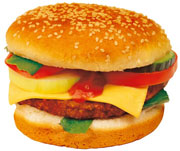 Eating in company increases appetite. For a high-calorie meal – contrary to other recommendations – the fast food restaurant is also a good place to go. A maxi menu delivers more than 1000 kilocalories and also brings variety, a nice community and lots of fun.

Those who are not successful with “normal” foods can try high-calorie drinking foods from the pharmacy. They come in many different flavors, sweet and savory. They are suitable good as well on the go.

Intensive exercise and high stress can slow down the feeling of hunger. Light and regular exercise is important and can even stimulate your appetite. Exercise to build muscle is recommended. This shapes the body and promotes a positive body feeling, which is often not very pronounced in underweight people. In endurance sports such as jogging, swimming or rowing, many calories are consumed, which then have to be replenished with food. To avoid excessive fat burning in these sports, they should be done for a maximum of 20 minutes.

Calculation of the body mass index

The Free State of Bavaria provides you with independent, science-based information on consumer protection on this website.
Unfortunately, we are unable to offer individual legal information and personal advice. We are also not allowed to warn companies that are anti-competitive.
If you still have questions about your specific situation, please contact the contact points listed under Service.