Wallberg (1,723 m) on the Tegernsee – hike from Rottach-Egern 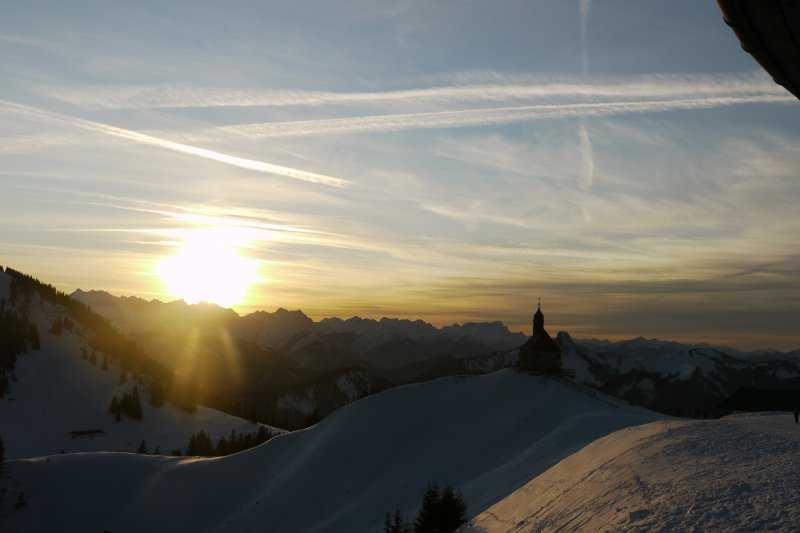 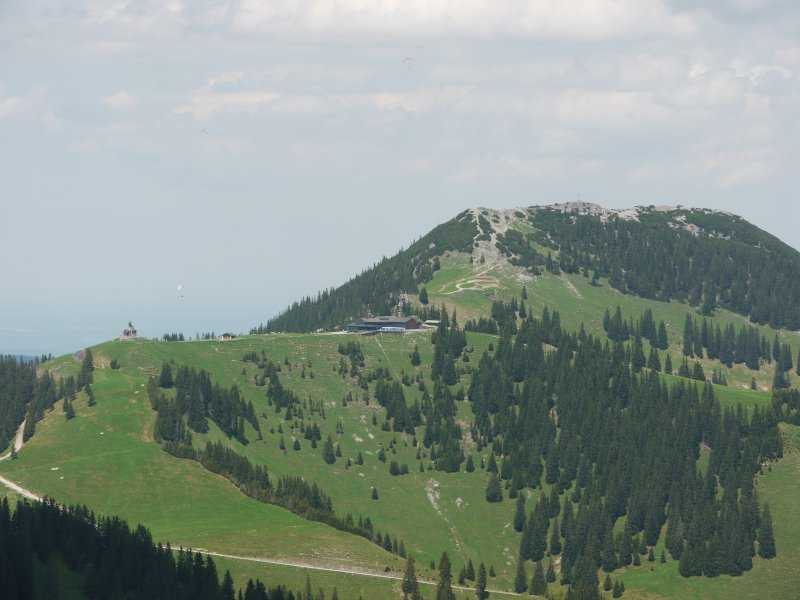 You can climb the beautiful summit almost all year round. For the summer season, only the ascent seemed to us to be too easy, so that we have now made a winter hike out of it.
The view on the Wallberg is really great and you should not miss it.
If there are good thermals you can also watch the many paragliders that start at the bottom of the Wallberghaus.

The only drawbacks are the cable car, which unfortunately carries too many people on the mountain and in the winter meanwhile also the hosts of tobogganers plowing sledges down the toboggan run.

You can either stop almost at the top of the Panorama Restaurant at the mountain station of the Wallberg-Bahn, slightly below in the Wallenberg House or something further down in the rustic Wallbergmoosalm (1,117 m).

The ascent to the Wallberg

We started the ascent at the valley station of the Wallberg-Bahn in Rottach-Egern at 780 meters altitude. There you can park your car well and free.
Right hand of the mountain railway and left hand of the toll road (in winter = toboggan run) has a sign in the forest direction Berggasthof Wallbergmoos, which means the Wallbergmoosalm. In winter, you have to be careful here a little bit, because after a short time you already reached the ski slope (be careful skiers!) And this must cross. On the other side of the ski run, continue up the forest on a relatively wide path.

Pretty soon (at about 900 meters altitude) you have to decide on a fork in the road /> Basically you can follow both ways, the winter path is a little bit longer. For the eye, this decision is not so important because both ways back together before there is beautiful eye nutrition.
At about 1,400 meters you either way southeast out of the forest on the broad meadow saddle between Setzberg and Wallberg. Right at the foot of the Setzberg you can already see over to the Wallberghaus. In summer you will see here the wide driveway which is in the winter toboggan run.

If you now meet the driveway you go up this way. In winter, it is better for your own health right the toboggan run up the steep mountain slope that leads directly in front of the Holy Cross Chapel. Going up on the toboggan run would mean constantly and riskily avoiding the armada of “hobby-Hackl-Schorschs”.

A short stop at the Holy Cross Chapel Well worth it in any case already, because the view from here is quite impressive. In good weather you can see, for example, southwest to the Zugspitze.
From the chapel it is only a few meters to the mountain station of the Wallbergbahn with the large panoramic restaurant where you can make a break before or after the summit in any case well (but not cheap). (The Kaiserschmarrn is highly recommended in any case!)

From the mountain station, there are still almost 100 vertical meters to the summit of the Wallberg. In summer, the climb is not difficult, only at the end it is a bit rocky where especially children can develop quite fun and joy at the Kraxeln. In winter you can follow in the footsteps and tracks of paragliders who kindly “walk in” the way to the summit for the hikers almost permanently.

The view on the Wallberg

In fine weather, the Wallberg offers a magnificent view. Lake Tegernsee is literally at the feet of hikers. All around the Tegernsee you can see all the well-known peaks of the Tegernsee mountains such as the Baumgartenschneid, the Bodenschneid, right next to the Risserkogel and Setzberg, further to the west the striking Zacken Leonhardstein, behind Ross- and Buchstein and Hirschberg. As already mentioned, you can also see the Zugspitze in the southwest. In the southeast of the Zillertal Alps and further east also the Kaisergebirge or a little closer to the Wendelstein.

For the descent you can follow exactly the ascent route.
Those who want to take a coffee break should follow the descent to the Wallbergmoosalm instead of the signs that point directly down to the valley.

Who likes it quite comfortably can also go down with the Wallberg train. However, the fun costs per person at least 10 euros or converted into a Kaiserschmarrn in the panoramic restaurant &# 128521;

Stages of the hike

Map: Mountain tour on the Wallberg

Red line shows loop of the summer path, blue line is the winter path, which also leads past the Wallbergmoosalm.