Illegal car racing is a crime, because it endangers not only the drivers themselves, but also the lives of uninvolved persons. Those who take part risk a fine or imprisonment. A mere speeding, on the other hand, is a regulatory offence. Where are the limits – especially for drivers who are prosecuted for "racing against themselves"? 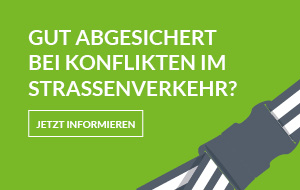 Since 2017, Section 315d of the German Criminal Code (stgb) covers "prohibited motor vehicle racing" as a criminal offense. Previously, they were only considered a misdemeanor. Background for the change were several serious accidents by illegal road racing, in which partly also uninvolved people were killed.

An illegal street race among several drivers is characterized by competition and the aim to be as high speeds to reach. It does not depend on how long the stretch is. It is also irrelevant whether the drivers expressly agreed to this beforehand arranged or spontaneous have delivered a race.

It is according to stgb punishable for participating in an illegal street race. But also the mere alignment of such a race is punishable – the person responsible does not have to have been actively driving for it. In addition, also reckless drivers racing alone punishable if they were obviously primarily concerned with achieving the highest possible speed. More in the last paragraph.

what are the penalties for illegal street racing??

For participation in an illegal street race or the organization of such a race, the following conditions must be met fines or prison sentences of up to two years possible. Even the attempt is punishable.

The possible prison sentence can be up to five years increase the penalty if the race endangers or injures people or damages "property of significant value" – such as a parked car. Up to ten years imprisonment threatened if the illegal race kills a person or causes serious damage to health.

Accordingly, individual speeders can also be punished in each case in accordance with § 315d paragraph 1 sentence 3. In addition to fines or imprisonment, a driver can also be additional penalties such as the revocation of the driver’s license can be imposed. Involved vehicles can be confiscated under circumstances as means of an offense pursuant to section 74 of the penal code.

In particularly serious cases – if, for example, a driver has condoned the death of other road users – a speeding penalty can also be imposed conviction for murder occur. This was confirmed by the Federal Court of Justice (BGH) in 2020 (AZ 4 str 482/19).

Only speeding – or illegal racing against oneself?

If two or more drivers are involved in an illegal street race, the situation is often clear: where there was competition, there was also a race. § 315d stgb, however, also expressly covers cases in which a single driver itself "moving at an inappropriate speed and in a grossly irregular and reckless manner in order to achieve the highest possible speed"".

This means: it can also be punishable to drive an illegal road race with oneself under neglect of the traffic rules. Here it is often difficult to draw the legal line: was the driver simply speeding, or was he watching a car racing thriller with himself in the leading role?? The individual characteristics and motives are often not clearly ascertainable.

Several conditions must be met, in order for a single speeder to be prosecuted under § 315d stgb: he must have behaved simultaneously

The BGH confirmed in this sense in february 2021 the previous-instance ruling against a young man (AZ 4 str 225/20). The driver had exhausted the horsepower limits of his car while driving through the city center of stuttgart and collided with an uninvolved vehicle due to his reckless driving. Two of its occupants were fatally injured as a result.

The situation was different, for example, in a 2019 before the chamber court berlin case heard (AZ 161 ss 134/19): a food delivery driver who had been speeding on a delivery trip through berlin and had disregarded various traffic regulations had been convicted at first instance under section 315d of the german traffic act (stgb). However, the chamber court did not recognize any simultaneous conduct contrary to traffic regulations and recklessness and overturned the first-instance verdict.

As a basic principle, every road user has a duty to show consideration – as section 1 (2) of the German Road Traffic Regulations (stvo) reminds us: "who participates in traffic shall conduct himself or herself in such a manner that no other person is harmed, endangered, or obstructed or inconvenienced more than is unavoidable under the circumstances."

Speeding offences are also punishable under the 2021 revised catalog of fines with significantly higher fines more severe than before.