Where to go with the kids after a breakup? The nest model is one way 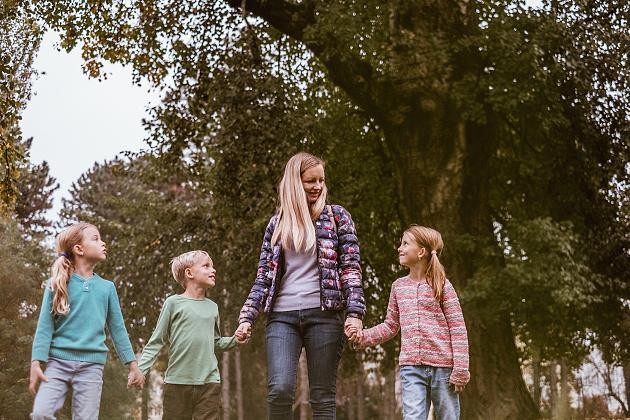 After the relationship is out, many parents wonder how the childcare should go on. Where should they live – with dad, mom or do they have to commute? The nest model offers a different solution. A mother tells what her everyday life with three children looks like now.

I recently separated from my partner – we have three children together. After a few discussions, we decided on the nest model. It is the case that the children are allowed to stay “in the nest” at home and the parents commute. However, we do not make the division 50/50. I spend a little more time with the children in the nest apartment during the week, and we take turns at the weekend. It was important to us as parents that the days are fixed so that the children can adjust to them and always know who is there for them on which day.

Everyone has their own retreat

We don’t do that, we each have our own little place to stay. A separate retreat was important to us.

The decision for the nest model was made quickly

We wanted to save our children from this, we wanted to keep them familiar. It is also simply more practical: All friends live near the nest apartment and the grown-ups can walk many ways alone, for example because hobbies are around the corner. We were able to quickly agree on the nest model because we hope that it will make it easier for the children to separate the parents. We also own the nest apartment.

Our children are 12, 9 and 5 years old. The youngest offspring will go to school next year. So far it has actually been the case that not so much has changed for them and that they are very happy with our solution and tell us so, and they were relieved that they did not have to commute.

I speak a lot and as openly as possible with my children and they also know the apartments from their dad and me so that they have an idea of ​​where we are when the other parent is with them and they don’t have to worry.

The reactions of friends were very different. Most did not know the model. Some were very enthusiastic, others were rather skeptical. My mother thought the idea was good, my father was strange. But no one has condemned her. We live in Berlin and there are so many different people and ways of life and our friends are actually all tolerant and open.

The youngest sometimes doesn’t understand why mom is leaving

Moving out for the first time was weird. And I still find it difficult. In particular, the farewell to the youngest, who does not yet fully understand why mom is leaving. It is easier if the children are picked up from school and daycare directly by the dad.

During the time when I am not with the children, the big one also logs in via Whatsapp and with the children’s papa, arrangements are relatively straightforward if something should happen. I’m a maximum of three nights without the children, so we don’t necessarily have contact. I also think it’s good if they adjust to their dad in time.

The days without children are good

During the childless period, I was still very busy organizing and furnishing the apartment. Despite the small budget, it should be cozy and nice and I have a lot of fun setting it up! There must be something practical with children or you should keep the ole sofa because the children constantly add new stains. But you can implement completely different ideas on your own.

In my free time I meet friends, go to the theater, the cinema, to events. But I also enjoy very, very, very much the time alone, start learning an instrument and come to read! I admit: It is also a great time for me, after years of responsibility for almost everything that affected the children. Now I have myself every other weekend and come to rest. I am doing very well.

We are aware that our nest model could also fail. In any case, I have been a much happier woman since the separation (it was a very long, difficult process, but it was worth it!) And I know that I can do a lot and will also overcome future hurdles.