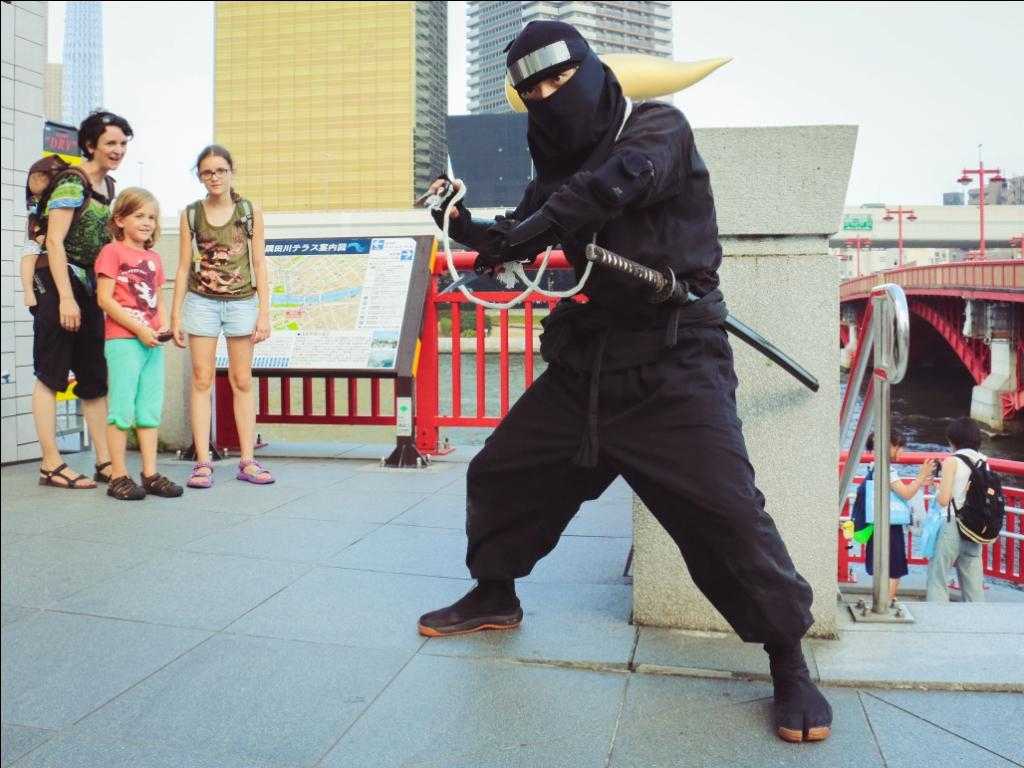 Who is afraid of Japan? These 5 prejudices and stereotypes are not correct!

How often do we smile about the astonished to shocked reactions when we talk about our destination Japan! As if we were traveling in the horse-drawn jungle in the jungle full of native people – or would be beamed with the time machine in a completely crazy science fiction world. Japan is a country like any other, and the often-expressed prejudices and stereotypes should not keep you from traveling to Japan with children.

In Japan, dangerous ninjas everywhere are jumping around ?! nonsense.

Prejudice # 1: I can not speak Japanese

So what? We can not Japanese, but we have already traveled through Japan twice without any problems – and well off the beaten tourist route. Incidentally, we can not speak Thai, Vietnamese or Khmer – we do not even speak Czech, the language of our neighboring country, where we go on vacation every year.

Where is the problem of traveling to a country whose language you do not master? Contrary to prejudice, some Japanese speak English – or at least they understand it, even if they do not dare to say anything. Secondly, and more importantly, we were always able to communicate with hands and feet and the help of Google Translate at least to the extent that we got what we needed. Japan is a state-of-the-art, civilized and globalized country that does not shut itself off from overseas visitors.

Who speaks fluent Japanese, of course, has advantages when traveling in Japan. But that is the case in all other countries. It is also quite fun to learn a little Japanese and use it on the way – it is always practical if you can read the signs.

But for that you need at most three weeks, and it goes without a doubt synonymous. One reason to refrain from traveling to Japan is definitely not the language barrier! 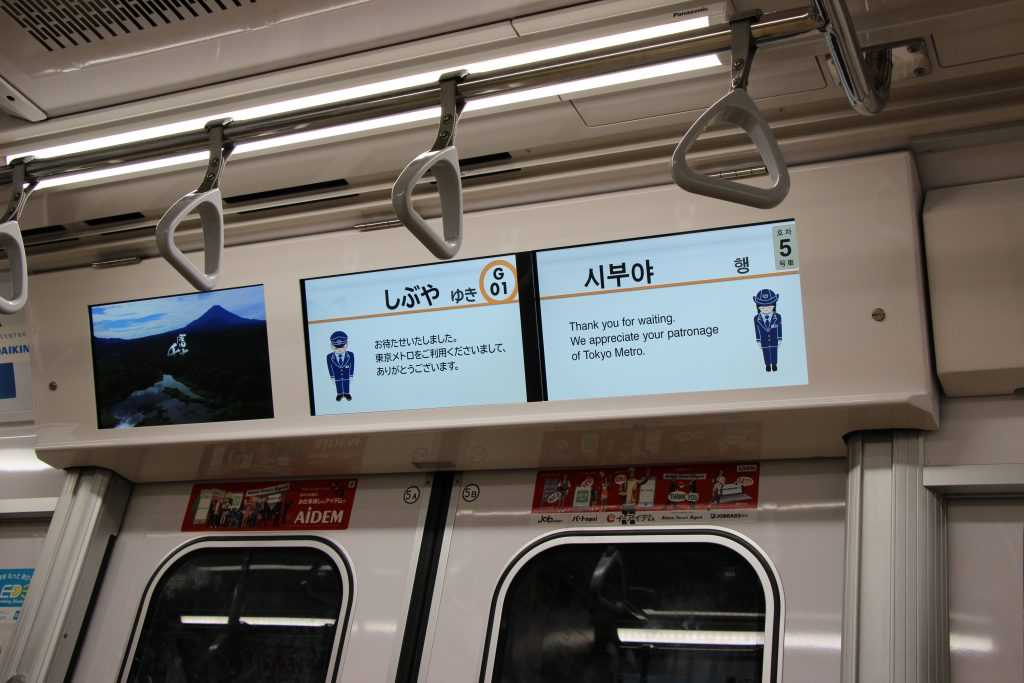 Traveling Japan without Japanese – is no problem

Prejudice # 2: In Japan, there are only skyscrapers and crowds

This prejudice is forgivable, because everything that we get so incidentally from Japan in Japan fits into the drawer: high-tech stuff and travel groups.

Yes, in Japan there are cool cell phones, lightning fast Shinkansen trains, talking robots and much more, which makes the tech nerd happy. In fact, in the metropolis of Tokyo, a few skyscrapers stand out whose sides are adorned with neon signs. And clearly there are quite a few people on the way. 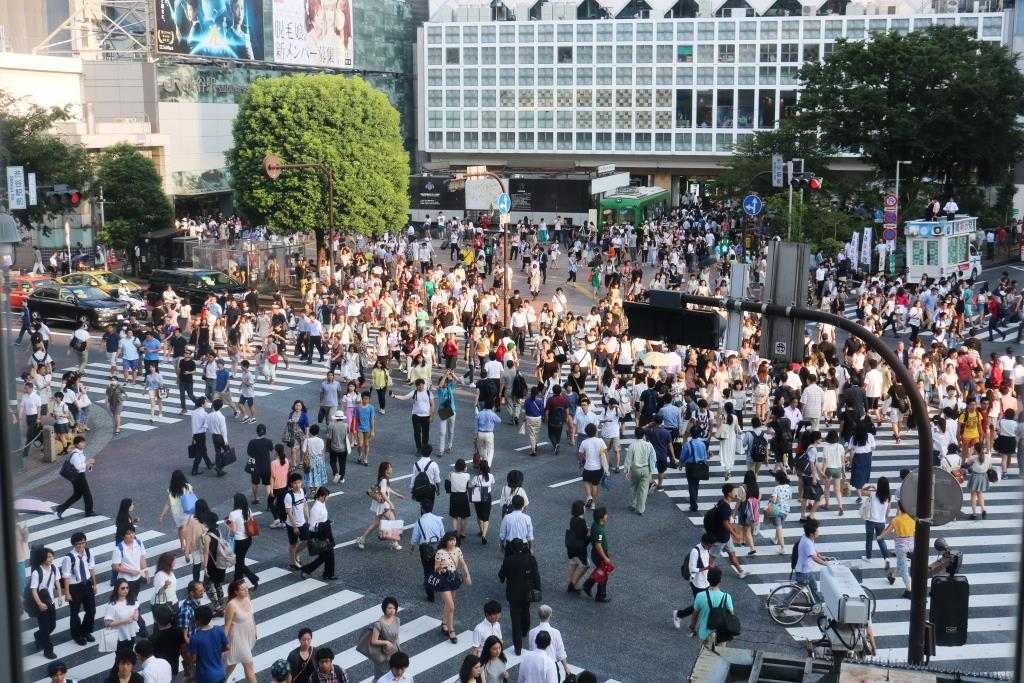 Crowds in Tokyo? Even on the Shibuya intersection, it is civil

But that’s not all that makes Japan – some would argue that Tokyo is more the exception and not typical for Japan. Most people in Japan live in tranquil small towns or suburbs, in their own small terraced house surrounded by flower pots. Even large parts of Tokyo look like this! Between the towns there is dense forest in a mountainous, often untapped landscape; wide, pristine beaches line the coasts between the cities.

Drive in Campervan off the toll roads; You will not see a neon sign for days and look forward to seeing a small, boxy car with an ancient granny in it. Japanese value tranquility and nature, and that’s exactly what you‘ll find in every corner of Japan (albeit often “neatly” rebuilt to make it look pretty).

And even in Tokyo, in the midst of people’s hustle and bustle, we never felt as stressed or stressed as in Bangkok or Hanoi. The Japanese are always mindful of the big city; there is no loud phone calls gesticulated or even jostled, on the contrary. 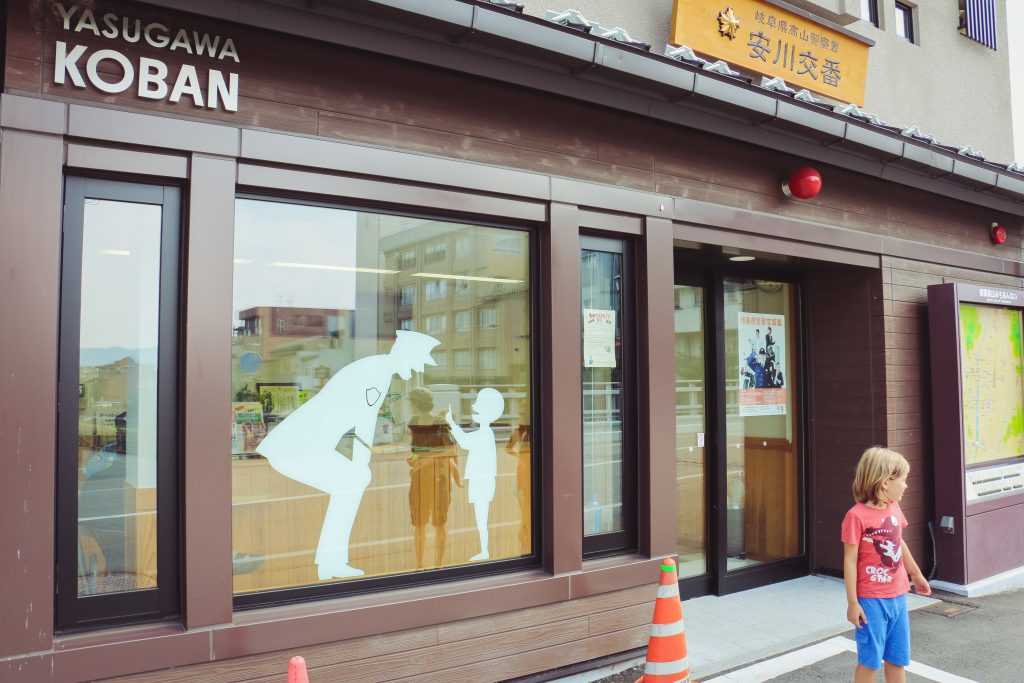 The police, your friend and helper: definitely in Japan

Pedestrian traffic lights are also monitored by traffic police officers, who ensure that the road is completely safe and then politely bow to the road users. At each corner are uniformed helpers whose sole purpose is to ensure a smooth, polite coexistence. And even at rush hour, when thousands of commuters stream into the subway at the same time, things are calm and civil – white-gloved train employees gently and apologetically push through until all passengers are on the train.

It’s a surprising and somehow crazy, but heart-warming experience to experience the big city of Tokyo – and it’s certainly not something that should keep you from traveling to Japan! 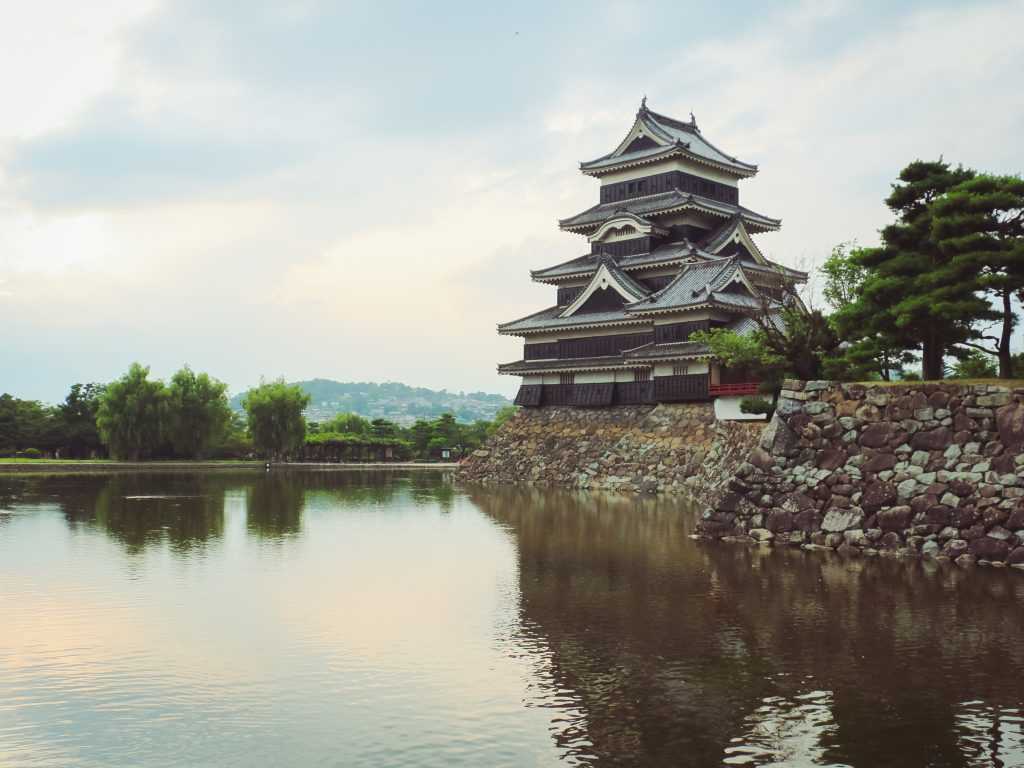 The classic Matsumoto Castle: the “other side of the coin”

-> For example, it is so tranquil in the village of Tono, or in Hiraizumi …

Prejudice # 3: Japan is not for children

In which country in the world do you have a high seat in every (!) Public toilet where you can put your baby while you pee? Where else are there gifts (!) For the children in the restaurant after they have eaten? Where do even bearded grandfathers and wretched grandmothers make trouble to make strange babies and children laugh??

Welcome and probably we have always felt with our children in Japan. In addition, Japan is a great destination for families:

-> That is how we experienced our arrival in Japan

Anyone who insists on doing child-specific things with their children will find something on every corner in Japan, because the Japanese parents also want to offer something to their kids: There are playgrounds everywhere (safe, clean), museums with events for children and even big ones Adventure Parks – Disneyland or Sanrio Puroland (Hello Kitty!) In Tokyo and Universal Studios in Osaka (Harry Potter!) Are by far not the only attractions. There are beautiful beaches, enchanted temple cities, dense forests, quiet lakes … Our children have never complained in Japan, they would be boring.

-> Even if you do without the expensive sights in Tokyo, you can have fun with children here Mysterious, calm and green: that, too, is Japan!

Prejudice # 4: I do not like fish / am vegetarian / vegan

We can not understand how one can dislike fish altogether, but that one deliberately avoids the consumption of animal products, of course. And clearly, there are also people who have food intolerances and therefore need to avoid fish or seafood.

Just because you do not want or can not eat fish, you do not have to do without a trip to Japan for a long time – because listen and be amazed, the Japanese also eat a lot of other things!

And, even crazier: In Japan, there is not only Japanese food, but also Italian, Chinese, American, Thai … Just as little as we eat pork knuckle and sauerkraut every day in Germany, modern Japanese confine themselves to their country cuisine.

In the supermarkets there is everything from toast to canned meat and bagels, everything you know from home; In the fast food restaurants you can buy french fries and hamburgers like everywhere in the world. And the Japanese cuisine itself offers delicious, fish-free curries (“ka-ri”), steaming ramen noodle soups or “hot pot” dishes with hearty white cabbage and bacon. Oh yes, and sushi and onigiri are of course also available in vegan variants. Of course, normal food is also available in Japan. We just did not take pictures

Even if you are struggling with foreign food (or, more likely, if your children are a bit grumpy), in Japan you will have no problems getting full. Although you are missing out on a large and important part of the culture of the country, because the food is enormously important to the Japanese – but you can also easily discover the beauty and fascination of the country as a non-fish eater.

Prejudice # 5: The Japanese are all crazy!

If you look at travel reports on TV about Japan, you will inevitably see young people disguised as manga figures, waitresses in super skirts on roller skates, capsule hotels and love hotels, and here I will stop better. Japan is only crazy about its urban regions – outside of Tokyo and Osaka most people are rather stuffy and normal

What you call “crazy” is probably just “different” and “incomprehensible.” It is true that Japanese customs can seem quite strange to outsiders. But for the Japanese, it is quite normal to bow politely, to wash before bathing, to walk in a kimono, or to jump out of the water in the open-air swimming pool.

Japan is one of the few First World countries whose old traditions are still preserved in modern day life and are cultivated not only on festive days or by folklore groups. 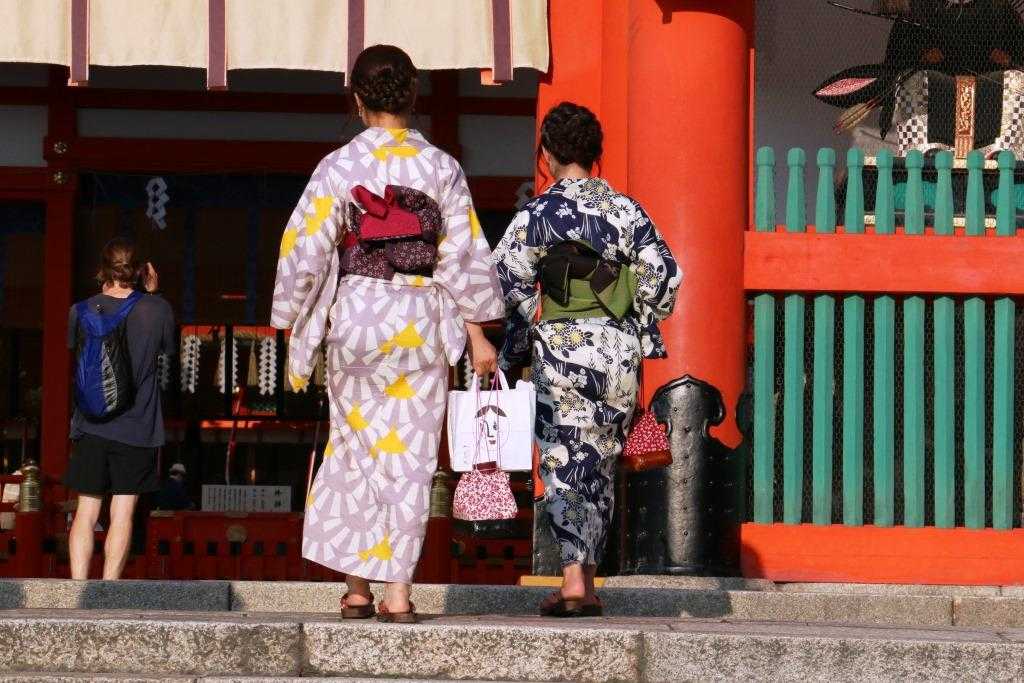 Japan without prejudice: women in kimono are quite normal here

On your trip to Japan you can admire, imitate or turn a blind eye to these foreign customs – all of which make Japan a fascinating destination. And do not be afraid of faux pas! As easily identifiable foreigners, completely different rules apply to you anyway. The Japanese are almost expecting you to be wrong – “gaijin” just have no idea about proper behavior, that’s normal. Instead of disapproving glances or anger, you are much more likely to get a hearty giggle or be politely ignored.

Fear of really crazy people who are going to annoy you, make you lose your money or even hurt you, you really do not have to have in Japan – it’s one of the safest countries in the world. Could we convince you to try a trip to Japan with children? Or do you have other worries – which ones??

More reassuring to your worries about a trip to Japan with children: 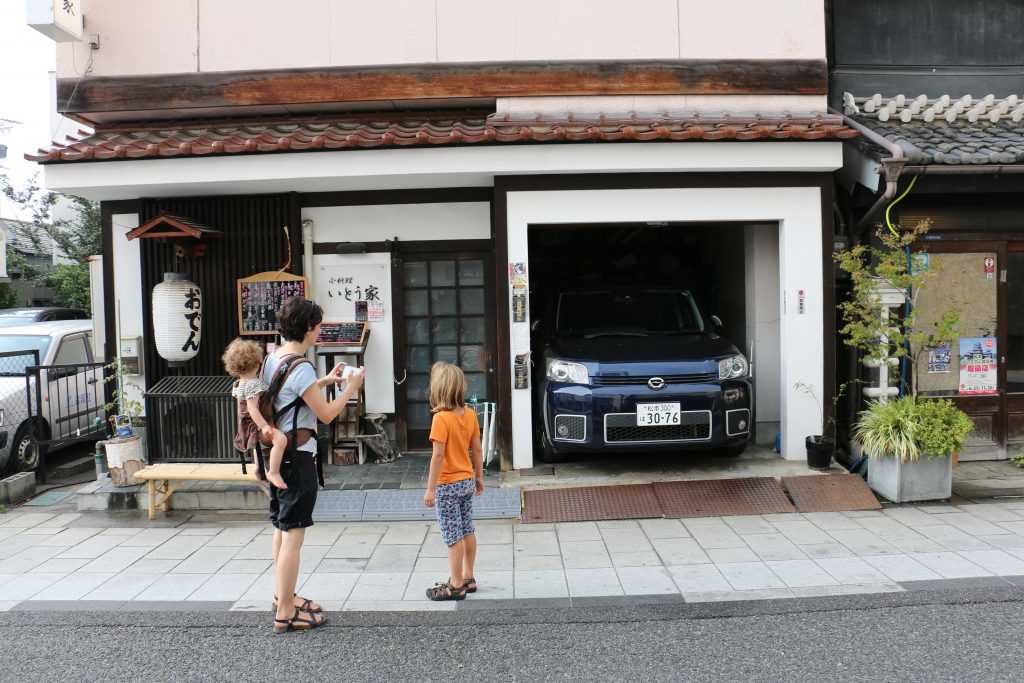 Foreign Japan? Of course, that makes traveling so exciting!