Children lie when they feel they can’t do anything else. At the latest in elementary school age they are actually in […] 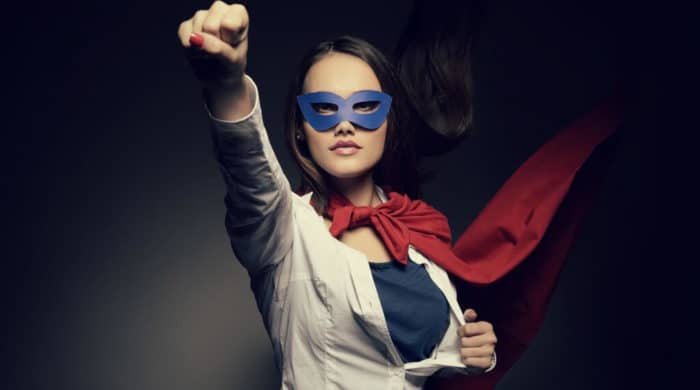 Why do children lie?

Children lie when they feel they can’t do anything else. At the latest in primary school age, however, they are actually able to assess the "appropriateness" of smaller lies.
The family atmosphere is an essential factor that influences the child in terms of its openness and honesty. Of course, the entire environment, including school and friends, also has an impact on the child.

Basically, kids tend to lie when they feel cornered. Because they actually want to be honest. The truth is important to the child. And yet many kids cannot help lying "face to face" with other kids and adults.

So it is not dramatic if you repeatedly "catch" your child not telling the truth. However, the child’s behavior can still be controlled even if it has already gotten used to telling the untruth from time to time. It is helpful to know about the different backgrounds and occasions that make kids lie.

The view of school psychology

Strictly speaking, according to developmental and learning psychological findings, lying is part of social intelligence. This behavior is not innate, but is learned. Because kids only learned to understand the difference between a white lie and a "real" lie at the end of primary school, there is no difference for them between lies that give them an advantage and those that help not to harm others.

School psychology also assumes that children are usually in more or less difficult emergency situations that cause them to lie. Basically, it is uncomfortable for children not to tell the truth because it is associated with strong fears.
Therefore, school psychologists recommend that you act with trustworthy and honest role models. This way the child learns that he can talk about his problems instead of covering them up with lies.

Situations in which kids lie

Most kids deliberately lie. You know the boundary between truth and falsehood. This is usually knowingly exceeded. The reasons for this can be of various kinds.
Overworked is an occasion for kids to lie. If they cannot cope with real life, they create an illusory world in which things are very different than in reality. Overwhelmed kids then claim that they have already completed their tasks in order to use the dizzy free time to dream. Everyday life seems to be uncomfortably exhausting or impossible to cope with. This is why these children tend to save themselves from difficult situations with lies. They don’t want to be involved in disputes or in other people’s conflicts. Because life itself is already exhausting enough for them.

Sometimes kids lie because they don’t want to face the consequences of their actions. More specifically, they are simply afraid of being punished. In the event of minor mishaps or violations, the truth is quickly distorted. They are not aware that their lies are fairly easy to understand for adults. It becomes bad for the child himself when he becomes more and more caught up in his lies and eventually cannot find a way to be honest.

On the other hand, it can happen that a child lies to gain recognition. It is not uncommon for dishonest kids to have a rather battered self-confidence that does not allow them to stand by themselves and the facts. Kids who are in poverty lives are affected quite often. They try to cover up the truth so as not to fall out of favor with the other kids. Because they feel ashamed, they start lying. So the unemployed father suddenly becomes a top lawyer and a little later even a Porsche is in the garage of the domestic villa, which actually does not exist, which of course does not exist in reality. In this way, kids often try desperately to get their peers’ recognition.

The classic white lie is also a common phenomenon among children. It usually does not weigh so heavily, because the truth is said out of politeness. For example, the daughter doesn’t want to disappoint her mother by telling her that she is ashamed of being overweight. Confronted directly with this question, the daughter will probably distract you with another topic of conversation or claim that she is not ashamed at all. Such politeness lies are usually transparent, because the child’s body language and facial expressions signal something completely different than one would like to believe.

The situation is similar with white lies that aim to protect the fellow human beings of the child. The child may not want to embarrass you and therefore prefers to cheat you instead of telling you the truth. An example is bad grades in class assignments.

This is how you can help

If a child lies because he is afraid of punishment, speak to him openly. Show understanding for his behavior and explain that you are aware of why the child lied. It helps to react differently than the child expects when the truth comes out. In this way, negative conditioning can be "deleted". The child then understands that he does not have to be afraid to tell the truth.

If possible, find a compromise that is okay for the child and is still effective as an educational measure. If a punishment cannot be avoided at all, stick to the consequences that are logical as a consequence of the undesirable behavior. These consequences should also serve to prevent it from happening at all far to let the child lie. For example, let the newsletter be shown daily if the child had previously incorrectly claimed that there was no entry in the newsletter due to forgetfulness, shame and fear.

Kids who are showing off need a kick for their Self-confidence. Successful experiences and praising words are balm for the soul of a child who is kinked in his self-worth. Allow him to be very good or even better than others in one thing by giving him enough time and financial resources to pursue a hobby of his choice. Success stories are particularly important for elementary school children. If the child is unsuccessful at school, not only tuition is needed, but positive experiences in and outside of school. Once the child has become more confident, it is no longer dependent on telling fake stories and will automatically avoid this behavior.

When it comes to white lies, the situation is very different. It’s okay to lie if you don’t want to hurt someone. However, the child should also feel that from time to time he should freely communicate his honest opinion, because this is also part of a good friendship. In any case, do not scold the child if you see through his white lies. Because white lies are also part of the repertoire of social customs among adults. The child will experience again and again how adults keep each other from feeling sad by making them feel a little dizzy. If it is punished for such behavior itself, it is difficult for the child to understand the punishment or the blame.

Kids who lie out of overwhelming need a lot of attention. Clarify with the child why they are not doing their job and why they are fleeing to their dream world. Ask if he is really well or needs more attention. Help may also be needed. Especially introverted kids need a lot of time for themselves. If they are forced to be with other kids all the time, they are out of balance and try to escape from it. Find out whether your child simply needs more time for himself and, if necessary, make arrangements with him so that the necessary tasks are still completed. Give your child regular breaks while doing their homework so that they are not overwhelmed. Taking these points into account, the child should be more honest with you and cope better with his life.

Last but not least, we dedicate ourselves to the children who lie to save another person from shame or suffering. Unlike the classic white lie, these kids have to understand that not everyone can be perfect. It’s okay to have weaknesses or to encounter criticism from time to time. The child should understand that it is not his job to protect you from such experiences.