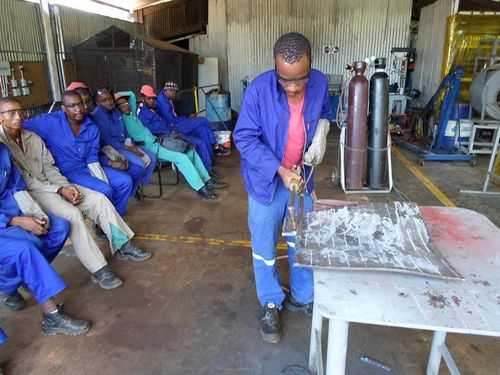 Why volunteer work in orphanages is crap

Volunteering abroad has become something in recent years, which is what many people need to travel to. When I worked in an Ecological Reserve in Ecuador almost 15 years ago, I was the absolute exception in my year, but today an incredible number of young people go abroad after school or even while studying to spend their holidays there to do something good as well.

In itself I think that’s great, volunteering was very important for me and my career and has shaped my whole life. Of course, while it is important to remember that such stays should be about learning rather than teaching or helping others, such a time abroad can really play an important role. Nevertheless, there is a certain kind of volunteer work that I absolutely can not support and that is why I would like to write this article now: volunteer work in orphanages.

At first glance, the idea sounds great: you help poor and helpless children in orphanages through their work and perhaps even make a financial contribution that the orphanage can continue to operate. Unfortunately, the whole thing is not so simple.

The first major problem associated with orphanages in general and volunteering there in particular is the fact that there are now many orphanages around the world that only exist for money to be earned.

The methods used are sometimes very perfidious. The operators have learned that tourists and volunteers are quite willing to donate money to needy-looking orphans, which will then allow the orphanage to continue operating and create employment relationships. However, donations often go straight to the account of the operator. In addition to the volunteer work in orphanages, of course, the donations or any other financial support are problematic.

This business model has created a veritable demand for orphans who can no longer be covered by orphans. In countries like Nepal, Ghana or Cambodia, the paradoxical situation is that a large number of children in orphanages do not even have to be there, as they still have living family members and sometimes even parents. The organization Lumos estimates that out of 8 million children in institutions worldwide, 90% are not orphans. Parents are tempted by the promises of a good education for the offspring to give their children into the facilities and then lose the contact often. Poverty is clearly the push factor that causes parents in difficult situations to put their own children in the care of others.

Other support for orphanages is also problematic

Here in Nepal I conducted an interview in 2016 with Martin Punaks, who was at that time national director of the NGO Next Generation Nepal. This organization supports the government in bailouts that take children from poorly managed orphanages to reunite with their families. However, that is not necessarily so easy, because parents are often unaware that they have done something that has harmed their children. Of course, the reasons on the ground must be combated, which led to the situation that the children were given orphanages. “Finding the children’s families is sometimes like detective work,” Punaks told me at the time. “Often papers are forged or destroyed as soon as children are admitted to orphanages, so it’s not easy to track down biological parents or the family.”

I also spoke with Frank Seidel, the founder of the volunteer portal wegweiser-freiwilligenarbeit.com, in 2016 about the same topic. His organization was the first in Germany to say so much about volunteering in orphanages. He drew my attention to another dimension of the problem: “It is not just volunteer work that causes problems. Likewise, traveling to orphanages, e.g. Organized by parishes or fundraising for Christmas. “Although donors tend to have only the best of intentions, they are part of the problem, as orphanages have become business models that no longer focus on the child’s well-being.

Children belong in the family – not in an institution

In addition, volunteers are often not qualified to work with orphans. Children who – for whatever reason – are housed in institutions need stability and regularity. Being a reliable caregiver is incredibly important to these children, and volunteers who stay for a maximum of a few months simply can not fill that role. There are now many reports of children from institutions reporting on how they feel used and left when the volunteers who play with them and are busy with them just leave after a few weeks or months. And if it happens on a constant basis, it only helps to make it harder for the children to bond later on.

Other studies show that children are always better off in families than in institutions. Even if family relationships are not ideal, the environment is always preferable to an institution, as long as there is no violence. In our conversation, Martin Punaks suggested that it would be much cheaper in Nepal to support the local families than to look after children in orphanages. Why is the number of orphanages in the country still rising? Probably the reason is that it is much harder to raise money for projects that in the villages unspectacular, but very meaningful last. Orphanages with pitiful children can be better marketed. And it can be much more profitable for many middlemen.

Volunteering with children in general is, in my opinion, only okay if it takes place within a controlled framework. However, this is often not the case in orphanages where volunteers must complete roles for which they are not qualified. Playing football with the kids or helping them with their homework is one thing, but what do you do when there are disputes, maybe even fights? How to behave in a medical emergency, or when something else unpredictable happens?

I’ve been working with volunteers for more than seven years now, and most of my experience is positive. But sometimes there are people who do not take their responsibility for the job that they are supposed to do in the project seriously or make a mess of it. I can not count how many small projects have gone wrong with us, because volunteers have not kept to my instructions or have worked unfocused. So, when plants dry up or a wall is made awkward (as in the case of the projects I’ve worked with) that’s annoying, but in the end no catastrophe. However, when working with children, such mistakes should not happen and can really cause big problems. Therefore, I personally think that unskilled volunteers should work very restrictedly and under supervision with children, and not at all with children in extreme situations who need a reliable and professional counterpart. In schools or kindergartens – under professional guidance – there are certainly good projects in which both sides can learn something.

Volunteering yes or no?

Would I advise against volunteering in general? No, no way. As I said before, I have had incredible experiences during my time as a volunteer in Ecuador, which has taken my life in a different direction. In my work with volunteers on the “supervisor side”, I also had positive experiences above all and think that this time has shaped many of the young people who have worked with us. As long as you are aware that volunteering should be approached with a very open attitude, and you want to be ready to learn for yourself, spending time abroad can play an important role! There are only certain areas where unskilled volunteers should not play a role, and that’s where orphanages definitely belong.