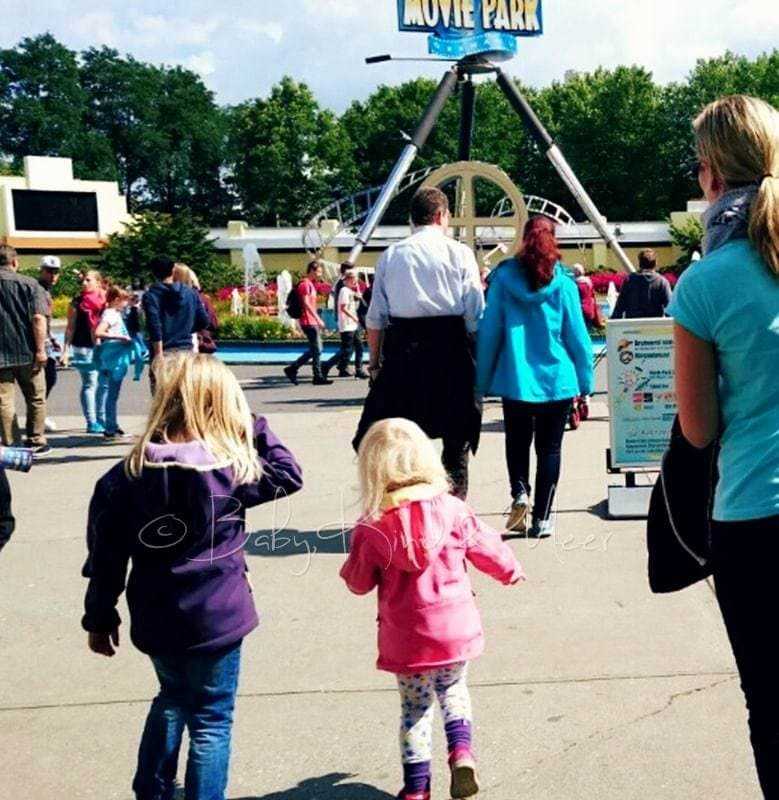 When I was young and adolescent, I always dreamed of visiting various theme parks, riding new roller coasters and experiencing breathtaking attractions. But somehow I only made it to Hansa-Park and 1-2 times beyond to Heide-Park.

That’s why we HAVE to make the most of the density of amusement parks due to our holidays. We will never get bored. Quite the opposite. We could spend weeks in amusement parks.

Since we were still in Essen with grandma and grandpa until yesterday, we simply “parked” Tom there and grabbed Lilli and Lotte to make a trip to the Movie Park. As a spontaneous surprise and just to be “free” for the two girls.

At the end it was unfortunately a very short trip, because the weather in the afternoon suddenly changed so radically that we already had to flee from the park after four hours of stay.

Everything else follows in the form of some pictures. =)

When we arrived at the Movie Park, the weather was fantastic!

We could take off our jackets and get some sun. However, the midsummer sunshine had also brought a lot of amusement park visitors with it. Accordingly, it was quite crowded in the park and for us not so easy to get a rough overview. 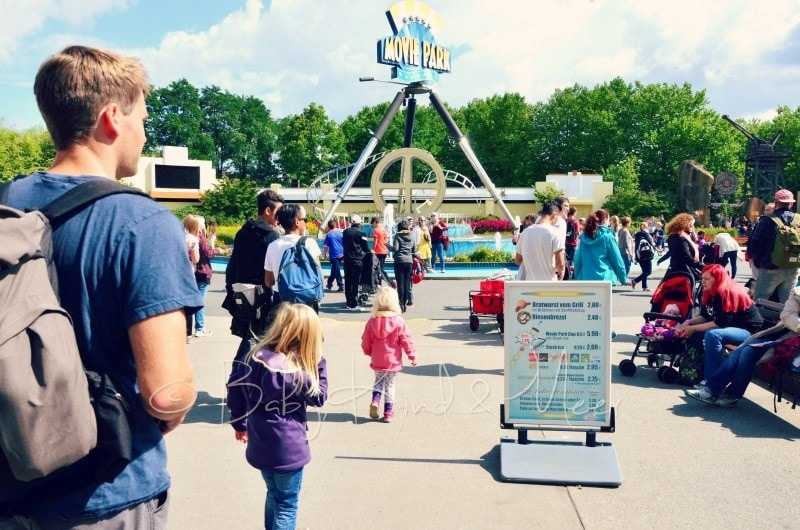 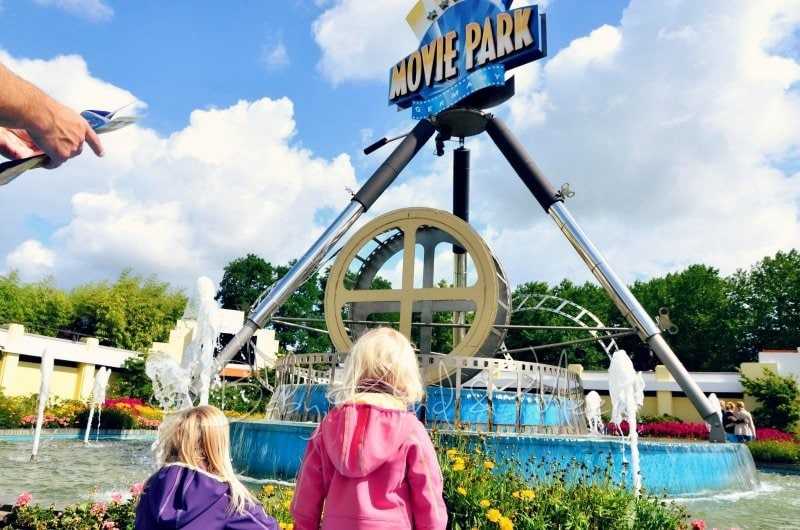 Lilli and Lotte enjoyed their time with us very much. You could really feel that. 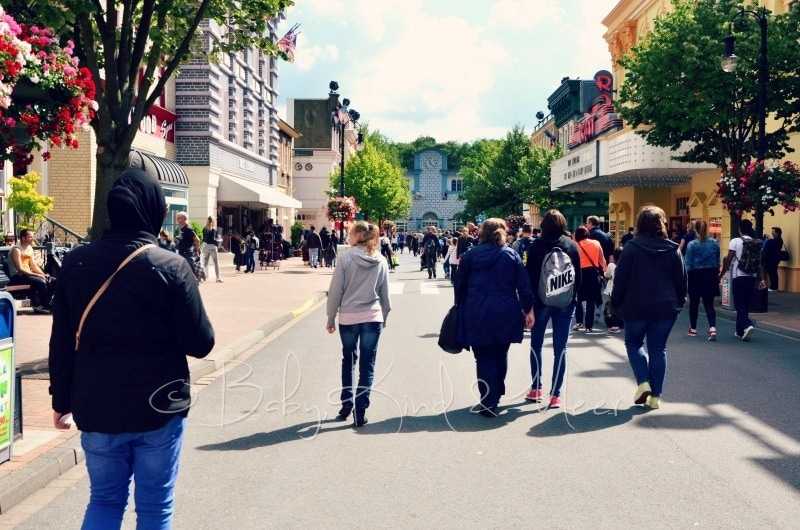 But since we had planned the trip mainly for Lilli and Lotte, we first checked which rides they were allowed to ride at all. 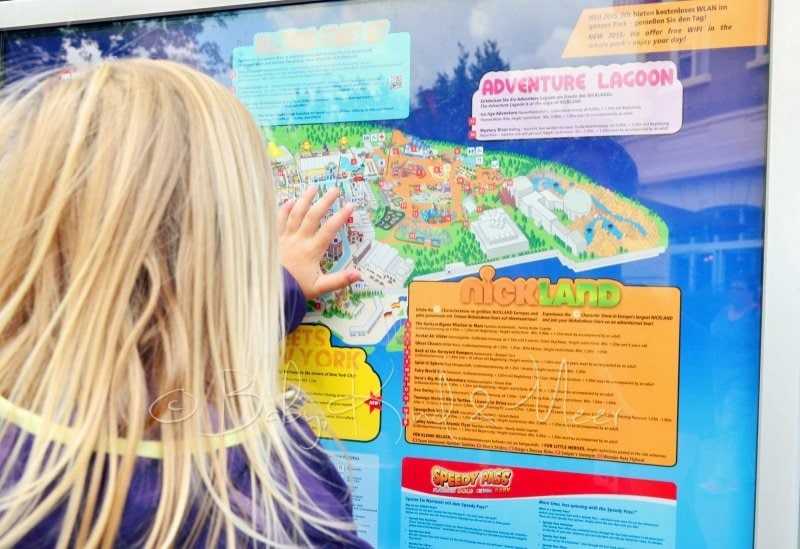 Since there were quite a lot of people queuing up everywhere, we looked for the best way to ride and finally started with the family roller coaster. But we also had to queue there for about 45 minutes.

Of course the girls loved the ride itself! 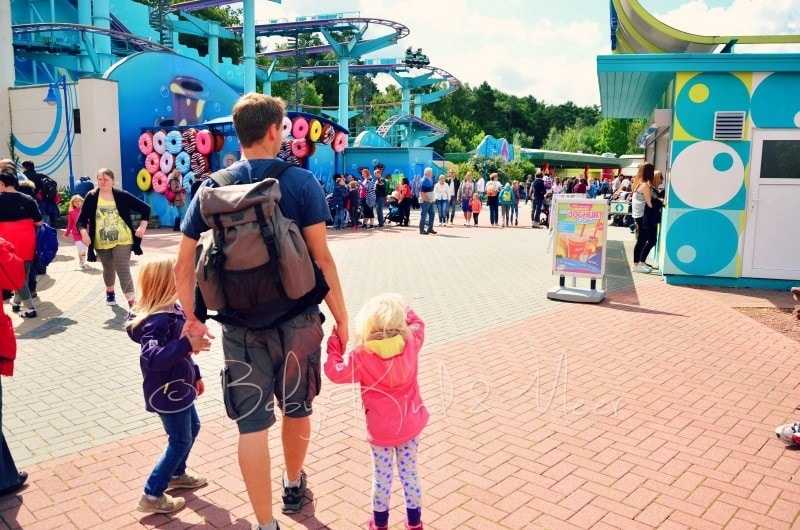 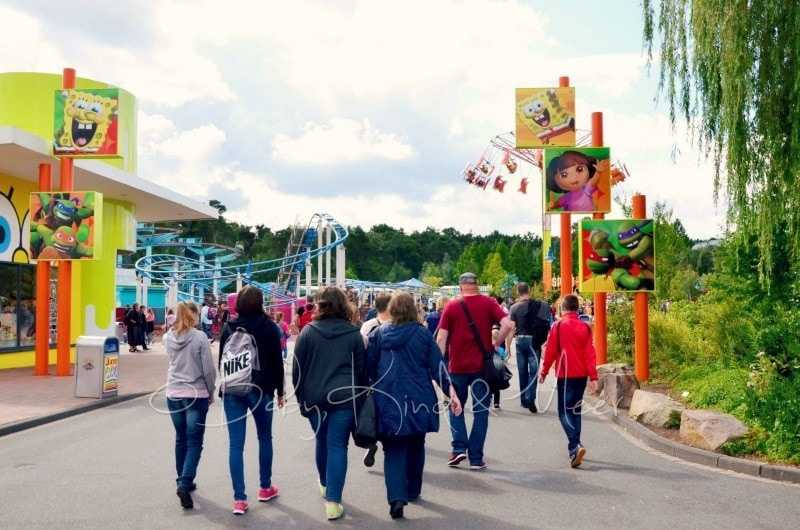 And then we went on to Mountain Rafting (totally cool!) and an Ice Age attraction.

The latter was so awesome! I would drive it a hundred times to soak up all the impressions!

The complete Ice Age film was recreated at the railway. You can’t really put this into words! There was so much to discover and to see and to experience! We were blown away! This was really one of the coolest (and most beautiful and longest) rides I have ever experienced in a theme park. 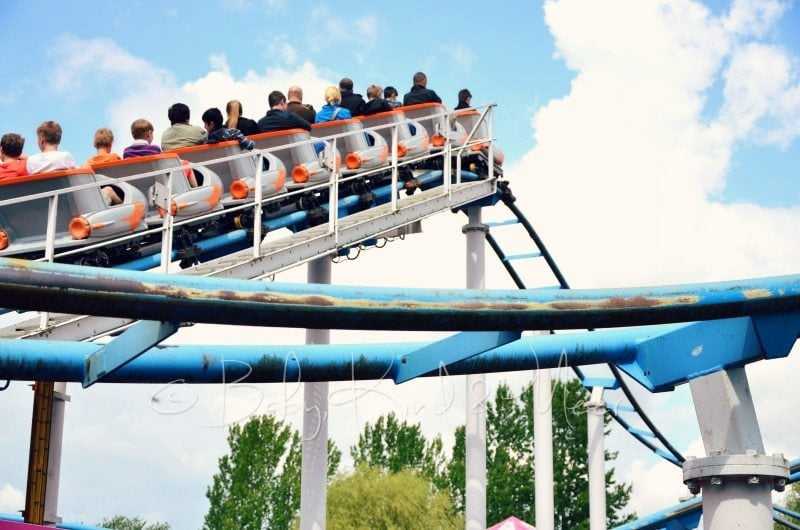 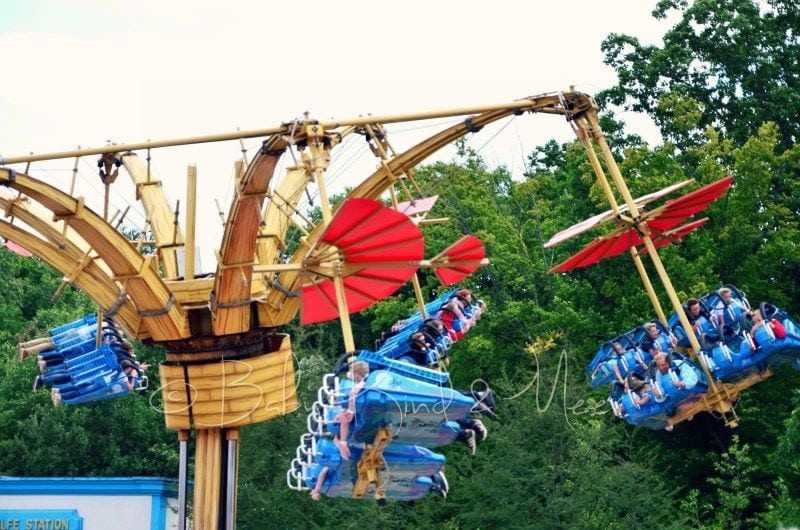 Of course we also visited some attractions for toddlers. But it is often a big advantage that you don’t have to wait too long. (An exception was the family roller coaster.) 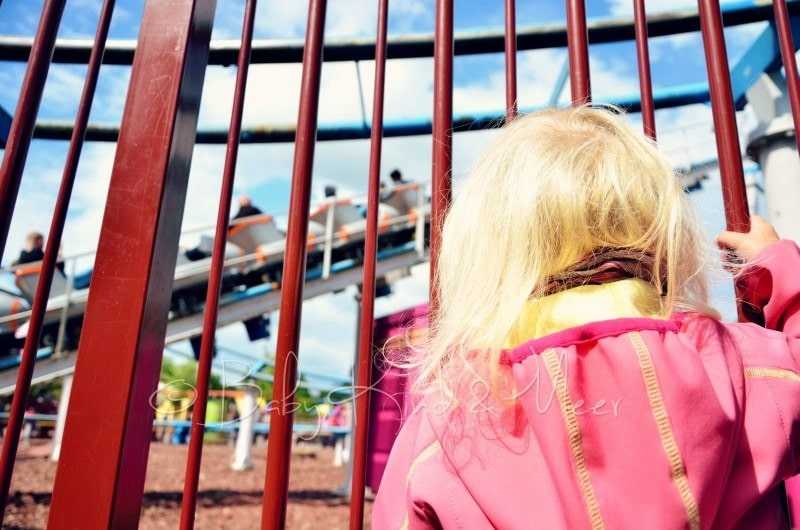 We really had a lot of fun!

By the way, it is absolutely recommendable to get speed tickets – especially on very busy days. I don’t think you can really do anything else.

Or what kind of experiences do the Movie Park connoisseurs among you have? 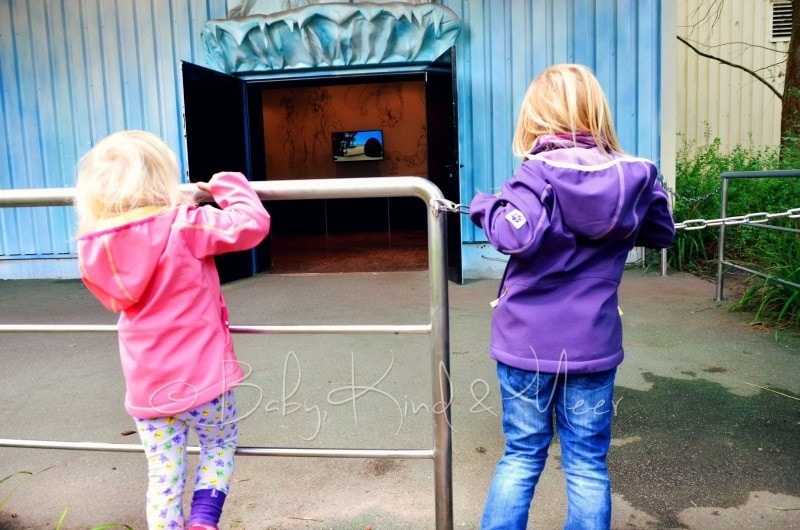 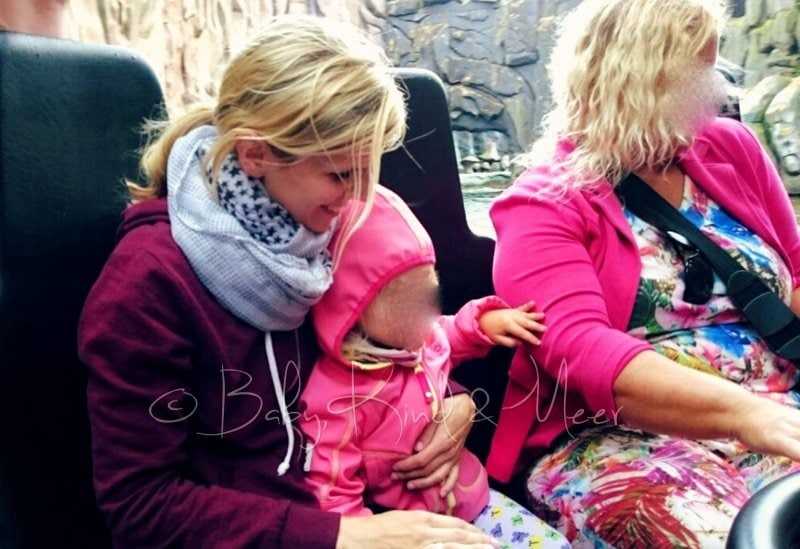 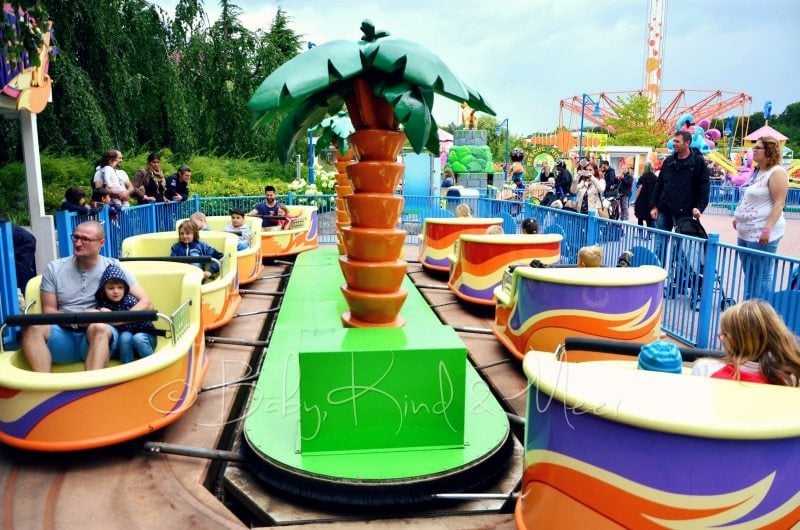 Gradually we put on our jackets again and hoped that the dark clouds would pass or that there would be only short showers.

Instead of the water ride, for which it was too cold for us, we quickly visited the big playground, … 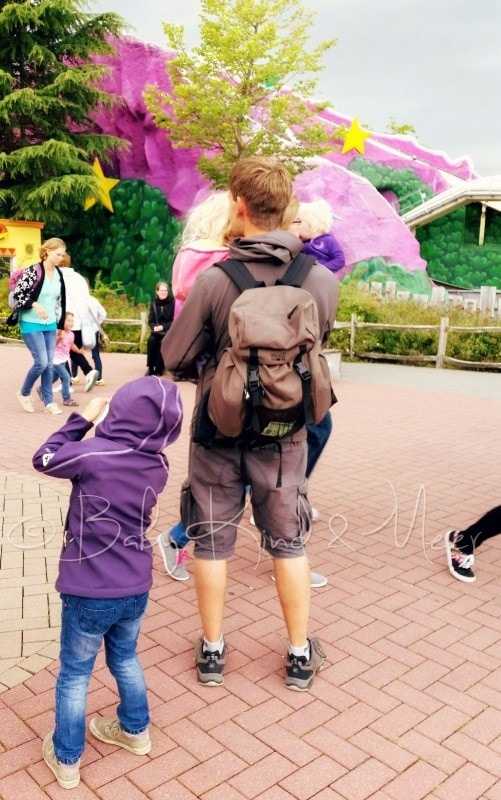 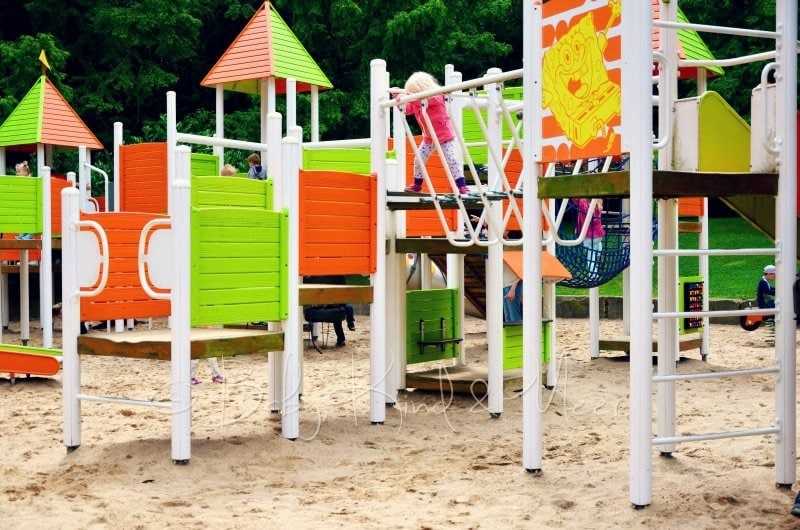 …before it suddenly started raining like rain out of buckets. =(

On the picture below you can see the dark clouds, just before logging. But really! It poured and poured and poured. And to make matters worse, we couldn’t shelter anywhere, because everything was too crowded.

That’s why after only five minutes we were so wet, as if we had showered in our clothes. Besides, it was suddenly quite cold, felt much colder in the wet clothes. 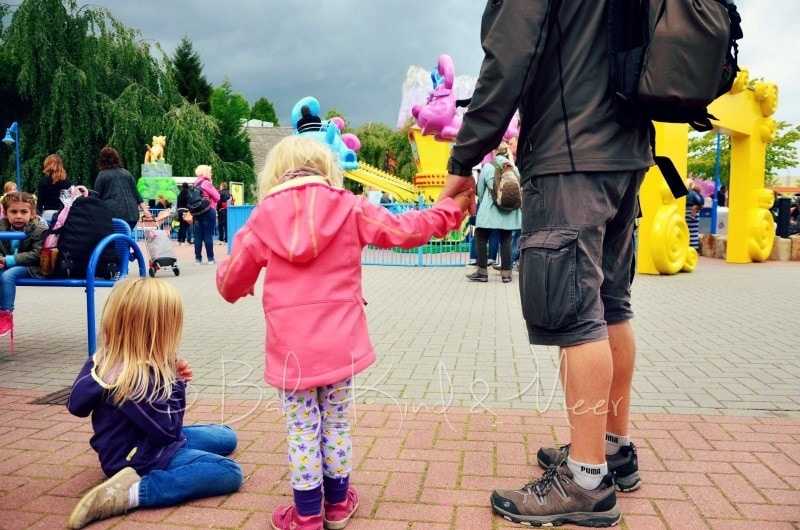 We wrestled with ourselves for a while and waited. But the rain became stronger and stronger and the sky was completely dark. And when puddles (!) formed in our shoes, we decided to (unfortunately) end the trip prematurely and drive home.

See how wet my jeans were? 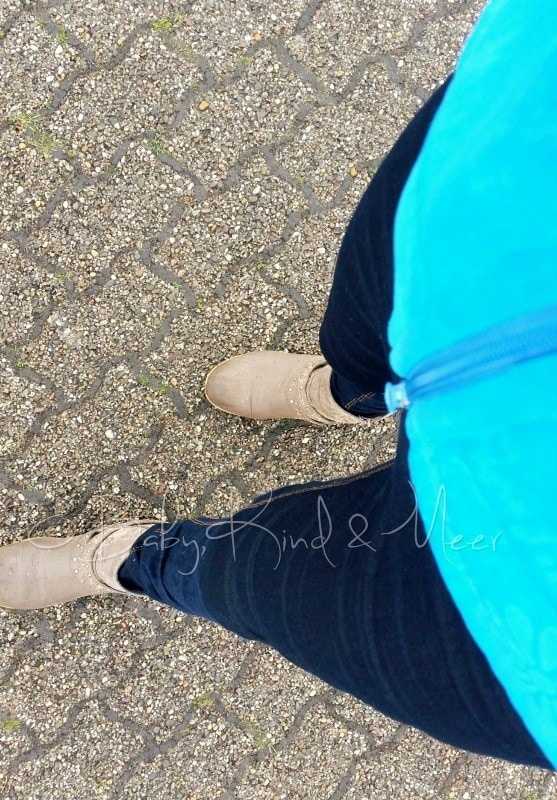 We stormed to the car and drove home – through the worst rain. You could hardly see anything on the motorway. Back at Grandma’s and Grandpa’s we had a warm shower because we were all just trembling.

Of course we were very disappointed. However, the visit to the amusement park was freezing and completely soaked and had no sense anymore – especially as there was no end of the rain in sight. And also the great shows we had been looking forward to didn’t take place when it rained. That’s why I can’t tell you much more about the Movie Park than what we saw and experienced until the cloudburst. 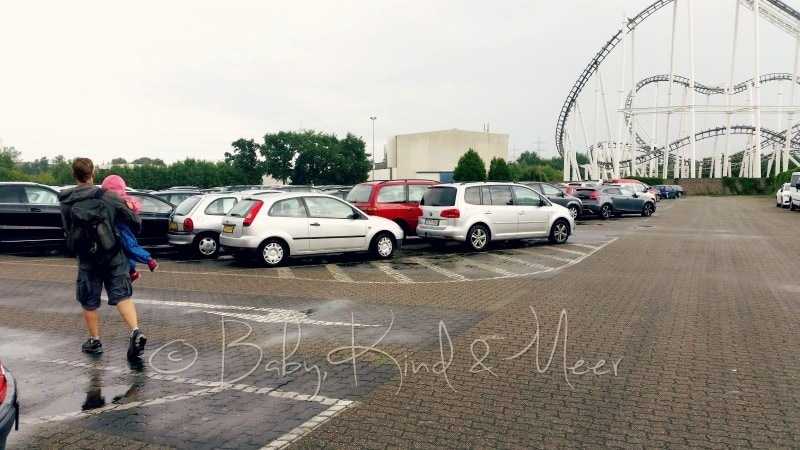 We hope that one day we will be able to visit the Movie Park again in better weather! =)

Have any of you ever been to Movie Park? How did you like it there? What are the shows like? And how crowded was the park when you were there?

The shows would have really interested us the most. The fact that we couldn’t see them made Lilli and Lotte very sad. =Nevertheless the (half) day remains a beautiful and valuable memory for us.

I look forward to your comments on my questions above!