The term “third world” is usually no longer used for the countries of Africa, Asia and Latin America. Instead, one speaks of "developing countries", "poor countries" or the "global south". It is therefore an outdated term?

One could say that because there is no longer a first and second world, that is, no cold war between the "free west" and the Soviet empire, there is no need to speak of a third world. However, the French geographer Alfred Sauvy, who coined the term in 1952, did not simply count it to one, two, three. According to him, "the underdeveloped countries, ignored, exploited, despised" represented the "third level" of world society, which now "finally wanted to be something". Sauvy understood the third world in analogy to the disenfranchised masses before the French Revolution. In this sense, the term stands for the anti-colonial liberation movements and wars in Asia and Africa as well as for the efforts of Latin American political forces to free their countries from the guardianship of the USA.

«Third way»?
This process started after World War II. Seen from the west, it peaked in the 1970s with the Desire for a new world economic order, which wanted to shift the international division of labor in favor of the third world, which failed, as is well known. From the south, the liberation process continues well into the nineties (end of apartheid) or even to this day. The fact that left-wing parties came to the government in Latin America or Bolivia in the 1990s was seen as a further step in the emancipation of the "third class" in the countries concerned. In short: For many people in the global south, the liberation from 500 years of world domination of Europe and its settler states is not a long-established chapter, but a formative experience of the present. Third world also stood for the "third way" between capitalism and "communism". This has been out of the question since 1989 at the latest. The socio-economic attempts with third approaches (for example in Tanzania) were as unsuccessful as the centrally planned economy of the second world. Today, all countries, even the poorest, are somehow capitalist. However, the fascination for the successful development strategy of China and other Asian countries is growing in the global south. This consists of state industrial promotion policy, large state-owned companies operating on the world market and partial protection of the internal market. This is, if you will, a new third way, which differs significantly from what the West is trying to impose on the developing countries in terms of economic policy. The continuing difficulties of the West since the financial crisis of 2008 are acknowledged with a certain joy in the third world.

Own view from below
The term "third world" was often associated with the notion that there was a capable unity of the around 140 developing countries. However, there has only ever been such a unity. The third world is diversity par excellence – in historical differences, cultures, peoples, languages, religions, economic structures and political traditions. What united them at the time and still brings them together in international negotiations on a case-by-case basis – be it in the United Nations, the World Trade Organization or the Bretton Woods institutions – are the claims to power of the first world and its leadership, the USA. I assume that the feeling of belonging to the once disenfranchised third class of world society, despite all the differences, only loses itself when the balance of power has shifted significantly in favor of the developing countries – which could become a reality in this century if multipolar capitalism did not suit us leads to ecological collapse.

Conclusion: Nobody speaks of the third world, even the third world only rarely. But the third world survives as a separate view of the world from below; as a common memory of the historical opponent who once ruled the world and scientifically classified the "colored races" as inferior; it survives as a reminder of an emancipation process that has advanced because everyone has driven it in the same period and supported each other in the process. 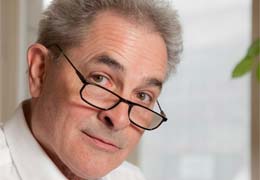 In this section, WeltWeit explains a “remarkable” development policy term or answers an exciting question from the context of development.

This is what Peter Niggli does in this issue. He is the managing director of Alliance Sud, the Swissaid development policy working group, Fastenopfer, Bread for All, Helvetas, Caritas and Heks. In 2008, his latest book “The dispute over development aid. Do more – but do the right thing! »At Rotpunktverlag Zurich.