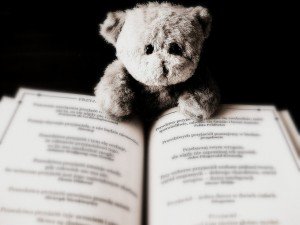 When everything is really ready on your book, the manuscript is well hung and revised at least three times, if you have read it aloud to yourself and others – then the hardest part begins: the search after this publishing company.

But it gets worse. How bad it is, said the well-known children’s author Paul Maar in an interview a few months ago. He complained that the German children’s book publishers now only operate license business, so they focus on what is successful in the USA and other countries. Young, unknown German authors would scorn them. Paul Maar: "Today I could no longer become a children’s book author."

You have to torture yourself through your manuscript for months, improve it, refine it, rewrite it, read it aloud to yourself and others – and then that. Authors in other genres are still open to a way – they embarrass themselves. That is the case with powerful books -On-demand service providers no problem. A sexy alternative is to publish an eBook for free. All of this is very difficult for authors of children’s books.

If you want to bring out a children’s book, you can’t avoid a hardcover. It is standard on the market. Color graphics are just as standard. Anyone who has ever tried to have a hardcover with colored graphics calculated by a digital service provider knows that you have to take at least 25 euros in sales to earn a few cents. Selling through the book trade is of course out of the question. And if you now consider that large publishers distribute children’s books in the standard format around 10 euros (sometimes significantly below), then it becomes clear how much you are overwhelmed: No customer buys a book for 20 euros if he spends half of it someone else has to pay. And with well-known names from renowned authors.

And eBooks? I had my Paul books with a well-established eBook publisher that opened a children’s book department. The books in this series were listed on all major eBook sales platforms. The result was a disappointment, the sales figures were not worth mentioning.

Children hardly ever read eBooks, they often do not have the reading devices and the parents want their children to get away from the e-devices at least while reading.

There is no hope at all?

Yes, there are. Try to get as good as you can. The first book is for practice, the second as a nice gift for your own child, from the third you can think of presenting it to large publishers or agents. If you are flirting with agents, contact them first before sending the books to publishers. Otherwise they are burned for agents. You can get addresses from literary yearbooks such as from Uschtrin Verlag or others (don’t give up, ask Google).

Maybe it’s a way to find small, risk-taking publishers who have already made a children’s book. As a rule, however, they do not do this a second time because they had to print a large number of copies in order to bring the book close to being salable – but then open it a lot of Copies have remained. Quite a few small publishers have perished of children’s books.

Well, children’s books are something very special. They are very difficult to write and are aimed at a demanding, mercilessly honest audience. You cannot reach this audience without adults (teachers, kindergarten teachers, parents) = educational firewall who have a very clear idea of ​​what is good for their children. The children themselves are not able to buy their books or eBooks themselves – without the educational firewall.

If you still want to try it, I wish you a lot of fun. This blog has a number of tips to help you do this. The eBook below is also designed so that you can quickly get an overview of the most important tips.

Maybe everyone else should consider finally writing their crime story.