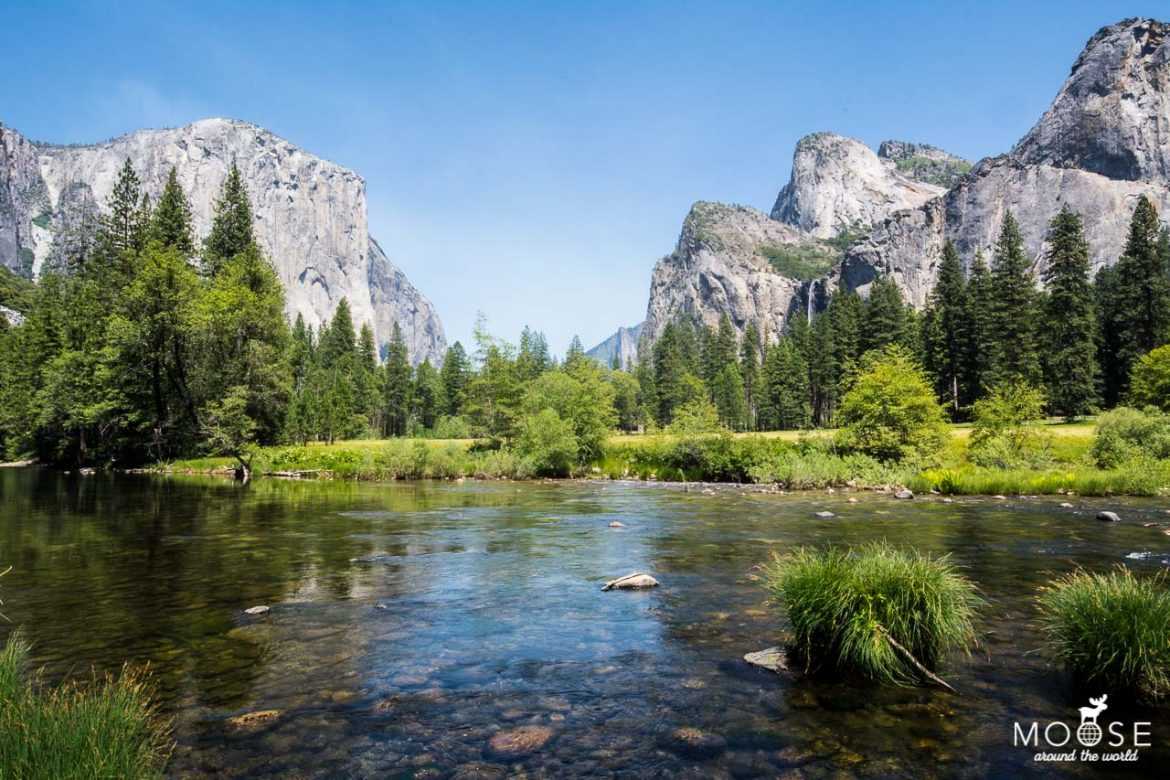 Yosemite National Park is different from all the other national parks we have seen on our road trip through the southwest of the USA. Instead of red sandstone cliffs, desert and endless highways, an alpine backdrop awaits us in Yosemite, about 300 km from San Francisco.

That much is certain: Bring plenty of time to explore the 3000 square kilometre park. It has to be two days on site to experience as much as possible of the park and our 10 tips:

#1: Visit to the Yosemite Valley

The Yosemite Valley is about 13 km long and forms the centre of the national park. There is a visitor centre, lodges and campsites. The valley lies between almost vertical rock faces. The highest boulder El Capitan is about 2,300 meters high. The Merced River forms a beautiful contrast to the surrounding mountains at the Valley View vantage point. 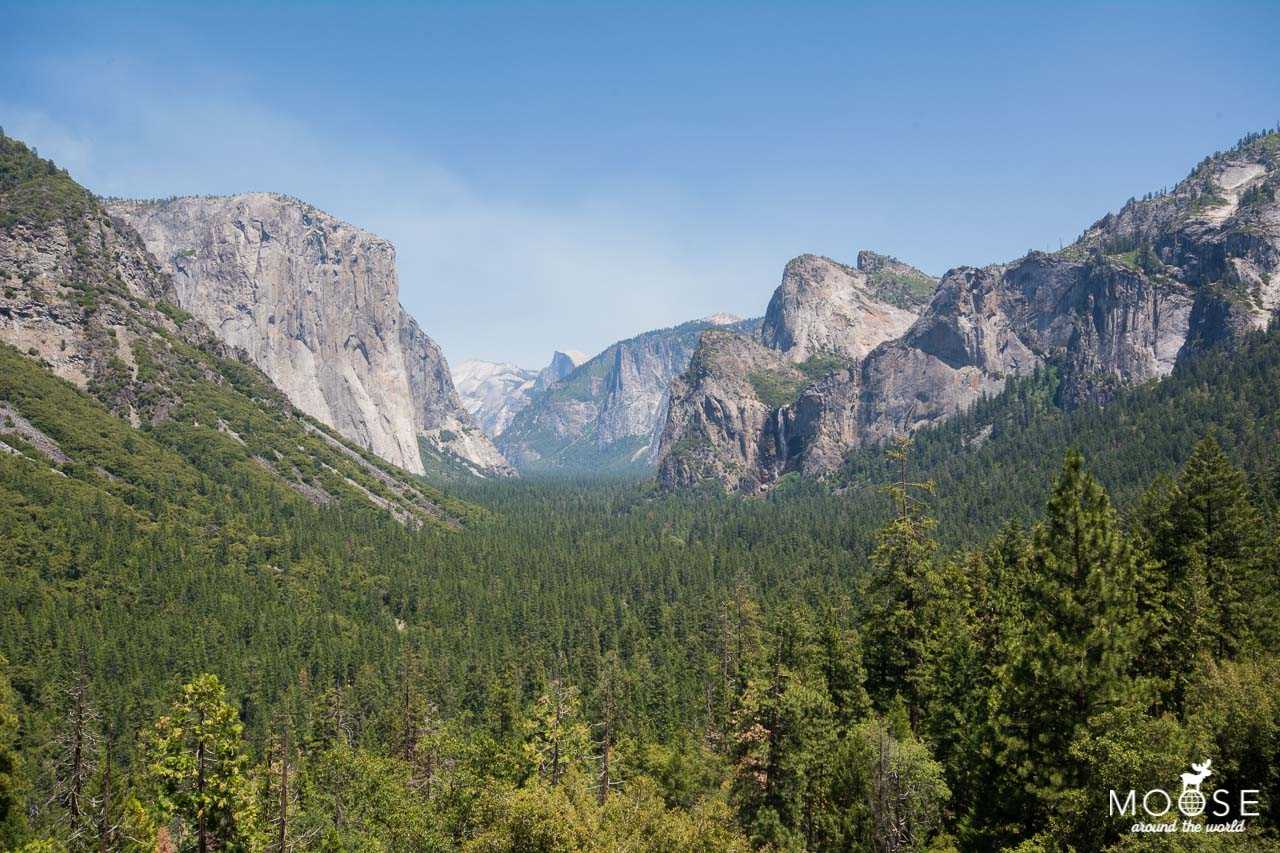 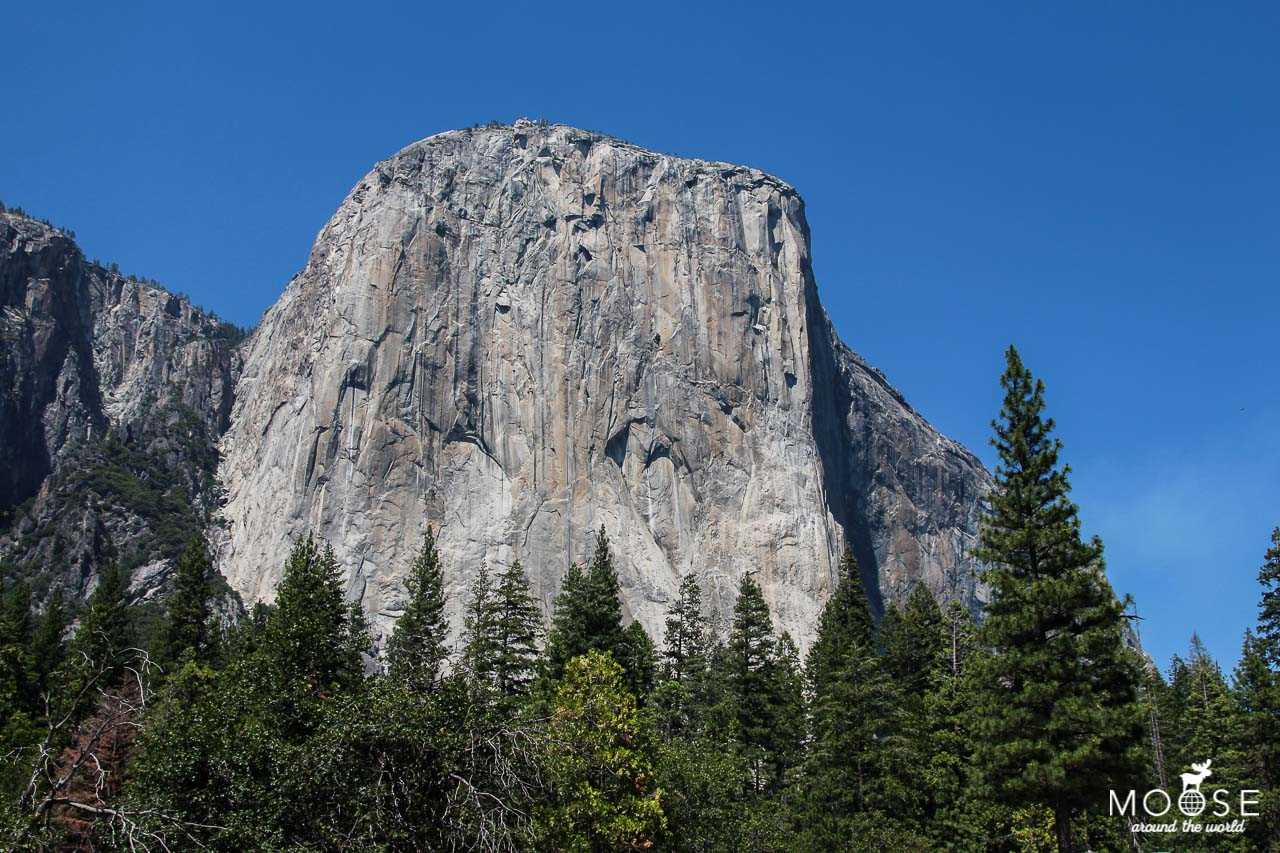 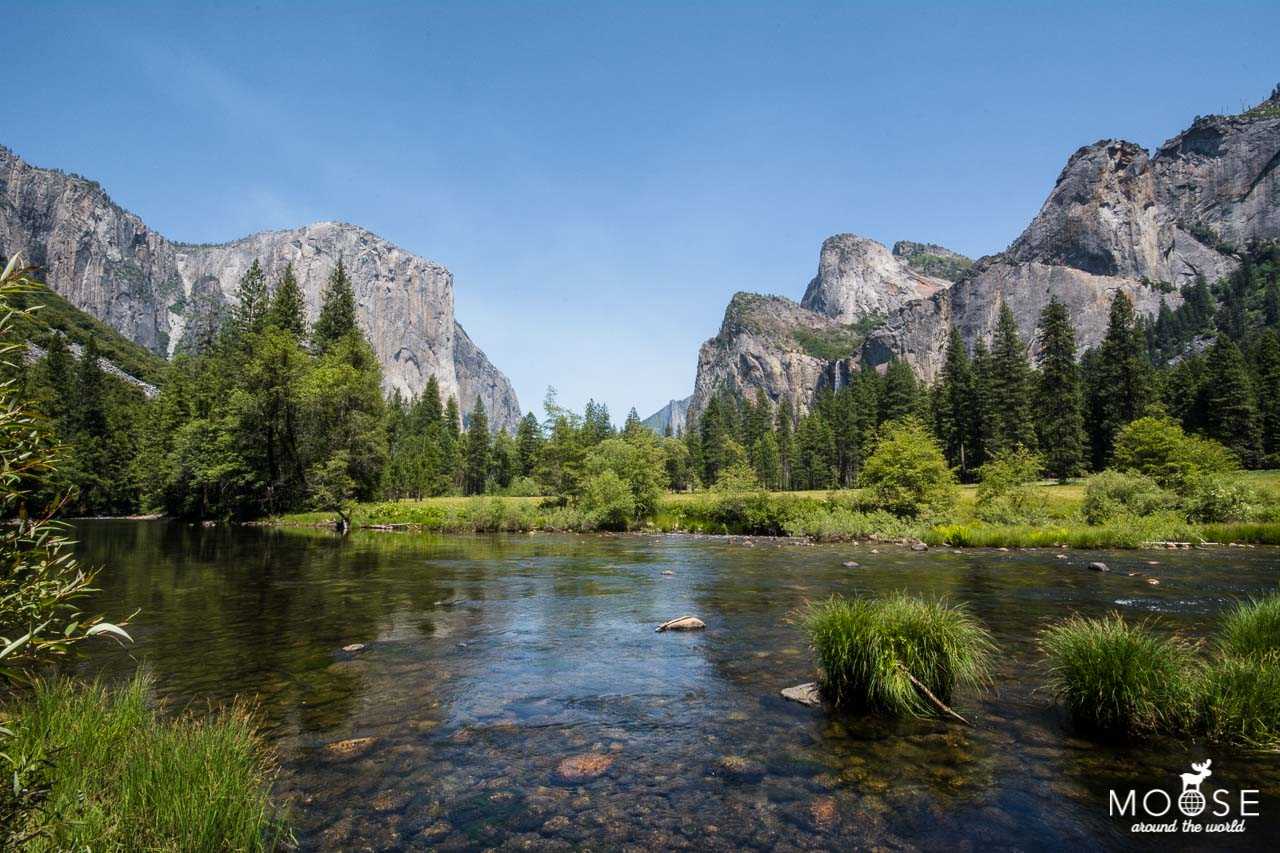 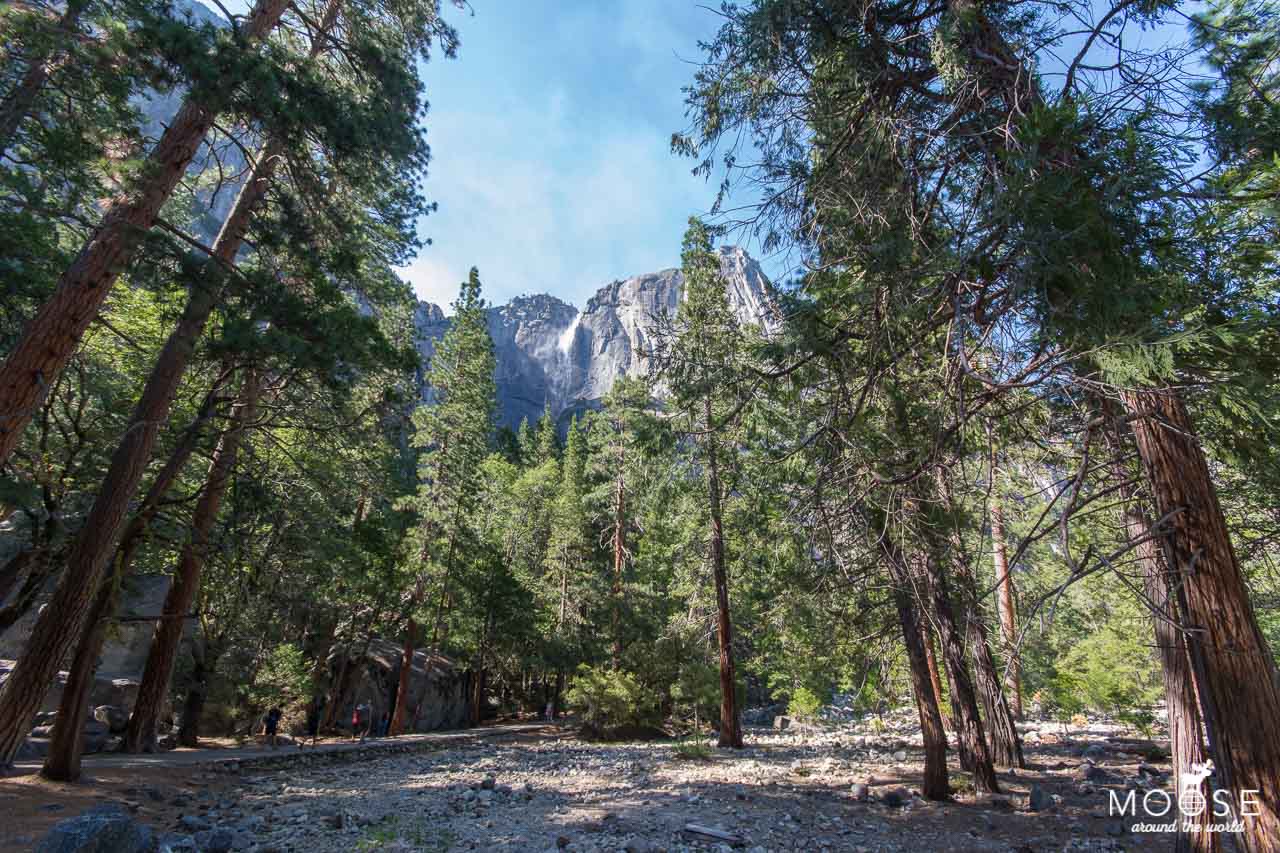 #2: Enjoy the view from Glacier Point

Glacier Point is located directly above the Yosemite Valley. The drive takes a little longer on a winding road, but the view over the valley compensates every effort. Not only the valley with some waterfalls can be seen from here, from Glacier Point one has a perfect view to the probably most famous mountain in Yosemite, the Half Dome. 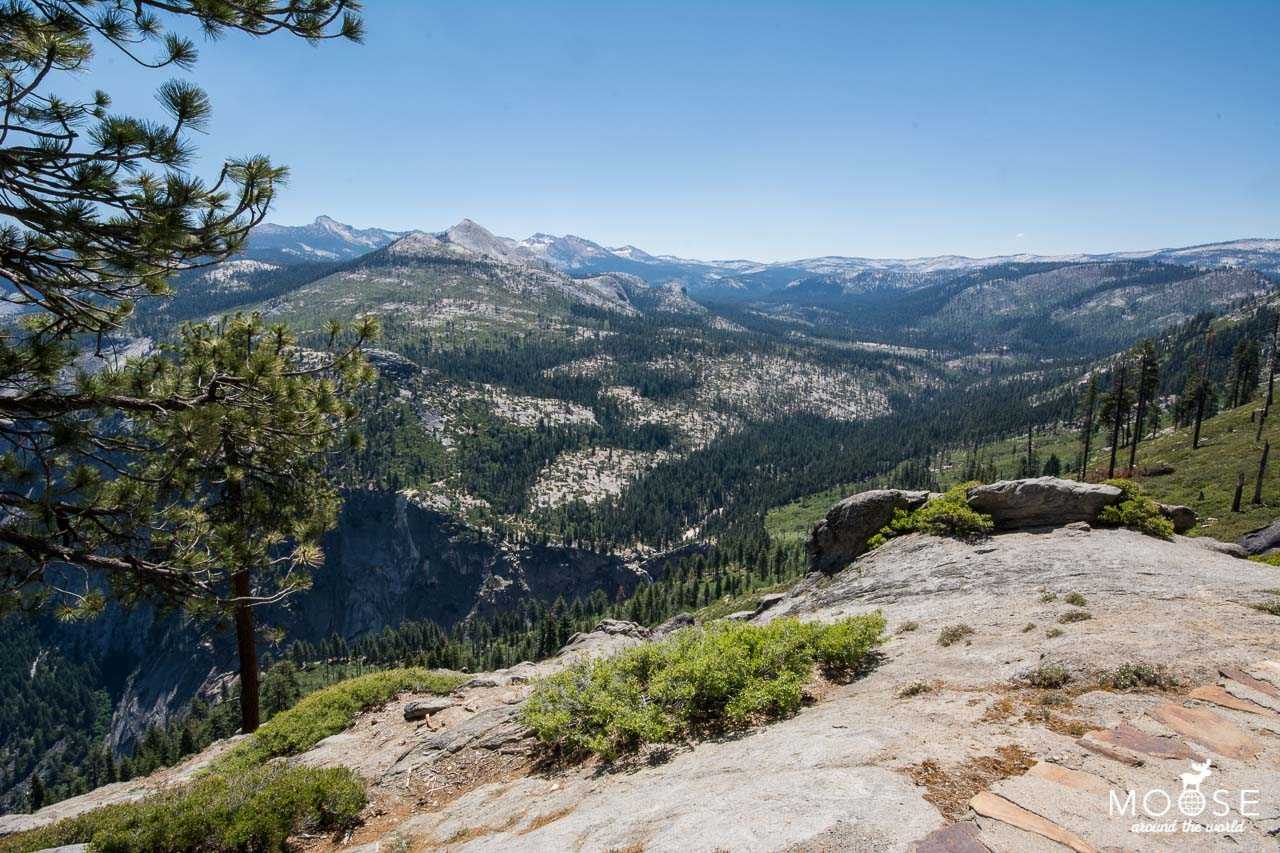 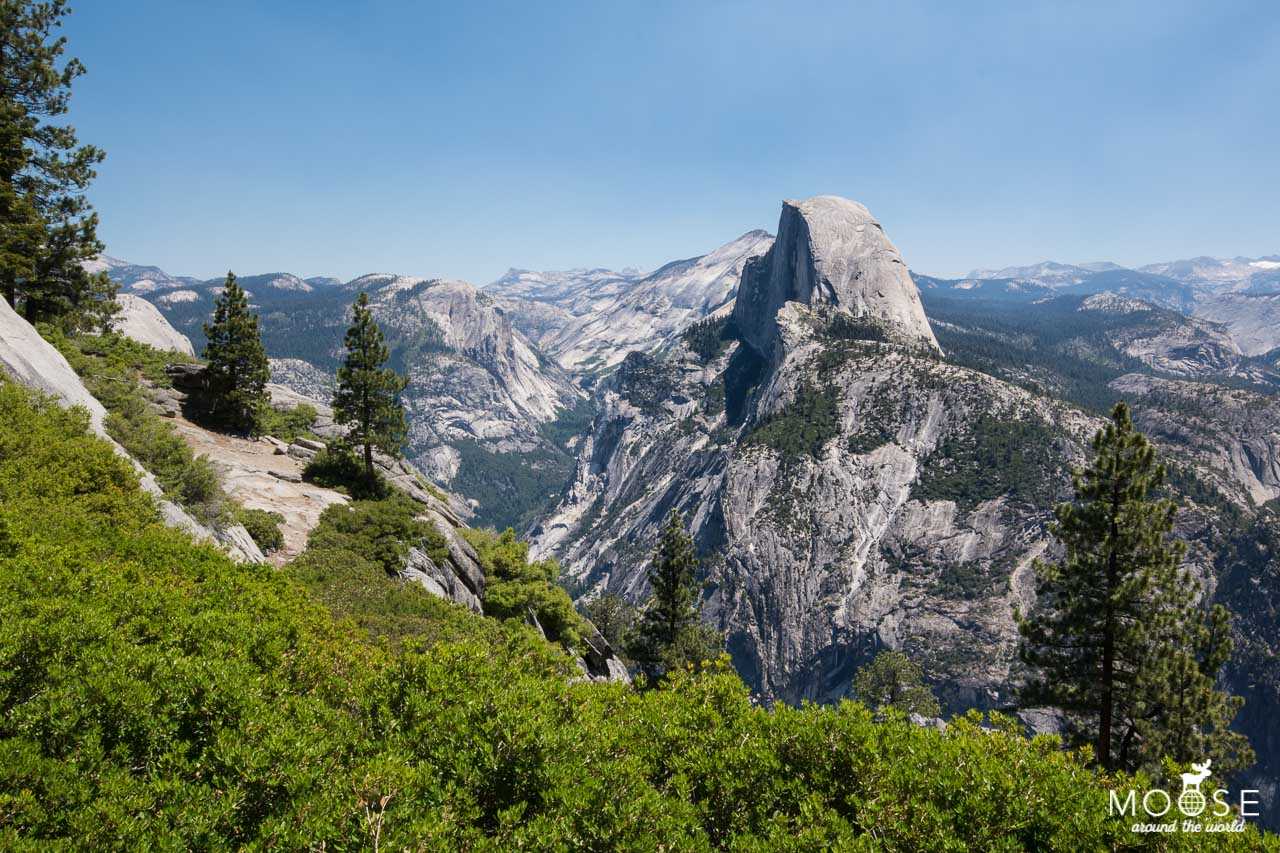 #3: A hike in the National Park

In Yosemite National Park there are numerous hiking trails. The toughest but perhaps also the most spectacular hike is certainly the Half Dome tour. The return trip of about 24 km and 1.500 meters altitude difference takes about 12 hours. The last meters lead very steeply upwards and can only be overcome with climbing aids in the form of wire ropes. A permit is required for this hike, which must be applied for beforehand.

But there are also a number of shorter and easier hiking trails in the Yosemite Valley. For example, the Bridalveil Fall Trail and the Lower Yosemite Fall Trail are very flat. There is also the Valley Floor Loop, an approximately 20 km long hiking trail with no inclines. If you want to climb a few meters, we can recommend a hike to Vernal Fall.

Along the Glacier Point Road there are also some very nice paths. Here you can take the 3 km long circular trail to Sentinel Point. 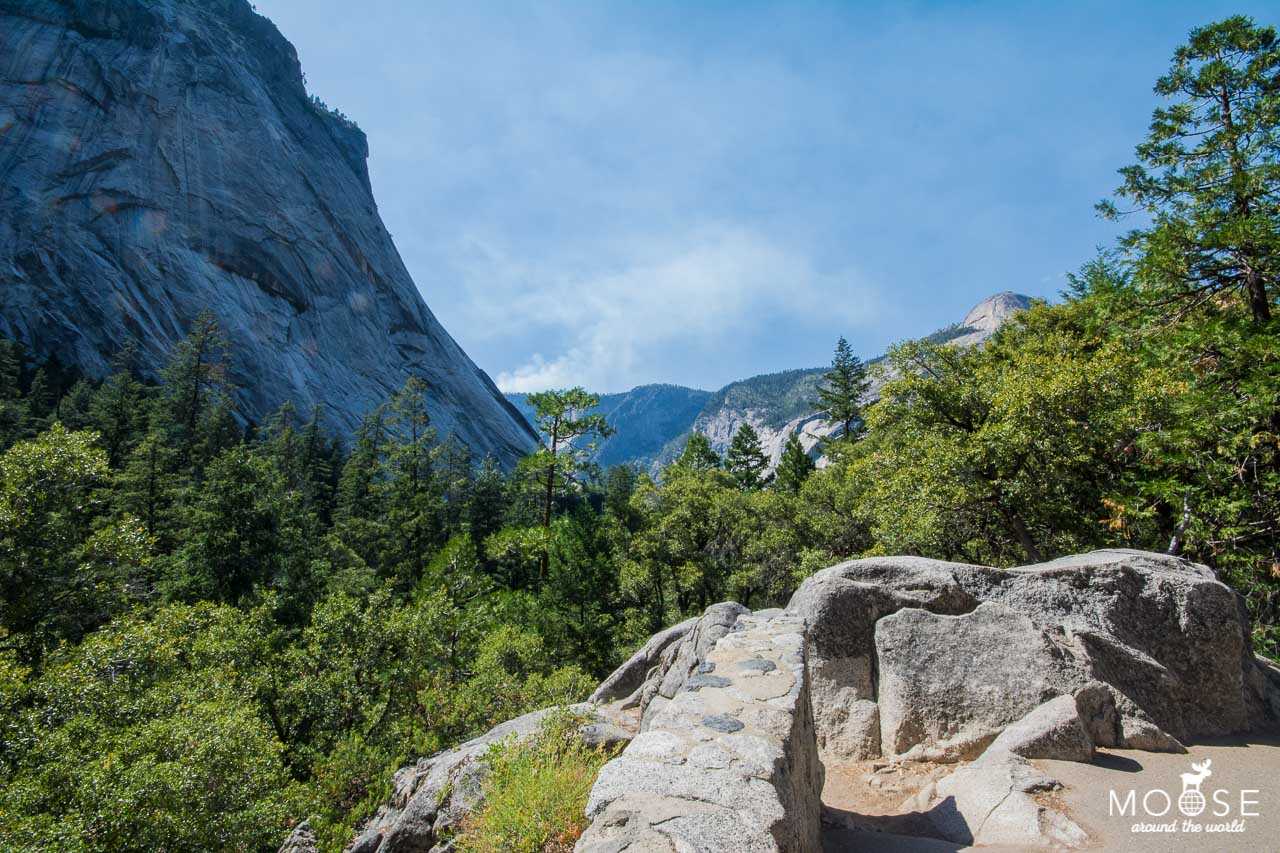 Here you can find the overview maps for the hiking trails in the Yosemite Valley and around Glacier Point.

#4: A picnic in Yosemite National Park

In the Yosemite National Park there are countless possibilities for a picnic Picnic Areas picnic tables, toilets, a grill and of course bear-safe litter bins.

#5: A ride over the Tioga Pass

Those who visit the Yosemite National Park in summer should definitely drive over the Tiogapass. At its highest point, the mountain pass reaches 3,031 metres in altitude and is thus the highest pass road in California. While the Tioga Road leads through the forest at the beginning, the road continues past viewpoints, such as Olmstead Point and mountain lakes. The trip over the Tioga Pass can be combined very well with a trip to Mono Lake. 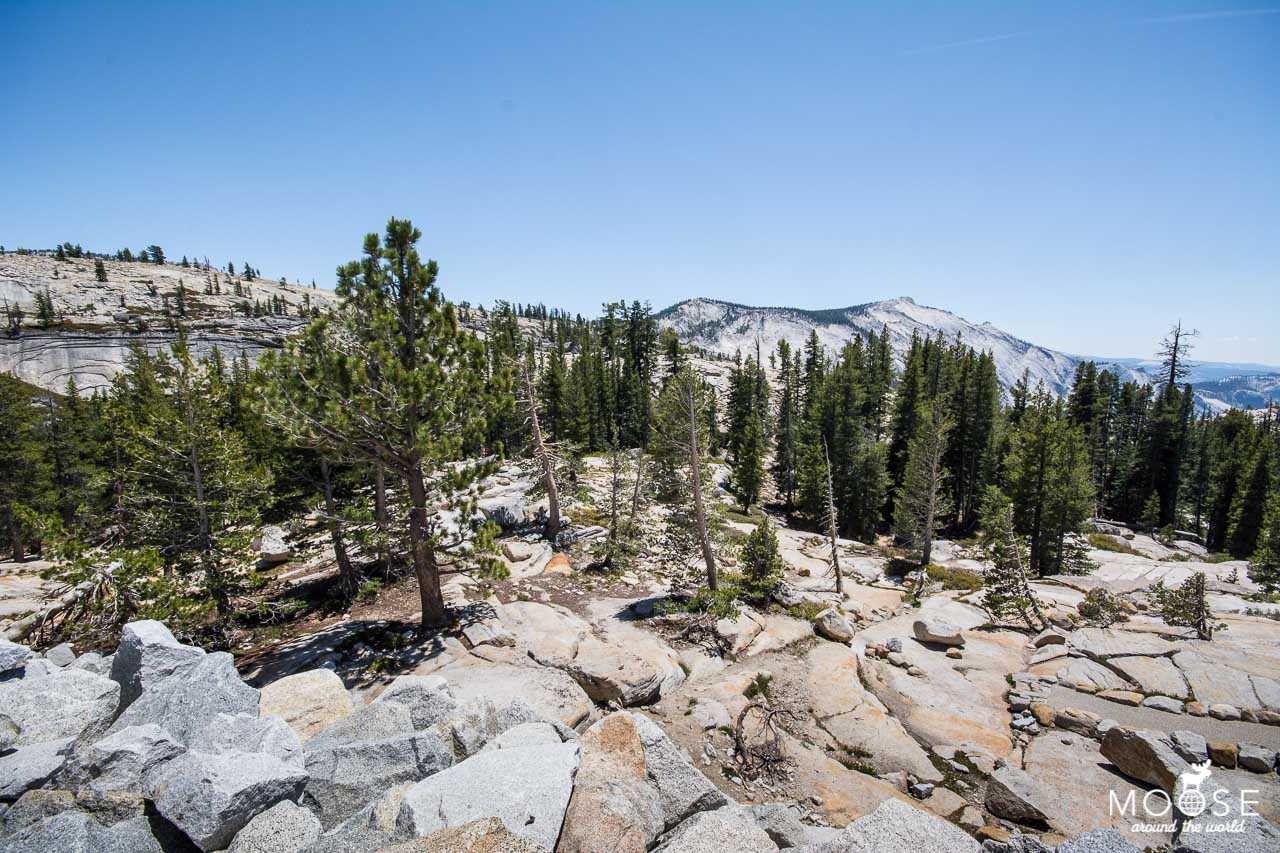 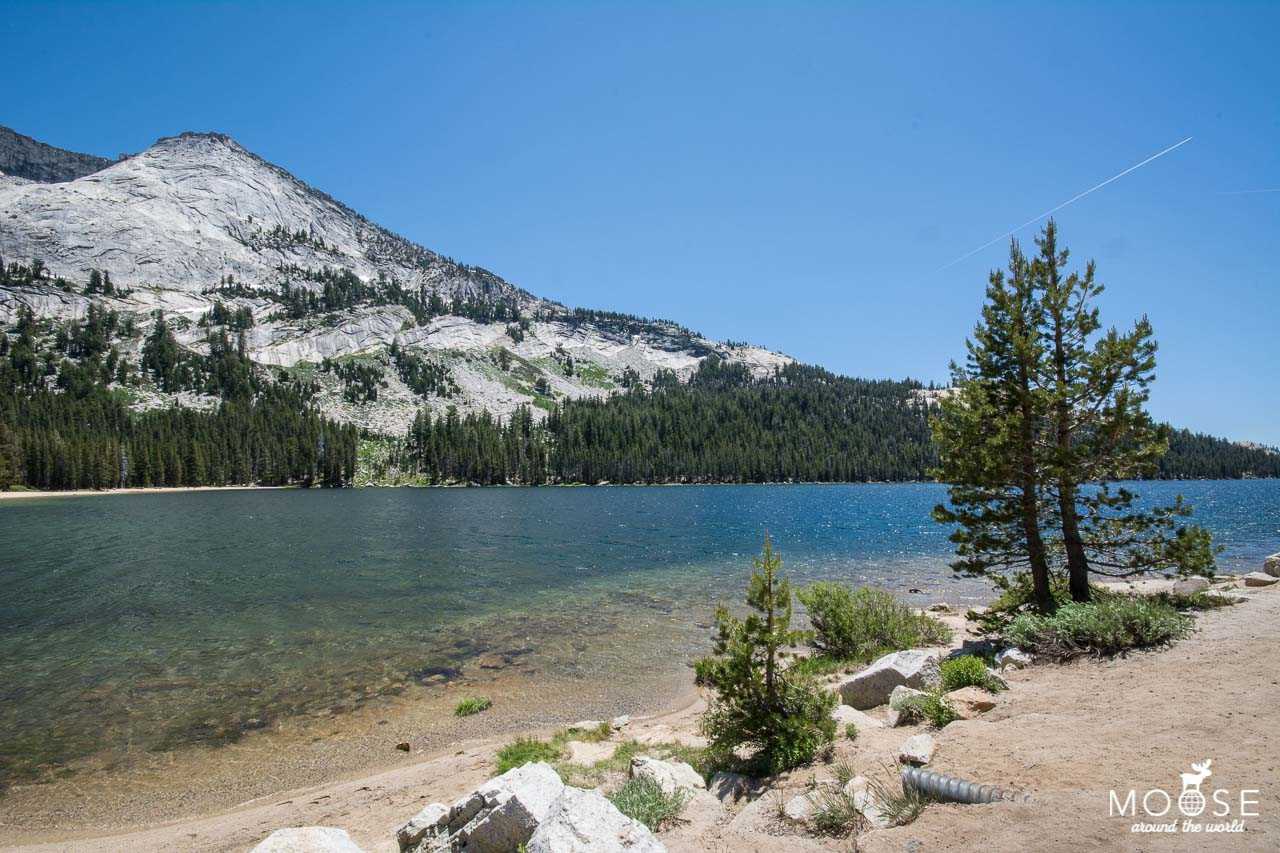 Mariposa Grove is home to the Sequoia sequoia trees. Many smaller hiking trails lead to the huge forest inhabitants. The oldest of them – the Grizzly Giant – is estimated to be around 2,700 years old. Until spring 2017, unfortunately, restoration works are underway in this part of the Yosemite National Park, so that most of the paths are closed. The only hiking trail currently open is the Outer Loop Trail. You can see the route on the map.

#7: Cycling through the Yosemite Valley

An alternative to hiking is cycling. Bicycles can be rented by the hour or for the whole day. In the Yosemite Valley there are almost 20 kilometres of cycle paths.

Yosemite Falls is one of the highest waterfalls in the USA. They fall in three parts a total of 739 meters into the depth. Due to the drought, however, they carry so little water in late summer that you can almost cross the riverbed without getting your feet wet. The Bridal Veil Falls also have the most water in spring. The waterfall then acts like a bridal veil. East of the Yosemite Valley the Vernal Falls and a bit further the Nevada Falls plunge 100 and 181 meters respectively into the depth. The two waterfalls are best reached via the John Miur Trail or the Mist Trail. The best time to visit Yosemite National Park is spring or early summer. At this time of year the waterfalls still carry a lot of water due to the melting snow. In late summer the waterfalls are very weak. In spring the park is even more empty. In summer, however, the national park is literally overcrowded, which of course can also lead to problems when looking for a parking space. But the fact that the Tioga Pass is open from May/June to October/November speaks for a visit in summer. But those who want to visit the park in summer should make sure that one visits it on weekdays in order to avoid the crowds of weekend visitors.

Accommodation in and around Yosemite is unfortunately rare, expensive and often booked out early. So we let our eyes wander a little and found a real highlight with the Apple Blossom Inn in Ahwahnee south of the gates of the national park.

The southern entrance to Mariposa Grove is about half an hour away, the Yosemite Valley about 1 1/2 hours. Even if the accommodation is far away: It’s worth it! The Bed & Breakfast has only four rooms, there are always freshly baked cookies in the kitchen and the owner Candy is there to help and advise. And with a large collection of VHS cassettes. What could be better than watching Forrest Gump on cassette after a long day in the evening! And then the breakfast: On the terrace overlooking the mountains, fresh fruit, muesli and freshly baked, delicious pancakes in apple blossom form with apple compote were served in the morning.