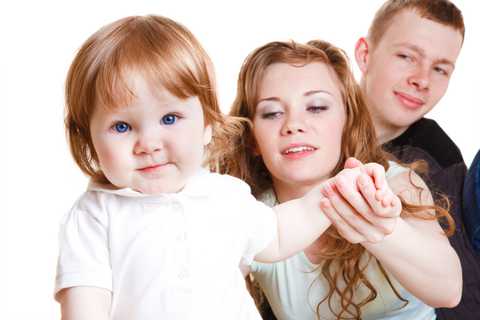 While at health policy level more or less work is being done on how to “motivate” the last remaining midwives to pursue a poorly compensated and seemingly uninsurable job, I increasingly see a very different problem for the German birth community. Because, of course, midwives are getting older and eventually retire from professional life. Although on average usually much later than the conventional retirement age provides, but it is still essential that new young colleagues have to follow.

But this is exactly where a problem has been starting for a while. While a few years ago it was like winning the lottery in the lottery, having obtained an apprenticeship at a German midwifery school, the number of applicants has been decreasing for some time in parallel to the entire midwife’s misery. And: those who start the training often end these early without a degree. At the midwifery school where I learned, twelve new midwifery students are trained each year. Fifteen years ago, there were over 1000 applicants for these few training places. The students who started the training also completed their exams. Even women who became pregnant or had a baby during this time have only paused, but have always stopped training. Today, not only the number of applicants has dropped significantly. At the same time, even more midwifery students will be resuming their education or study time. One colleague, who sometimes teaches in my former midwifery school, recently sat in front of just seven of the twelve midwifery students at the beginning. Five had stopped training again. Similar reports also a friend who studies midwifery in Berlin.

Midwifery training was and is no picnic. She demands one on all levels – and the whole thing around the clock in shift work. To reconcile this with one’s own children requires not only extreme organizational talent, but also very well-functioning and flexible childcare. Due to the strictly regulated number of theoretical and practical hours, longer absences are not possible without the approval of the exam is endangered. That’s not all family friendly.

But even midwife students without family obligations cease because the burden is too high. Although most have previously completed a delivery room pakatikum and know approximately what to expect, the working conditions in the delivery room are always more than onerous. The education of female and male students is often not well regulated and must be done as an additional task by the clinic colleagues. That maternity hospitals are chronically understaffed in all places, I had described here several times.

The students, in theory, get to know obstetrics, which focuses on the needs and self-determination of the woman giving birth, which can not be implemented in practice. For example, if I do not have time to stay with the woman at birth, I can not perform intermittent cardiac tone control, which usually results in a long-term CTG with sometimes limited movement of the woman.

Working life at the burnout border

But these are rather the “mundane” interventions in obstetrics that do not always meet the wishes of women. An intervention-rich, even partially traumatic obstetrics is often the result of lack of care. A staff key that has been calculated at the desk rarely meets the actual needs. In addition, there are various secondary tasks such as the care of gynecological outpatient clinics, administrative activities and much more, which prevents delivery room midwives from taking care of the women under the circumstances in accordance with the situation. In this field of tension now even midwife students are trained professionally and factually correct! Trouble is there preprogrammed and also on the agenda. In many houses, the students are not in addition to the delivery room or on the obstetrical ward, but they are an integral part of a usually too tightly occupied roster.

The situation is different for the students in the external school, which is usually done in a birth house or at a home birth midwife. There they get to know obstetrics as they wish for all women. The motivation to work after the training itself, whether out of hospital or as a documentary midwife, which offers a 1: 1 care in the hospital, may help you with the not always easy training time. But for some years, the aspiring midwife colleagues have, of course, seen how much the basic conditions for freelance midwives are increasingly deteriorating. That working life as an employed midwife often runs just short of the burnout limit, they already know long ago.

So what are the perspectives? Of course, we have a wonderful and great job by nature, but no one can live on the esteem and gratitude of families alone. And if I can not look after women as it would be appropriate in this particular phase of my life, the gratitude will eventually disappear. With each year of training, you become more realistic, and due to the large media coverage of midwifery issues in the last two years, future midwives know exactly what to expect. They already get to know in their training how often midwives change jobs, undergo training in other areas, study or completely abandon midwifery work. Almost all of them began to learn and work later with great enthusiasm and love for this job.

But the disillusionment follows faster than you think. The extremely high responsibility, on-call duty and completely unplanned working hours are one thing. However, the fact that you can not even afford to finance a living, quickly leads to the realization that it is difficult to live off and live with it. That’s why many midwives have other legs or go completely different ways. The length of stay in this profession is extremely short anyway.

So where should the motivation come from, to drag on some of the difficult training and study periods and neglect family and private life for three or four years??

Nevertheless, there are budding female colleagues who still do that. But it clearly shows that it is becoming less and less. Not only are more and more women examined, but there is a growing lack of midwives. So while health policy is still presenting solutions that are not, Germany is longing for a shortage of midwives, which can not be remedied so quickly, even if the working conditions for midwives should improve at some point. But maybe the birth rate is so low anyway that we just do not need midwives anymore. With these conditions and the current family policy, you will gradually lose the desire to have children and have children …