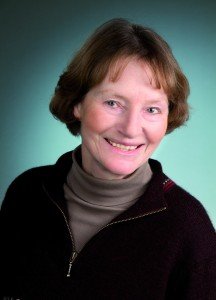 Dear reader,
my sister is a teacher at a primary school in Bavaria. She recently had the following experience in ethics classes: a lesson for fourth grade children who do not participate in either Protestant or Catholic religious classes; the children should use photos and laying material to illustrate their 9-year life path. The teacher had brought her own photo album, which of course met with great interest. Among them was a picture of her as a communion child together with her twin sister. She explained to the children that Catholic children go to ceremonial first communion and Protestant children to confirmation at the age of 14. The children asked. A boy said, "What is religion?" A girl knew that she was a Muslim. For a moment it was unusually quiet in the classroom. The question was left unsaid: “And what about us. Don’t we have a party at all? ”Then the class continued as usual with lively stories and the usual disturbances. But that moment impressed my sister so much that we talked about it later.

Fortunately, we live in one free Society in which we can freely choose our worldview. But this freedom is also a difficult task, especially for parents. Because children do not only have the right to education and training, one of 10 Fundamental Rights in the United Nations Convention on the Rights of the Child -. They also need to get to know their cultural roots, which religion is not insignificant.

Jesus grew up in a devout Jewish family: The parents of Jesus went to Jerusalem for the Passover every year. We find that out in the gospel today. Actually, this is surprisingly rarely the subject. During his public appearance, we hear a lot about his disputes with religious officials and scribes. But that he himself grew up in the faith area of ​​Judaism and lived his faith, we must always keep in mind. The Leipzig Jesuit Gerhard Kroll gives us an insight into how we can imagine religious life back then in his book "On the trail of Jesus". I quote a passage from it:
No doubt there were pious Jews in Nazareth at the time of Jesus who took their faith seriously; but there were others who were less concerned. Everything we learn about the parents of Jesus in the gospel shows that they were among those who feared God and obeyed the law … Every time the boy Jesus left or entered the house, he followed the example of his parents to the Mesusa – (a box in which a parchment strip described is kept, on which it is written: "Hear Israel, the Eternal is our God, the Eternal is one …") – on the doorpost with his fingertips, which he then kissed. At morning and evening prayer, he wore “Hear Israel,” on his forehead and hands, as Joseph taught him. In the security of his parents’ house, Jesus experienced a world that was completely dedicated to the divine. The sacred surrounded him from morning to evening. All hours of the day were accompanied by prayers of blessing, which the real Israelite spoke not only with his lips but also with his heart: "Glory to you, Lord, King of All". In many places in the Gospels we find the short note: “Jesus retired to prayer.” That was his world, in which he had grown up from childhood.

At the age of twelve, Jesus was no longer a child, but almost a young man shortly before he came of age. Like every year, he makes a pilgrimage to the great Passover festival, which commemorates the liberation of the Jews from Egyptian slavery, about 150 kilometers on foot from Nazareth to the temple in Jerusalem. Soon he will have to stand up for the duties and rights of a believing Jew. Let’s try to imagine that there were about as many pilgrims to the 50,000 inhabitants of the city: a huge festival, a week of celebrations with an immense amount of sacrificial animals. Jesus is drawn to the temple district and he stays there for days; he is looking for the scholars, listen to them and ask them questions, that make you listen. Who is this boy with such extraordinary understanding? Apparently they take him in, give him a place to sleep and eat.

Only five days after The End of the feast the parents find their son, apparently in his father’s house forgot everything around her: a day of hiking home, fearful search for her son, a day’s walk back, then three days of searching in the big city. How can we empathize when Maria, who may have expected the worst, is now breathing deeply into her heart: Child, how could you do this to us? She never thought before that the boy could get lost, since there were many relatives, friends and acquaintances from the village community with them. You can’t and don’t have to keep an eye on a 12-year-old anymore, you have to allow him his own experiences. Fortunately for all of us, the story ended well: we hear that Jesus returned to Nazareth with his parents and that he was part of the family as before. But Judaism and the scriptures remained his world. He was increasingly filled with divine wisdom. For Maria, the mother, it wasn’t an incident to forget. She now suspected even more of her son’s calling. The event was full of pre-meaning for what was to come. Even two decades later, Jesus should go to Jerusalem again for the Passover. But then events took a different course.

For Jesus of Nazareth, religious identity as a Jew and home in his family were the roots from which his call to the Messiah could develop. Can you say that? I think so. In derived form, it applies to every human being: Those who have no firm footing, who can only be rooted, will find it difficult to survive in the demands and threats of an increasingly complex world. Parents who no longer ask themselves the questions of where and where will go all the more to control all of their children’s steps, to protect them and to look forward to providing every school grade for the future of the children. Wherever you listen, teachers can tell corresponding stories. And we all know it: material goods don’t really fill you up, and success does not guarantee a meaning in life. We need a solid framework for our lives and spiritual and spiritual nourishment. Our Judeo-Christian tradition offers us an inexhaustible wealth of stories and messages. We should respect them and seek knowledge. What luck if someone can still find faith in the god of life. Amen