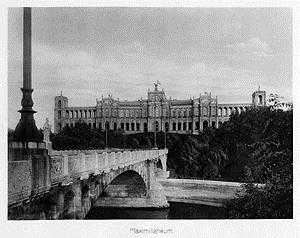 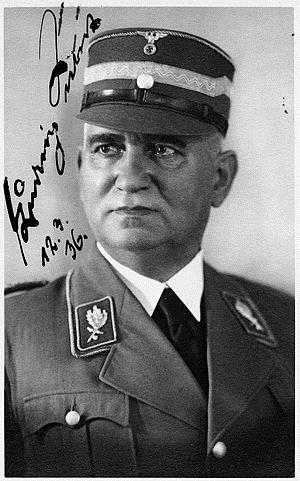 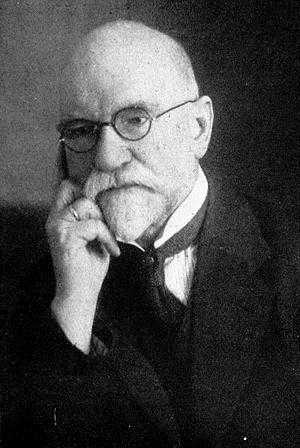 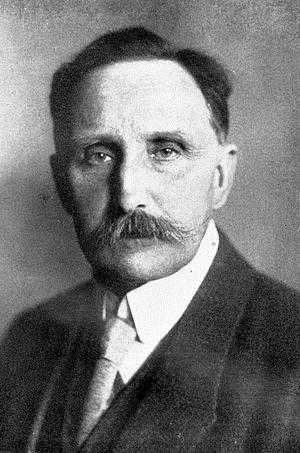 The "Academy for Scientific Research and Care of German Studies / German Academy" was founded on May 5, 1925 in Munich. Initially focused on the promotion of German minorities in Eastern, Central and Southeastern Europe and the study of German culture, shifted after 1930, the emphasis on the promotion of the German language abroad. To this end, the Academy established a network of language schools in the neutral, allied and occupied European countries, especially after 1940. As a result, she became the forerunner of today’s “Goethe-Institut for the Care of the German Language Abroad and for the Promotion of International Cultural Cooperation e. V. “The US occupying power dissolved the German Academy on 31 December 1945.

Emergence and development until 1933

The reflections on the creation of the "German Academy" went back to the spring of 1923. Several Munich dignitaries, including the rector of the Ludwig-Maximilians-Universität Georg Pfeilschifter (1870-1936), the geopolitician Karl Haushofer (1869-1946) and the historian Hermann Oncken (1869-1845), decided to set up an institution for the centralization and intensification of the To establish cultural relations with foreign countries. At a time of power-political helplessness, Germany’s international position was to be strengthened through cultural-political initiatives.

The academy was officially founded on May 5, 1925 in the auditorium of the Ludwig Maximilian University in Munich. She initially took up residence in the residence on Odeonsplatz. In 1932 she moved to the Maximilianeum above the Isar, where she remained until its dissolution. In its early years, the German Academy, which was organized as a private association, devoted itself above all to the promotion of German minorities in Eastern, Central and Southeastern Europe and to the study of German culture in order to consolidate the Reich. The German Academy therefore included a research "Scientific Department", which was divided into four sections for German History, German Language, Literature, Folklore and Ancient Studies, German Visual Arts and Music and German State and Economic Studies. In the sections leading professors from all over Germany were represented in their field, for example for the German philology Friedrich von der Leyen (1873-1966), for the economy Otto von Zwiedineck-Südhorst (1871-1957) and Karl Alexander von Müller (1882- 1964) for the history science. Furthermore, the German Academy had one "Practical Department", which took care of the dissemination of German culture abroad.

The initial focus on the promotion of foreign German and their simultaneous conception as a science academy led the German Academy, however, immediately after its foundation in the crisis, because there were already enough other institutions for both fields of activity. Under the influence of the new General Secretary Franz Thierfelder (1896-1963), the promotion of the German language abroad from 1929 onwards became the focus of the Academy’s activities, since there were no competition facilities in this area. With this change of course, the Deutsche Akademie succeeded from 1930 to receive grants from the Foreign Office. In 1930 she set up the first language schools in the Balkans, in 1932 the new department was founded "Goethe-Institut for the training of foreign German teachers".

Expansion in the "Third Reich"

The always German-national oriented academy welcomed the seizure of power by the National Socialists. The 100-member Senate, a kind of advisory board of trustees, was cleaned in the summer of 1933 by now politically unpopular or Jewish members, including Thomas Mann (1875-1955), Konrad Adenauer (1876-1967) and Max Liebermann (1847-1935).

The financial situation of the German Academy remained despite increasing grants from the Foreign Office and the temporary presidency Haushofer, the good contacts to the "Deputy of the leader" Rudolf Hess (1894-1987) decreed until the outbreak of the war precarious, as it depended mainly on donations from the economy and private individuals.

It was not until 1940 that she received a generous, annually increasing support from the Reich budget, since foreign cultural policy was now regarded as important to the war effort. In 1941, at the insistence of the President of the Academy, which had been in office since 1939, the Bavarian Prime Minister Ludwig Siebert (1874-1942), the previously private association became a public corporation. After the death of Siebert took over early 1944, the Reich Commissioner for the occupied Netherlands, Arthur Seyss-Inquart (1892-1946), the presidency. In the process, the Academy’s budget was increased again. At the same time it came in the second half of the war increasingly under the control of the Reich Propaganda Ministry, which was also reflected in their foreign work. According to Joseph Goebbels (1897-1945) and Seyss-Inquart, this should no longer be confined to mere language promotion, but directly influence politics politically.

By summer 1944, the academy expanded from about 45 language schools at the outbreak of war to about 250, the total number of employees rose from less than 100 to finally about 1,000. In 1944, the budget amounted to about 9 million Reichsmark, 18 times the budget of the Prussian Academy of Sciences, the traditionally largest German academy of science, and was more than 40 times higher than that of the Bavarian Academy of Sciences.

Dissolution and re-founding as Goethe-Institut

By the prominent National Socialists at their head and their expansion in the wake of the victories of the Wehrmacht, the German Academy came in 1944 on the Anglo-American list of dissolving Nazi institutions after the war. It was considered by the Allies as a propaganda and espionage center operating throughout Europe. The official dissolution by the US occupying power took place on December 31, 1945. 1951 was created at the instigation of Thierfelders from the financial legacy of the Academy "Goethe Institute" as a private club. In its early decades it had strong continuities in personnel terms from the German Academy. The name "German Academy" was repaid in 1962 finally from the Munich register of clubs, after Thierfelder had registered there in 1950 again to the remaining balance of 1945 dissolved organization for the new project "Goethe Institute" to be able to use.