Do you remember the Neckermann competition last year? Well, what should I do? say . we actually won something: D a voucher for Neckermann.de .

So and actually I had written back then that there would be Lego for our dwarfs, so Lego for the big and Duplo for the little one.

Now I was rummaging at Neckermann.de (not for the first time. ;-)) like this for Easter and came across a construction fix: (wait, I’m just stealing a picture.) 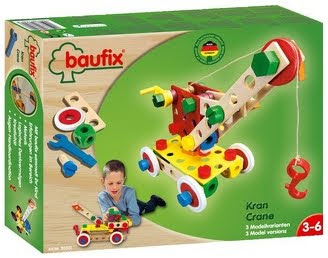 Is anyone familiar with it?? Is it still something for a 5 year old, or will he soon get bored again? Does anyone have that at home? Can children build the models on their own???

Maybe someone has something to sell so we can "try out" can?

It almost breaks my heart: 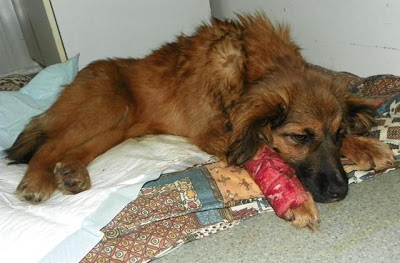 He is urgently looking for help! Currently paralyzed, surgery is likely to be required as soon as possible.

Melonik, about 8 months old, TH Konin, Poland, condition after a car accident, paralyzed in the back,
right front leg broken – it hurries, if we wait, the leg may need to be amputated;
this is a death sentence for him, since there is no longer any possibility of movement, urgently needs diagnostics and surgery

Who can help Margarethe and Melonik please contact Margarethe

I just copied it in here, it really hurts me

we are not allowed to have a dog here (although we live in the village in the middle of the pampas * grumbling *), we already had this discussion with our landlord I would help the poor little guy

sometimes it is better, I don’t watch something like that . 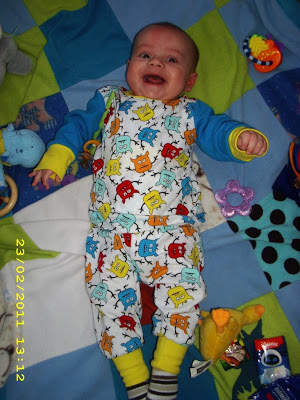 do any of you know anything about hair. I am desperate.

Today I sewed a sweater for the little one, I really wanted to sew a different neckline, not just the American one 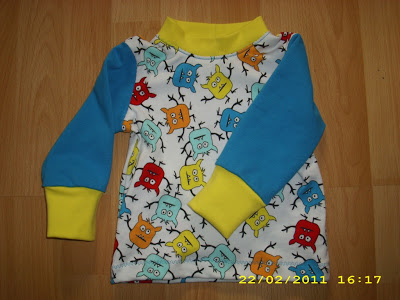 And because Mäuschen slept so well, I still had the opportunity to cut suitable trousers. Do you think it’s too colorful?. 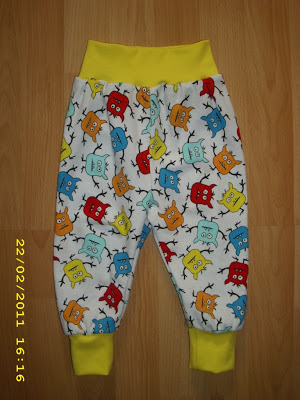 Here is a still rare picture from yesterday: I’m a little proud of my two mice: D 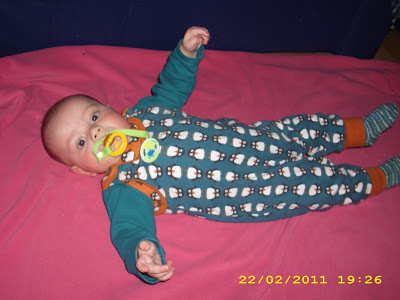 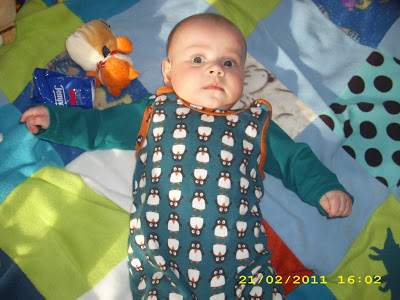 . you can turn from stomach to back .

. and from back to stomach .

. you laugh out loud at the nonsense your brother shows you .

. you look eagerly at everything we eat and drink .

. have you already tried to steal the food from our forks? .

. you take everything in the mouth, what you can get hold of .

. you are seriously trying to crawl forward on your stomach .

and we love you Damian for that. 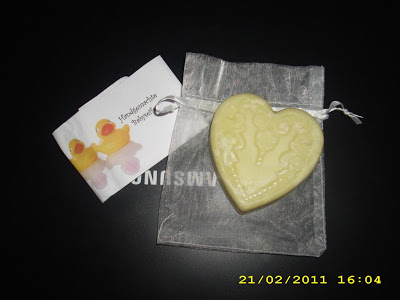 We were in the hospital

I wanted to get in touch now. I came back from the hospital yesterday with our baby. For 8 days we had to stay in complete isolation because of a highly contagious virus (RSV virus or something).

Was really exhausting, even the little one was completely annoyed and I hardly knew what to do with him.

I was not allowed to leave this tiny room for 8 days and everyone who wanted to go in had to put on protective clothing, and you feel like you have the plague .

Now I have a lot of catching up to do and we have to find our rhythm again. I’ll get back

Ps: Yes, our baby is doing better, we have to inhale 3 times a day for a week and according to the doctors in the hospital it will take about 4-5 weeks until the little one is completely healthy again (if he is in in the meantime not infected anywhere again).

participate in a raffle, but I think I was late. 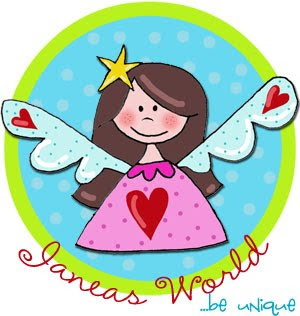 sewn again for the baby This little penguin sweater comes in the kids hiking package, however, if I find enough exchange

That’s how it is when the big brother also has a runny nose and cough with a plays. now the little man has a cough again and sneezes at me. sigh Long-term project (at least for me) At Püppeles Buntland there is still a raffle at 00:00 tonight, where you can (if you win: D) have a shirt sewn or win a fabric package, so if you still feel like it, quickly, quickly: Let’s see if it likes!

So, our little dwarf will be christened at Easter * happily * more precisely: on Easter Monday, April 25, 2011. I’m so glad you can’t believe it. Now we can start making invitations

Does anyone have any decoration ideas? Also for the bare walls in the village community center? Our color concept will be yellow-light green-white and on the table come these sweet, small, yellow, cuddly pipe cleaner chicks

you still know them ?? We always had them at Easter when I was a child

And I also need a tablecloth for the gift table in matching colors. uff, let’s see what else I can get

A lot of love and relief greetings first!
Nicole With this longitudinal division I have now distributed the colors differently than usual (otherwise I always had the patterned sleeves on the single-colored side part and vice versa), but I also like it very much.

That is now in size. Sewn 122/128, a size bigger than the last ones and now I’m curious to see how it fits, whether we still have to put it aside or whether Jamie can already put it on

Today there are many pictures to look at: Owl slippers, Gr. 20 that I sewed for an exchange. Leather bags that I sewed on the weekend (more are cut, but I don’t have matching color zippers.

And now the delicacy :):

At Feines Stöffchen there is a very worthwhile competition, which until uh no idea when will run * confused *

uhm well, so hurry up because I don’t know how long you have

Slowly but surely, the organization of Damian’s baptism turned into a personal trauma for me

This was not what I had imagined. Just to name a few small things:

– the godmother has been in Sweden since the beginning of January, actually wanted to come here for baptism, but probably does not work.

– the second godmother has left the church for a long time and, if things go wrong, can at best be a godmother and not a godmother.

– the third godmother agreed and canceled a few weeks later.

– we asked a fourth one, but she didn’t want to do it because she already has a sponsored child and only wants one.

– the only one where everything is working out right now is a sister of my husband, whom I didn’t really want as a godmother * grmpf *

– Been to the community yesterday, had to reschedule the appointment three times now because someone is always unable to, yesterday because local elections are held and we therefore never get any space rented on the desired date. So I moved it again yesterday and rented the room in early April. Suddenly woke up tonight and reminded me that my father was invited to a confirmation from his own godchild on this date, so I have to choose another date every now and then

-Been to the pastor three times because she is never there when I am there. Hopefully I don’t have to postpone everything again because she doesn’t have time!

– my aunt (pastry chef / baker) had made us such a beautiful baptism cake (ladybug cake) with Jamie – I don’t want to make it this time either, so I have to make it myself.

I’m getting tired of it. Have seriously considered whether we should not invite anyone and only make the party in the smallest frame

The disappointment is really gnawing at me, not that I would want to reproach anyone, but I have to do and organize everything myself , because my husband is always at work (long-distance driver – at most 48 hours a week at home) and a little bit it feels like nobody wants our baby "to have".

Actually I wanted to show you our fleece crawling blanket today, but I’m going to leave here for today. I don’t like anymore. This morning we had bad ice on the street, so we weren’t in kindergarten, maybe tomorrow everything will go a little better.