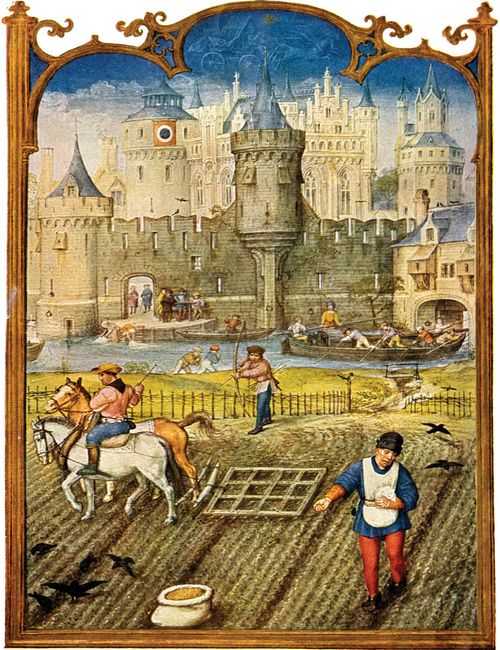 Military in the Middle Ages

Brief outline of the military system in the Middle Ages

The incursions of the Huns and Avars in the early Middle Ages brought a change in the cavalry with it. From then on the cavalry became powerful again and prevailing. Thus, the military activities were characterized over almost the entire Middle Ages in Germany by armies, the heart of which was mainly the cavalry. Only the rich could afford a war equipment with horses and thus they had to be specially protected. The infantry (foot soldiers) and the archers were considered support.

Another major change in the military brought with it the discovery of the driving force of black powder in the late Middle Ages. Knights armor, which deflected arrows and sometimes crossbow bolts, could no longer withstand the bullets, resulting after the Middle Ages in a move away from the heavy knight’s armor to lighter clothing. The walls of the castles could no longer withstand the cannonballs, so they either had to be redesigned or they did not use them as protection.

The Heerbann in the German early Middle Ages

The military was the most advanced state institution of the Germans in the Middle Ages. The military tried to gain power over areas and people. No one yet thought of using the economy, the judiciary or the financial system, which is also a state institution, to enforce power claims, at least not to the extent that we know it today.

The Western European military differed from the Oriental military mainly because the soldier in Western Europe did not form his own stand, but always wore the weapons for a certain period of time. At the same time, however, every adult man could be drafted. This was already the case with the ancient Teutons, in which the free formed the army custody (call all armed men to the war), to which in the north in an emergency, the servants were drawn. The decline of the Heerbann began in the 9th century. According to the Franconian laws, only the clergymen were excluded from the Heerbann, but they should not be considered dishonorable. In addition to the weapons-enabled men, the rich had to make levies such as gold, silver and other useful things, depending on their wealth, for the war.

As soon as the army had arrived and their leaders had been organized, strict discipline ensued. Incidentally, this discipline has survived until today in the military. Or has someone ever asked why officers speak to their recruits in loud, stern tones? Simply because it is the custom. But you could also talk to each other as well as normal. Content of this discipline was unconditionally obedient, and that no one, without the permission of the leader, was allowed to leave the army. Anyway someone left the army, z. As a deserter, this “crime” was called by the Franks “Herisliz” and he was threatened with the death penalty. It was also forbidden to steal in their own country, to fill the other with alcohol or to provoke a rebellion or a disturbance.

However, was a terrible threat from an enemy army, so even the clergymen in the early Middle Ages still had to go to battle, such as in the attacks of the Normans and Hungarians. In such urgent cases, the king could not first consult with the big ones. Those who did not appear simply met the death penalty. When the enemy invaded the kingdom, they all had to fight against the enemy. If the enemy was in Spain or Hungary, Charlemagne ordered every sixth man to move in with the Saxons. If the enemy was in Bohemia, he let every third man move in. When the Slavs attacked, all the Saxons had to resort to the weapon.

The guarding of the borders by margraves

In the frontier provinces of the Franconian empire the armor was more intense than inside the empire, because even at the borders an intrusion of the enemy had to be prevented. So z. For example, under King Guntram in the 6th century, the province of Arles 4,000 frontier guards against the Visigoths.

Charlemagne restricted the power of the Dukes and even completely annulled the ducal dignity in Bavaria and the United Kingdom. He gave the counts more power, that is, more authority, and established at the borders of the Marches so-called Mark or Grenzgrafen, who again had several counties among themselves. The margraves were ordered to guard the borders and thus had a task considered very important. Soldiers from the interior of the country were sent to serve at the border and were relieved every 3 months. In addition, the Margraves still had specially trained cavalry.

By restricting the ducal dignity, the margraves gained more influence and commanded the entire province, subject only to the emperor and the gathering of the great. Now, when trains were made against the enemy, the higher clergy appeared with him army, which then always consisted of the wealthy, who could provide their equipment themselves and prepared at the May gatherings, where the warlike enterprises were discussed for the current year The more wealthy you were, the more you had to pay for the war. If you were sick, you were freed from the Heerbann, as well as standing in the court service. Who had just married, who was released for a year from the Heerbann.

The participants in a battle

Thus, in the Carolingian era, the general compulsory military service through which the country provided a large army was found. In addition to this actual army, from which, however, the unfree were excluded, there were still the bodyguards or guards – the troops destined for the defense of the king. These bodyguards were vassals who were present at the King’s Court and executed his direct orders. They received money, clothes, groceries, jewelery and weapons for their services except fief. They had mostly horses and their own banner and stood among the Schargrafen.

The supreme command in the war was led by the king or the duke or margrave appointed by him. Below him stood the other counts, the centgraves, Tungini, then the Tiuphads, Tionhofes, Tenth, Decane. Since then also appears the corporal punishment and the death penalty, which was still very rare among the Teutons.

The beginnings of castle construction

As the cities in Germany developed more, however, there were changes. It had been very early on the borders (brands) against the Slavs fortifications created, which consisted mostly of ski lines and earth walls and at which at certain distances mounds were set up for sentries. These beginnings of the fortress were further developed in the castles and in the cities. King Henry occupied these fortifications and city walls with soldiers, from which later developed the city defense, against the Hungarians. King Henry ordered regular exercises for the mounted landowners and gave them more land to fief, so that these secular courts later formed the centers of political life. But also the knightly beings develop mainly from the age of Ottonians more and more.

The battles with the Saracens in Spain and the Orient were always equestrian battles. But when the wars began in the 14th century against the Swiss rural communities, who fought preferentially on foot, and since the Hussite Wars (since 1419), the knights had to prepare more for the fight on foot. For a powerful cavalry could do nothing against an experienced infantry, armed with pikes. In addition, the education of the infantry was favored by the blossoming of the cities, since in the cities only a very limited number of horses could be accommodated. The country folk always appeared on foot, as did the mercenaries, who had mostly been infantry since the Anglo-French war (probably 1194-1199). The mercenaries, who emerged at the end of the Middle Ages, also served mostly on foot.

Already in the 10th century, Otto I had in the battle of Lechfeld against the Hungarian craftsmen and citizens in his army. Among them, especially the Augsburg weavers were called, who resisted the enemy the strongest. The following emperors took with their Roman rides almost only cavalry. Even in the wars of Henry IV against the Saxons and in the Crusades, the cavalry was always the most powerful force.

The Austrian princes also attacked the Swiss with cavalry, armed on foot and with scythes, bulwarks, morning stars, heavy halberds, axes and short, broad swords. In the unfavorable terrain for the cavalry, the knights had to dismount the horses and continue the fight on foot. But since they were armed and the enemies were lightly clothed, the knights had a great disadvantage.

In the wars of the cities against the nobility and in the wars of Ludwig of Bavaria against Frederick the Fair, urban peoples of the foot, such as the Landshuters and Moosburg smiths, the Munich bakers and clothiers, appear to be capable combatants. Of course, no cavalry could be used to assault the castles of predatory and unruly noblemen, and the participating towns sent their citizens as infantry, armed with far heavier weapons than the knights. The spears of the foot-races were shorter and heavier and resembled hatchets on long stems rather than lances.