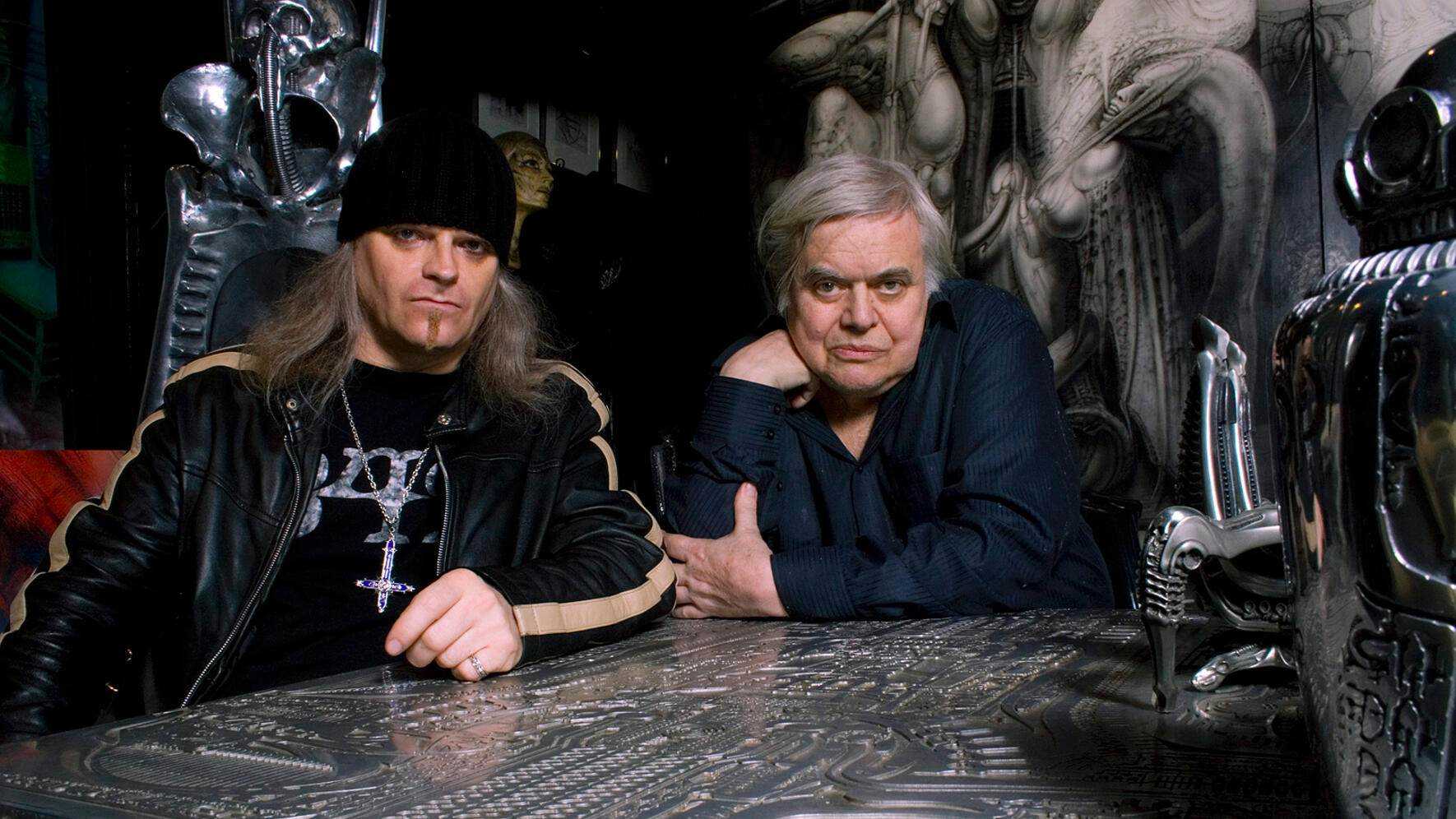 The metal musician is quite tame: He marries Corinne.

His destiny touches us to tears. Tom Gabriel Fischer from Zurich experienced hell as a child – and strikes back devilishly as a metal musician. In his private life, however, he floats on clouds: recently he got engaged to his girlfriend Corinne Kühne. Schweizer Illustrierte” visited the couple at home. 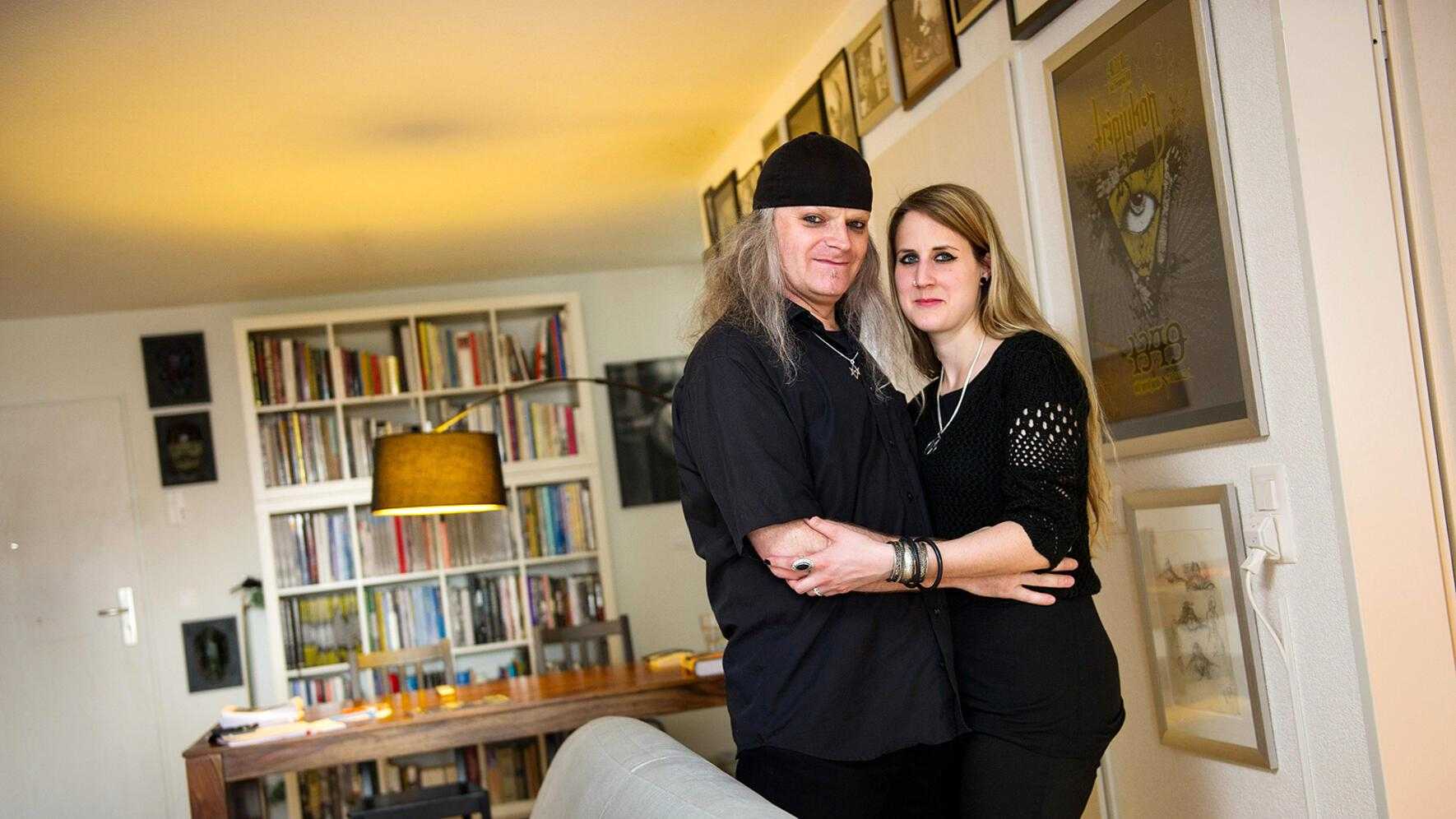 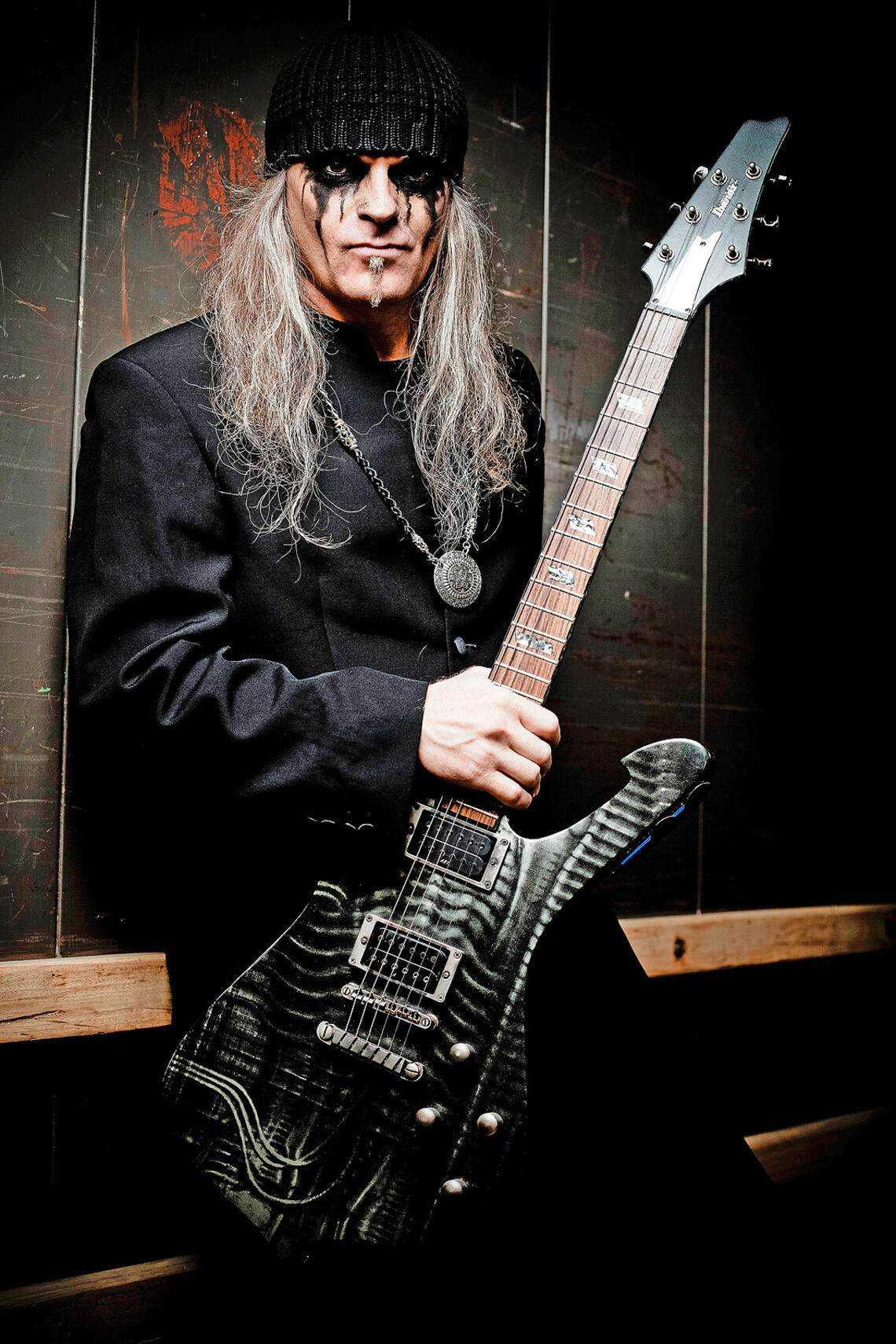 Does this black-dressed, long-haired, sinister-looking guy with his kajal-smeared eyes scare you? You can be reassured! Absolutely! Tom Gabriel Fischer, 50, is neither aggressive nor a Satanist, not rude (he gets up to greet) or uneducated, not constantly drunk (he drinks a glass of wine at the most) and certainly not drug addicted (when he was 14 he tried a joint once). This man doesn’t use any of the common clichés that people like him like to be attached to. The dark guy is not even decorated with a single tattoo.

Fischer is an icon. A heavy metal musician who inspired stars like Nirvana front man Kurt Cobain, † 27, Foo-Fighters musician Dave Grohl, 45, and shock rocker Marilyn Manson, 45, with his band Celtic Frost in the 1980s and 90s. Zurich-based Tom Gabriel Fischer, also known under the stage pseudonym Tom G Warrior, filled concert halls in Japan with his band and rocked the legendary Hammersmith Odeon in London. Celtic Frost sold an estimated two and a half million albums, making Fischer the world’s most successful Swiss musician after DJ Bobo (15 million) and Krokus (14 million). In 2004, the US magazine “Guitar World” voted him 32nd among the 100 best metal guitarists. 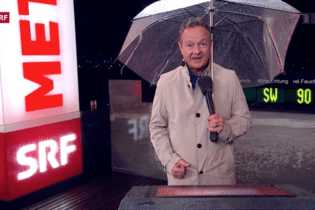 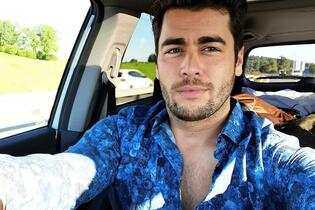 Fischer is radical. That’s also what his girlfriend Corinne Kühne, 27, says. It’s not meant negatively. They met via the social network Myspace, where Corinne posted a comment on Celtic Frost. “I liked her,” he says. He was more concerned about the difference in age than she was, “I wish she had been a little older. But if it fits, it fits,” says Tom, who was married to a Texan woman for over 16 years. He also has a child from a previous relationship in Germany.

He and Corinne have been a couple for a year and a half now, they even got engaged recently. “Corinne’s mother doesn’t like me very much,” says Fischer. He doesn’t care. It’s also not the first time in his life that he’s met with rejection. As a child he suffered for years. Three weeks ago Fischer was a guest on the SRF-3 radio show “Focus” and told Anna Maier, 36, about this time in an interview. Not only the presenter had to hold back her tears. “Metaller makes Switzerland cry”, was the headline of the commuter newspaper “20 Minuten” the following day.

Fischer’s childhood shocked. He is six when his parents divorce. In 1970 his mother moved with little Tom to Nürensdorf ZH, then a 1500 inhabitant coffee shop near Kloten airport. An old farmhouse. No friends. No acquaintances. A divorced woman with her child. An absurdity at that time. Tom gets beaten up by the other children in the village. They lay him over the climbing frame in the schoolyard and beat him there as if they were knocking out a carpet.

And his mother? She hangs the house key around his neck and disappears – sometimes for a few days, sometimes for weeks. “She smuggled diamonds and luxury watches to Germany, South America and Australia. I didn’t hear from her at that time and wasn’t allowed to say anything to anyone. The little boy has to put his own food in the oven. Cheese cake. The mother fills the freezer with them before she disappears again. Fischer still likes to eat cheese cakes today. “They can’t help it either,” he says and shrugs his shoulders.

When his mother’s smuggling activity fades at the end of the 70s, little Tom is no longer alone, but the situation doesn’t get any better for him. His mother brings cats into the house instead of people. At times there were 90 animals. It stinks terribly, he stinks terribly. His teacher tells him. Nobody asks, nobody helps. He has had no contact with his mother for years. He last saw her in 2000, at his father’s funeral. “The state will contact me as soon as she dies,” he says.

Tom flees to a fantasy world. Books and music determine his life. At the age of 19 he founds the first band: Hellhammer. His music, as the news magazine “Facts” once wrote, “sounds brute, repellent, gloomy, hard and painful, so remote – the brutal noise of exploding rockets and starting planes, cat’s whine, screams of the dying.”

Fischer even begins a four-year apprenticeship as a machine mechanic. His dream: to become an aircraft mechanic at Swissair. Three months before completing his apprenticeship, he goes to the boss, puts his letter of resignation on the table, points his middle finger and says: “F. you! Tom Gabriel Fischer alias Tom G Warrior has his first record contract in his pocket. The guy knows how to fight. So Fischer sits down, writes a letter to the artist H.R. Giger – and he actually designs the first record cover of Celtic Frost. Fischer is convinced that “you can achieve anything if you make a firm commitment to it”.

The beginning of a friendship. H. R. Giger, the father of the alien, becomes Fischer’s fatherly friend. Finally, he is the right hand of the Oscar winner. He guides guests through the artist’s house, does errands, organizes exhibitions. Since the death of H. R. Giger in mid-May, he has spent up to twelve hours a day helping Carmen, his widow. He is in the middle of preparing for the tour with Triptykon, his third band. Actually, he should have been on stage at the Maryland Deathfest in Baltimore, USA, on the day the “Schweizer Illustrierte” visited him.

“I am not a follower and not weak – despite my childhood,” says Fischer. The dark guy is actually a ray of hope. He can only become mean if he is provoked by “Spiesser”. Then “amusement shame” is the order of the day, as his girlfriend Corinne puts it. “He won’t get angry or indecent. But he strikes back in his own way.”