A contribution by Tina Bürmann 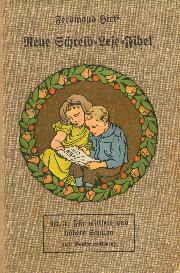 The origin – the textbook
The so-called reading books and ABC books, in which the illustrations of objects or living beings were assigned to individual letters, are considered to be the origin of the picture book. This type of presentation was intended to promote memory and understanding, and it was successful: To this day, preschool children still learn to spell and count / calculate using this method.

Between 1658 and 1830 countless such textbooks appeared, including Johann Amos Comenius’ non-fiction 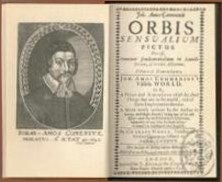 The visible world ("Orbis sensualium pictus") that should serve as an introduction to knowledge for children, and Friedrich Justin Bertuch’s encyclopedia Picture book for children that in 12 volumes more than Contains 6000 scientific images.

development
"A central aspect in dealing with picture books was (and still is) the concept of "child conformity". At the beginning of the 20th century, the art historian Konrad Lange determined child-friendly picture book art: u. a. clear outlines, calm colors, not too glaring contrasts, primary colors; uninterrupted forms, the general and typical. () This historical concept of the child-like is rejected today by picture book research as a guideline for modern picture books.(1)

The instruction by non-fiction picture books continued until the 19th century, but was then increasingly replaced, if not completely, by the emphasis on illustration and narration (for entertainment). The contents of these new picture books deal mainly with traditional songs, nursery rhymes, fairy tales, and stories like that of Till Eulenspiegel (Author unknown), Max & Moritz (Wilhelm Busch) or the Struwwelpeter (Heinrich Hoffmann, 1844) the children convey moral values ​​in an entertaining way.

Today’s picture book
Due to new influences like film, television and computer the picture book changed in the course of time – format, equipment and topic became more complex, so that too "tall children" find more and more pleasure in the creatively illustrated literatures. Take, for example, mangas and comic books that are particularly popular with young (and also older) adults – in fact, these books are of course also a modern variety of the very same books that are nowadays mainly between painterly style, collages, surrealistic Style, realistic style, cartoons and drawings (art / photo) differs. 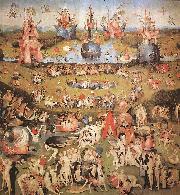 The variety of this market is amazing. For example, there are bath books that are made of plastic and are therefore waterproof. Feeling books that contain tactile elements such as synthetic fur or sandpaper or pop-up books that display their content as a three-dimensional object. Not to forget the always popular coloring books, whose colorless illustrations can be designed by yourself.

Also fresh on the market are audio picture books (interview of the magic mirror on the subject), in which seeing and hearing are combined. The story, which is set to music, is included with the purchased picture book, and vice versa. A pleasure for the eye and ear at the same time. 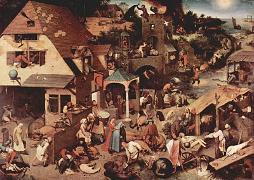 The most playful form of a picture book, however, is called the puzzle variation wimmelbilderbuch. These are mostly very large (A4-exceeding) picture books with partly double-sided, detailed images of everyday situations in which people, animals or objects are found "abound", hence the name. The painters are considered to be the fathers of hidden objects Hieronymus Bosch and Pieter Brueghel the Elder, who shaped the style of the hidden object with their extraordinary art, as well as the writer and illustrator Hans Jürgen Press, who published numerous game and puzzle books. 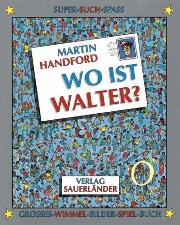 The fun with the hidden object book is to solve the task, namely a certain object or one Find a person in the tangle shown. A famous example of such a find game is the children’s book series by the British illustrator Martin Handford. Where’s Wally? (Eng. Where’s Walter?) is characterized by large-format, detailed images of various scenes (e.g. city life, beaches, fairs) that are completely overrun by people. On each of these drawings you can also see the always dressed Wally, which however requires a lot of patience and a good eye on the part of the viewer. Once you have found Wally, you can move on to the next picture, and the fun begins again. A total of twelve editions of the Wally series were published by the German publisher Sauerländer. In addition, four video games were produced in the years 1991-1993, which are based on the principle of books.

Hidden objects as a PC game
Hidden object games are much more complex for computers, the latest popular trend in casual and break games. These can either be ordered relatively cheaply directly on the Internet, or played online (usually free of charge for one hour) so that you do not have to buy the notorious pig in a poke. Most providers can download the full versions, but you can also get a backup CD by post for a small additional charge.

Computer hidden objects are cleverly packed into small adventures in which, for example, Sherlock Holmes’ unsolved cases have to be solved or as Hercule Poirot has to clear up death on the Nile. In other games, you walk in Harry Potter’s footsteps through magic schools or act as a ghost hunter. In all of these new types of hidden object games, in addition to the classic find game, you will also find other puzzles and brain teasers that you have to master to complete the game. Frequently there is only a short period of time available to the player, which, depending on the level of difficulty and personal talent, can lead to smoking heads. If you do not solve the puzzle within a few tries, the level usually has to be repeated completely – in some games you are busy for hours or even days – and entertained well. If you don’t feel up to the fun of thinking, you can also use the relatively simple hidden object pictures, because those that are only limited to image searches are of course also available as PC versions.

As with other games, you should also pay attention to whether the games are child-friendly or more suitable for adults here and there, the games are quite creepy.