Children’s birthday in Hamburg: Where only on birthday party? In Hamburg There are countless possibilities, but how to find what and keep an overview? Here you can get tips for the celebration in and around Hamburg – in the indoor playground or in nature, with climbing, cooking or soccer, in the museum, with dancing or karting!

Children’s birthday in Hamburg: inside, outside, but always exciting!

In Hamburg and in the surrounding area birthday party Celebrate in very different ways – naturally tailored to the age and preferences of the birthday child.

It’s especially great for city kids to be outside in the nature to celebrate. On the Harderhof there is a happy party with pony rides, picnics and treasure hunts. Pony riding is also on the program at the children’s farm in Kirchdorf, as well as a hay ball battle and a children’s disco. In Alveslohe north of the Hanseatic city on the Bühring farm, a campfire with stick bread is also part of the children’s birthday party. 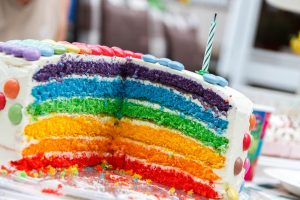 Miniranch Norderstedt is a little closer, where chocolate pony races and straw treasure hunts are the hits with the kids. Not a farm, but a nature reserve is the setting for the children’s birthday party the Foundation Nature protection, which attracts with Indian stalking or forest adventures to celebrate in the Boberger Niederung. It will definitely be animal in the Hagenbeck Zoo.

Out in the city

Hamburg is celebrated outside with Stattreisen. The children set out on their way as port detectives or experience their city from scratch with the city quiz.

The Beach Center (for example at the pirate birthday), the inline skating school or the soccer hall in Stellingen offer further opportunities to tackle the children’s birthday sportily. The Hamburg swimming pools also play along and have celebrations in various parts of the city.

Celebrations are brisk in Billie’s dance studio or in the ballet studio. Small balls have to be sent on the trip in the black light district.

Children who like to be creative get their money’s worth at Madebyyou and in Studio 1.1.2. You can print your own bags, T-shirts or pillow cases in the screen printing workshop.

You can rehearse your own play in the Zeppelin Theater. Watch a piece and then eat a cake in the bistro? You can do that in the theater for children. In addition, the Hamburg Museum Service has an extensive range in many of the city’s museums.

Cooking at the children’s birthday party in Hamburg?

Cooking is fun! The birthday child and his Guests when the mixing spoon is swung at the small chef’s hats in Ottensen or in the children’s kitchen in Langenfelde.

Children who love mobile stands may like to party and step on the gas at Jumicar. Or drive a bus yourself or get to know the airport?