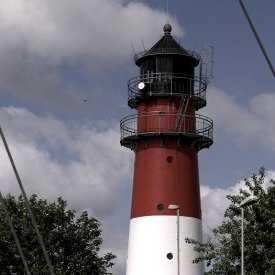 Lighthouses on the North Sea

Lighthouses are just as much a part of the North Sea coast as the water and real lighthouse enthusiasts make it their business to see them all.

The probably most famous lighthouse in Germany is in Westerhever. No other lighthouse has been photographed and filmed as often and broadcast around the world on the TV screen. The lighthouse of Westerhever with its two lighthouse keeper cabins is not only the symbol of the region, but of Schleswig-Holstein and its roots as a maritime and coastal region. Lighthouses are as much a part of the North Sea coast in Schleswig-Holstein as the water and real one. At one time, they were seen sailing the rough seas, not always pleasing the residents of the islands. For pirates and locals made a fairly good living by stranded ships. Sometimes fires were made to make captains with their crews and ships. The precursors to the lighthouses were open wood fires, lightships, or even large oil lamps. An old cast iron oil lamp is hanging from a wooden tower in Büsum.
If you see the whole series of lighthouses on the North Sea, you will soon realize that the typical style is ringing with red and white stripes. The traditional beloved cult symbol. There are striking differences in shape and color. Some of the lighthouses have become famous beyond the borders of the state. Westerhever is one, just as the lighthouse in Kampen on Sylt. The white structure with the black stripe around the middle of it atop the red cliff is visible from a distance. The brick tower in Dagebull looks like a dwarf with a stocking cap. The highest lighthouse is on Amrum, 63 meters high. In the whole world, there is only one lighthouse with a thatched roof. It stands on the only warft (dwelling mound) left on Oland Hallig and is named after the reverberant. Another peculiarity: it is the smallest lighthouse in Germany, at only 7.45 meters high.
In the safe haven of marriage. A wedding at a lighthouse is something special. This is possible on Pellworm, in Westerhever, and on Sylt. So on Sylt is the northernmost building in Germany: the lighthouse in List.
Keeper lives at his former workplace. They are all operated remotely by computer.
Every lighthouse has its own fascinating history. A visit, and if possible, a tour is not only an experience of living history. The sometimes strenuous climb is rewarded with a breathtaking view of the fascinating landscape of the Schleswig-Holstein Wadden Sea National Park. The former lighthouse keeper cabins of Westerhever today are home to a Wadden Sea reserve station.

See the map for an overview of the lighthouses – just click on the map icon on the left.

The now red and white lighthouse used to be black at the beginning. Height: 25.5 m; Steps: 87; Tours: not available; Accommodation: no 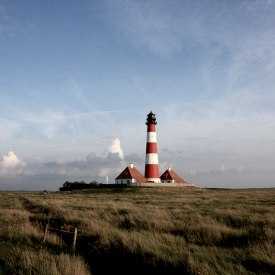 The lighthouse is on duty for over 100 years.Height: 42m; Tours: the tower may only be viewed as part of a guided tour on Mondays and Wednesdays; Accommodation: no; 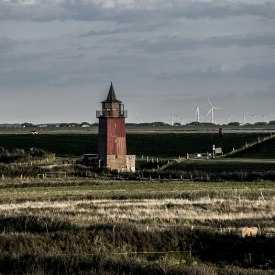 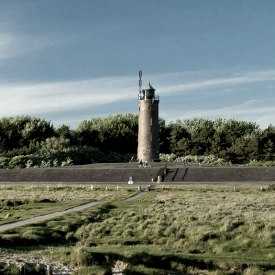 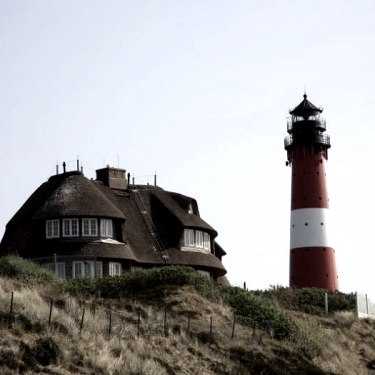 Germany’s smallest school was located in a room inside the lighthouse. Height: 34m; Accommodation: no; Tours: available;