It has strained the nerves of many a neighbor and ruined many a shoe. now the bobby car is 50 years old – and is no longer just loved by children. 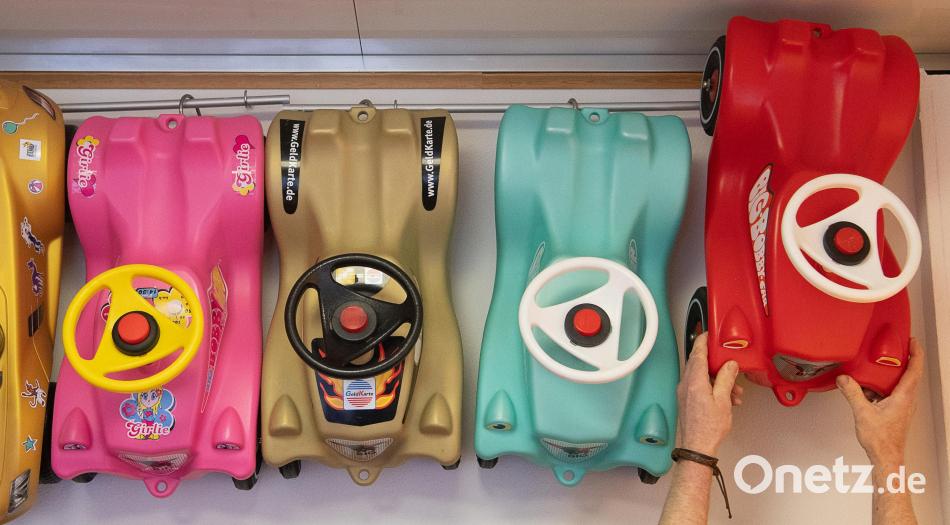 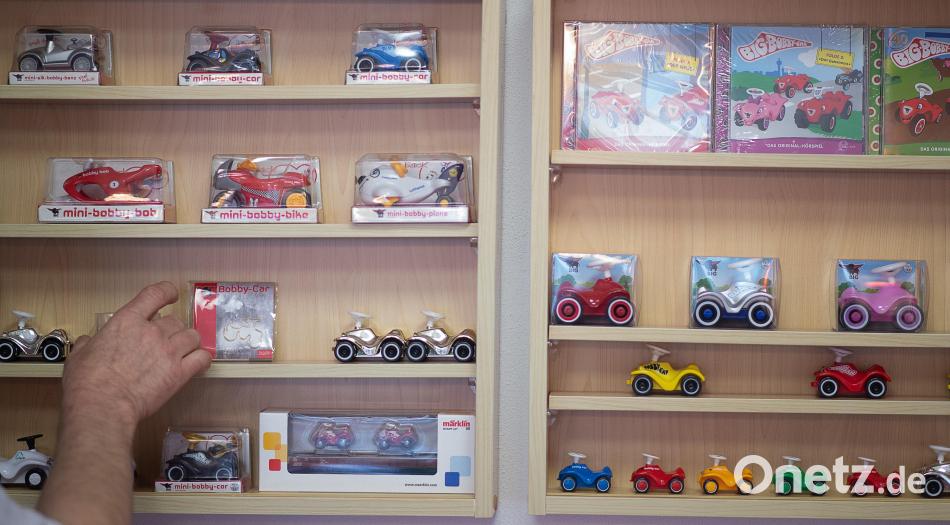 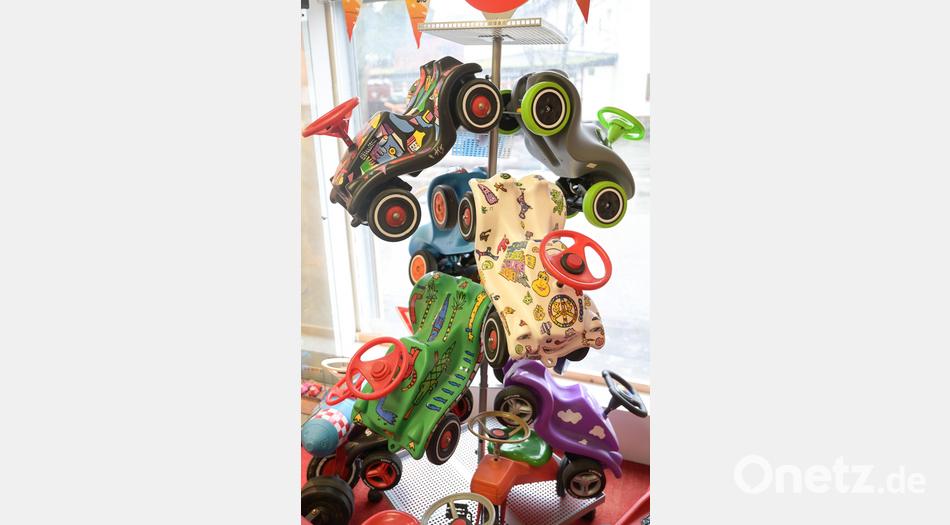 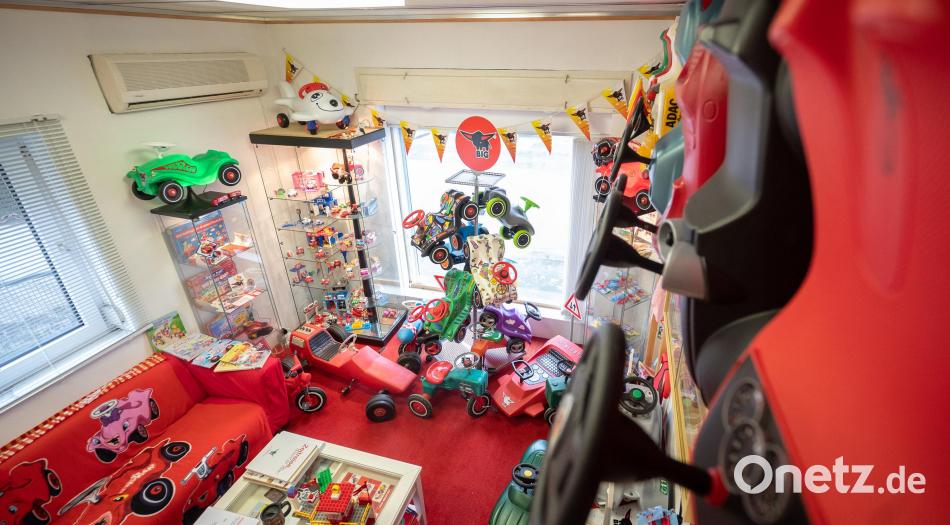 It’s red, clearly audible from afar and extremely robust: the bobby car is familiar to just about every child. The little slide cars are also cult among adults, because many of them have already rolled through the neighborhood on them themselves. 50 years ago, the bobby car was presented for the first time at the nuremberg toy fair. since then it has conquered garages, children’s rooms and many a race track.

More than 20 million bobby cars have rolled off the production line at the manufacturer big so far. About 2000 bobby cars are produced every day at the plant in burghaslach, directly on highway 3 between nuremberg and wurzburg – and it’s not just the bright red classic that’s in production anymore. There have been more than 100 different models to date, some of them limited editions: in numerous colors, as fire department or police editions, or designed by renowned artists or designers such as James Rizzi and Philippe Starck.

Bobby-car as a competitor to running wheels

When the bobby car came onto the market 50 years ago, the only thing available to young children was the tricycle. Today, it competes with miniature running wheels, three-wheeled scooters and all kinds of ride-on cars. Nevertheless, according to the manufacturer, demand for the bobby car is unbroken. "It is the typical gift for birth or at the latest for the 1st birthday. Birthday", explains big managing director thomas rottenbacher. "We also benefit from the fact that the generations that grew up with the bobby car are now parents themselves, or in some cases grandparents."

But at the beginning, it didn’t look like a success story: the bobby car was ridiculed because of its functional shape with the ergonomic seat. But that soon changed. Today, according to industry expert ulrich texter, the red runabout with steering wheel and horn is a design classic, just like the lego brick. "It is an iconic design that is not based on any vehicle. But everyone can immediately see what it’s for."

Unlike other children’s vehicles, which are only interesting during a certain period of time, the bobby car is basically ageless, says texter, editor-in-chief of the trade magazine "planet toys". "You can still be rattling around on it when you’re 10 years old, he has observed with his children: "they kneel on it so that they get the right speed." and even adults can still have a lot of fun with the bobby car, as can be seen not only in various videos on tiktok.

Holger spath, 51, a butcher by trade, for example: he’s a huge fan. The Hessian has not only been racing bobby cars for a long time, but also collects everything to do with the legendary plastic car. He has gathered more than 300 exhibits in his own bobby car museum in braunfels – just under 70 kilometers northeast of frankfurt – ranging from the original from 1972 to the hand-signed special model.

He became passionate about collecting and racing in 2008, when his daughter was given a bobby car for her birth. "It’s probably the child in the man, he says. At that time, he raced his daughter’s car just for fun – and immediately broke it, even though it was actually quite durable. So he had to buy a new one. "That’s when I started collecting in principle."

Later, together with other fans, spath founded the bobby car sports association, which organizes the official championships. Besides its treasures in the museum, it also owns several racing sleds tuned according to the rules, with special ball bearings and pneumatic tires. Normally – that is, before corona – he drives down steep slopes at breakneck speed several times a year in the adventurous races, reaching speeds of more than 100 kilometers per hour.

Braking and accelerating with your feet

"When you sit on it yourself, it doesn’t seem that fast", he tells. That may also be due to the helmet and the protective clothing. He doesn’t need to train especially for the races. What you really have to practice, however, is braking, he stresses. Because in a bobby car, you don’t just push with your feet, you also use them to brake. So for the races, spath sticks car tires under his shoes. "Once you’ve braked at 120, there are no more shoes to wear."

Yes, the shoes, they are a topic with the bobby car anyway. To the annoyance of some parents, the soles and toes of the shoes are already heavily worn during normal driving. The manufacturer therefore offers for some time special shoe protectors. And there’s also relief for the nerves of noise-sensitive neighbors: whisper tires now dampen the rumbling noises typical of the bobby car.