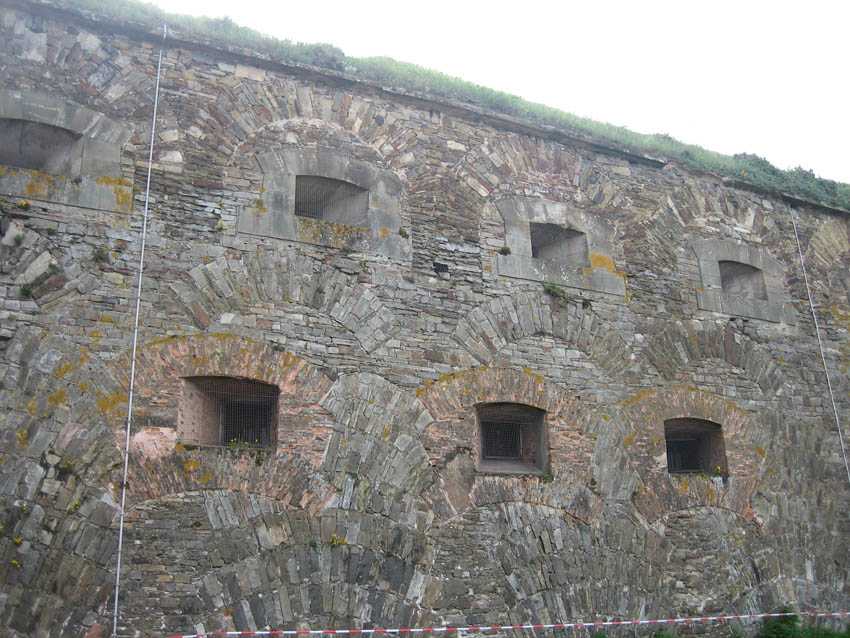 Fortress facade (Ehrenbreitstein): One must imagine large parts of the Rastatt fortress as being similar.

Rastatt Fortress does not have a very good reputation with friends of democracy. This was the last retreat of the revolutionary army of Baden in 1849, the dream of the first German democracy ended here after 23 days of siege in the Prussian Kartätschenhagel.

A bitter time began for the defeated in the casemates of the conquered fortress. I went there to look at the remains. Unfortunately, there are only very few relics of this early all-German fortress left. Too bad.

The French were ultimately to blame for the fact that the small town of Rastatt with its 6000 inhabitants was squeezed into a wall belt and became a federal fortress. For years Prussia and Austria had been unable to agree which southwest German cities the German Confederation should now fortify.

Austria was more in favour of Ulm, which was closer to him, the southern German states and Prussia, whose Rhine province reached as far as the Moselle, preferred Rastatt.

Only in view of the French appetite for the entire left bank of the Rhine (Rhine crisis), which was openly shown in 1841, did the unequal partners agree on a compromise to make both Rastatt and Ulm federal fortresses.

The fear of the French, who had easily defeated the German and Austrian armies three and a half decades earlier, brought the unequal partners together again. 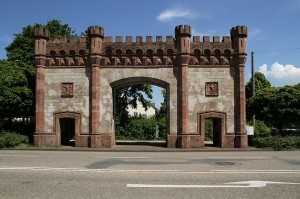 It was planned that in the war 2/3 of the occupation should be provided by the Grand Duchy of Baden, 1/3 by Austria. Up to 30,000 soldiers should be able to take up the fortress. The basic military idea was to stop a French attack by the siege of Rastatt until the federal troops had gathered and could strike back.

The fortress consisted of three connected forts, the Leopold, Ludwig and Friedrich fortresses. In between there were 47 smaller fortresses. Below them were extensive casemates, in front of which were the mighty moats.

Work began in 1842 and was largely completed by the revolution of 1848. The Historische Verein Rastatt writes: “At the beginning of 1848 the ramparts were ready for defence with 922 casemates, the six metre high fortress wall counted 649 types of cannon and 7680 types of rifle. 92 powder magazines and 144 other special casemates were available.”

The southwest made a name for itself after the end of the Paulskirchen parliament. After democracy and constitution had failed in the whole of Germany, the revolutionaries, at least in Saxony, the Palatinate, Württemberg and Baden, tried to implement the idea of the republic (Reichsverfassungskampagne).

They had strong support among the population, especially in Baden, and the Baden troops also became part of the revolutionary army.

In May, the garrison of Rastatt Fortress also mutinied. Grand Duke Leopold fled to Koblenz three days later. Under the moderate liberal Lorenz Brentano, a provisional government was formed in June, which immediately came into conflict with the more determined revolutionaries around Gustav Struve. The Prussians reacted with the invasion of Baden by their troops in Württemberg.

In the first battles the revolutionary army can assert itself. The professional officer Gustav Tiedemann became commander of the fortress Rastatt during this time, but the revolutionaries of Baden could not hold their ground against the Prussians for a long time. Some of the troops flee to Switzerland, others retreat to Rastatt and are locked up here.

The siege that followed lasted three weeks. The Prussians under the Carthage prince, later Emperor Wilhelm I, heated cannonballs and shot the city on fire with them. On 23 July 1849 the fortress capitulated. Tiedemann would have rather blown it up. 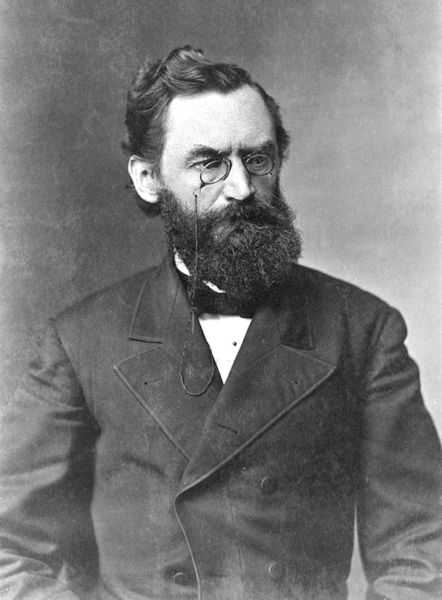 Carl Schurz escaped from Rastatt Fortress and made a career in US exile (Photo: Library of Congress)

After the annexation of Alsace-Lorraine, the strategic importance of the fortress was lost and it was abandoned in 1890. Good news for the restorers, who urgently needed space and building materials in the industrial age. In 1919, the Treaty of Versailles stipulated that the last remains of the fortress had to be demolished.

Since 1899, a monument erected by Social Democrats in Rastatt commemorates the freedom fighters who were shot. Quote from the inscription:

“To the victims of ignorance and arbitrariness. The fighters for freedom and justice. To the dead the living.”

Left: Rastatt Fortress near Wiki. Detailed information including historical photos can be found on the pages of the Historischer Verein Rastatt.

Here is an 11-minute overview of the revolutionary year 1848 from the TV series “Die Deutschen”: