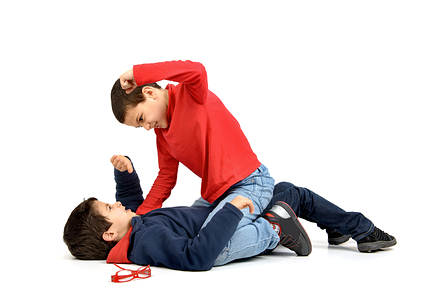 Children and adolescents are increasingly suffering from a disturbance in social behavior. They behave aggressively, dissocially and oppositionally. Of course, not every child is socially disturbed just because he has a few aggressions. In development, boundaries are explored, it is explored how far it can go and what degree of influence can be exerted. However, this behavior should not be expressed in an exaggerated manner and should become less and less over time. However, this is not always the case.

Signs of social disturbance can include aggressive behavior against humans and animals, cheating, theft and the deliberate destruction of one’s own or someone else’s property.

Social behavior – how we treat each other

Our social behavior is nothing more than the way we deal with each other. If we take our surroundings into account, can we easily fit into a society and do we feel comfortable with it? These are the most fundamental factors for good, social coexistence. But even a little selfishness is perfectly fine and within the framework. It just mustn’t lead to narcissism.

Good social behavior has been defended by someone who helps people who really need help, people who cannot defend themselves. Simply a person who treats his surroundings respectfully and kindly. Of course, it’s not about always behaving perfectly at all times. Those who act responsibly and who are considerate of their fellow human beings and not only see themselves and their own advantages, are already showing a good degree of social behavior.

How can parents tell their children if they are developing in an anti-social direction? And how can you steer against it? The first signs such as excessive selfishness or a disrespectful and ruthless approach have already been mentioned.

Other factors that can indicate a disturbance in social behavior are: truancy, outbursts of anger, arguing and bullying other people. Symptoms such as anorexia, sleep disorders and contact problems can also point in this direction – after all, they are the result of disorders in cooperation.

Anti-social behavior such as violence and ruthless treatment of one another cannot be tolerated. It is important here, that the child realizes that, conversely, it does not want something like this to happen to them. And it would be nice if they apologized to their classmate and friend and made up for the damage. 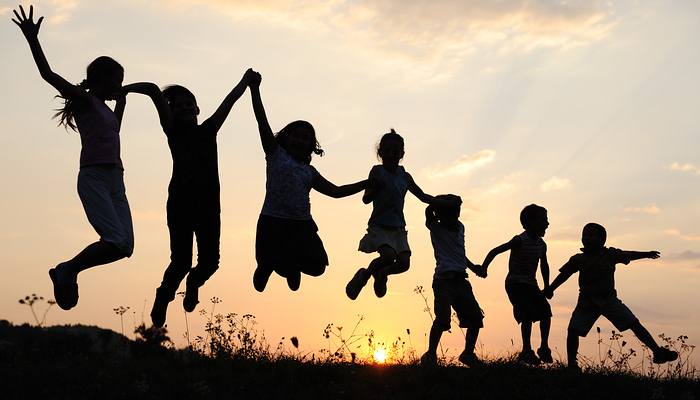 Learning together with others | ©: Jasmin Merdan – Fotolia

Puberty and the fear of embarrassing yourself

Especially during puberty, teenagers like to test their limits and see how far they can go with adults (and also with peers). It is a perfectly normal and healthy process. However, as everyone knows, it brings with it its difficulties. There are also some changes with regard to social behavior. Suddenly, for example, the opposite sex becomes interesting, and not just as a partner.

This situation holds a lot of development potential, but also a high risk. It suddenly becomes more important what others think of you and the fear of embarrassing yourself increases. Unfortunately, those who often embarrass themselves in this delicate process may start to exclude themselves. A pure self-protection. This leads to a delimitation of the environment and can ultimately also lead to a social disorder. The fear of embarrassing yourself can then be masked by excessive coolness, or at the other extreme the adolescent withdraws and avoids contact.

It used to be called insulting and annoying, today we call it bullying. But no matter what we call it, it’s a dangerous behavior that shouldn’t be underestimated. What happens when a child is bullied? Either it listens away and excludes itself, which can lead to isolation. -Or it counters eloquently and the thing is done, this is by far the best way – but rather rare.

The third possibility can be aggressive behavior. In this case, it could happen that the child learns aggression and violence as an adequate solution to that problem consider. Both the isolation and the aggressive path can be problematic. Especially if something like this happens more often, there is an acute risk of social disturbance. For this reason, bullying must be taken much more seriously, especially in schools, but also by parents. It’s not about a few stupid sayings, but rather about the essence of bullying. If children are not with a few (verbal) attacks bypass then something went wrong in the upbringing. If a child has learned and has been prepared not to get upset about stupid sayings, then they can deal with it without any major problems. But what is the reason when children cannot cope with bullying or start to differentiate themselves through other influences?

But even the one who bullies obviously has a social problem. He tries to hide his own weaknesses by leaving out his anger, his own insecurities, his "inferiority feeling" on the other. The other should suffer just as much as himself. Not only the bullied is a victim, actually the one who bullies. Because this actually has a disturbed relationship for healthy coexistence.

There is always a reason

The causes of such behavior can lie in a wide variety of difficulties. Not infrequently also in the combination of several. There is a clear separation between the sexes. In boys, the cause is rather outside the parental home, the reference group plays a large role. For girls, it’s more about the family and how they interact with each other. Of course, as is so often the case in psychology, the following also applies: the exception confirms the rule. Drug use or an aggressive reference group can also be reasons.

In principle, the reference group or a predisposition in the form of properties such as temperament can play a role, but mostly only a subordinate one. In most cases, upbringing is the decisive factor.

If a child receives too little attention, no social support and help with psychological problems, then an anti-social attitude is almost inevitable. If the parents are disinterested, do not have time or are constantly under stress, the risk is very high. It becomes particularly dangerous when parents suffer from mental illnesses such as depression or the like. And even if the parents use drugs or are violent towards their children, the path to a social disorder is almost inevitable. In these cases, the parents are not a good role model for their child, but the child nevertheless takes this behavior as a yardstick. Violence within the family is particularly dangerous. Research suggests that 25-40% of violent parents transfer this behavior to their children. Almost 30% of the children surveyed, in turn, said they had been beaten or even mistreated in a survey. Numbers that make you think.

In summary, it can be said that education is the main influencing factor for the development of social behavior. Of course, other influences also come into play, for example from friends and other people in the immediate vicinity. However, they don’t have nearly as much of an impact as education. If a child always gets support, gets enough attention and has a harmonious environment at home, then social disorder is very unlikely. Of course, these factors are not always easy to guarantee, so parents should always be aware of their great responsibility.

Social behavior can be practiced especially in the community. We notice that in every youth group on every holiday camp, how difficult it is for one or the other. Selfish people, loners, spoiled children, aggressive children are to be found there, but also children who are well involved in the community, can approach each other, help and support each other.

Consideration, teamwork, learning to make contacts, working and what I know many other positive qualities can be learned here. Social behavior, contact and team skills can only be learned and practiced if you go into the community. This is why youth work in clubs is so important for children’s development and a good addition to parenting.

More messages and articles for youth leaders in youth work too.