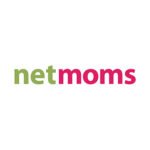 Ökotest evaluated nine children’s bike models in practical tests for their fitness to drive, safety and handling. The handlebar grips, the seat and the Impact protection was also checked for harmful ingredients. Result: Most children’s bicycles were rated only with the marks "sufficient" or "poor".

At Ökotest, every children’s bike had to demonstrate its suitability for everyday use in various driving and crash tests. The testers particularly criticized the brakes, which are not very suitable for children. In many test models, they were set too much and blocked the front wheel. This could easily bring a child down in an emergency. In addition, two thirds of children’s bicycles found that the impact protection on the handlebar grip was unusable after the drop test.

For each children’s bike, Ökotest checked whether the manufacturers have complied with the pollutant limit values. It turned out that all producers used plasticizers, so-called phthalates, to make the handlebar grips more flexible, for example. Phthalates can have a negative impact on a child’s hormone system and damage the liver and kidneys. In addition, questionable amounts of polycyclic aromatic hydrocarbons (PAHs) and organotin compounds were detected. Therefore, all nine children’s bicycles in the pollutants category only got an “insufficient” and fell through the test in this area.

Ecotest: This children’s bike has won 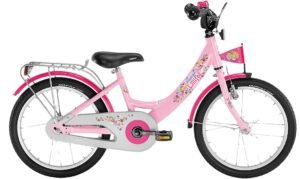 According to the results of Ökotest was the children’s bike Puky ZL 18 Alu Advertisement in 2010 test winner. It was not only convincing in the practical test with the grade "very good (1.1)". Less pollutants were also found in the handlebars and saddles than in the other children’s bicycles. The places two and three received the grade "sufficient". The two 16-inch children’s bicycles Hercules Manga Girl and Pegasus Leo were criticized for their insufficient stability and high levels of pollutants. But they were able to score with their child-friendly brakes and their easy-to-understand user information.

Ecotest: This children’s bike has lost

Ökotest rated the 16 inch Falter children’s bike the worst. With a grade of "insufficient", the model failed both in the everyday test and in the pollutant test. The children’s bike failed on the roller dynamometer because the tires did not hold up and they therefore represented a safety hazard. Ökotest was also able to demonstrate that the manufacturer used more than the legally permitted amount of organophosphorus compounds and PAHs.

In the test procedure, however, other impellers also performed poorly because of their defects. The luggage rack on Böttcher’s 16-inch children’s bike broke after it was loaded with the weight of a small child. The 18-inch MINI VIPER children’s bike was criticized for both the unstable luggage rack and the brakes that were set too high. They also received this children’s bicycles an "insufficient" in the field of pollutants, since toxic ingredients have been proven.

Our NetMoms product tips are based on our experience, opinions and ratings from our users and test institutions. You are free from any influence by advertisers or affiliate partners. If you about If you order something from one of the links, we get a small commission for the recommendation. Important: Of course, you therefore no longer have to pay.