When will the next volcano erupt here? It’s boring. You wait millions of years, nothing happens, not even a tiny mini volcano. And I’m hungry like crazy. For a long time nothing had between the fangs. I only consist of bones. Where they are because only the whole herbivores? A small meat insert would be very nice again. Or at least something sweet to snack on. When I love to eat chocolate! 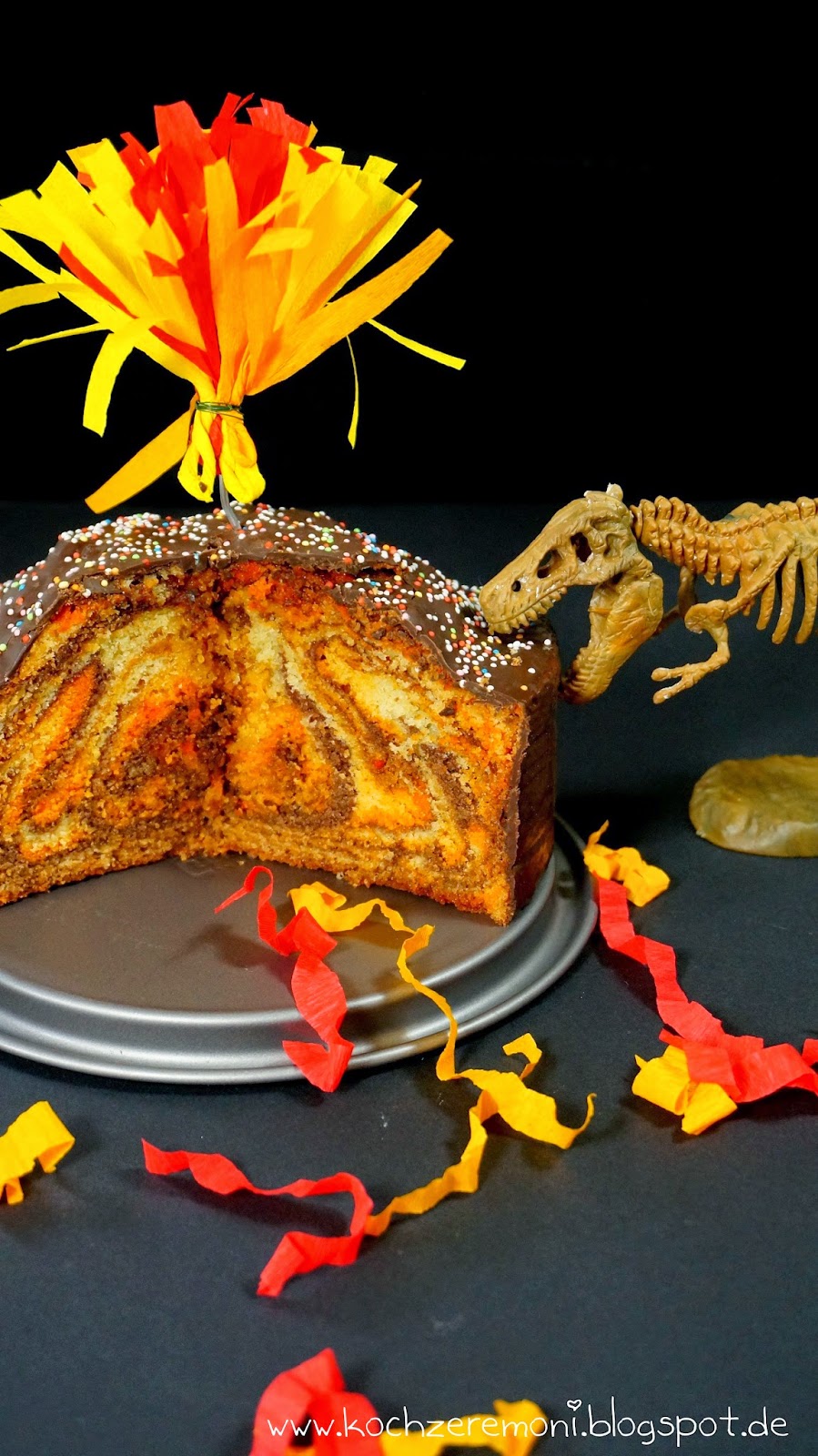 Naaam naaam naaaaaam, it’s incredibly easy. Exactly right, so to speak, for my age-old dinosaurs. I have to eat a portion of it. Who knows when there is something to chew again. Now I have stuffed my dinosaur stomach properly. A little nap would be nice.

Well, who’s coming around the corner? My dessert! A herbivore.
And now I’m already so full. 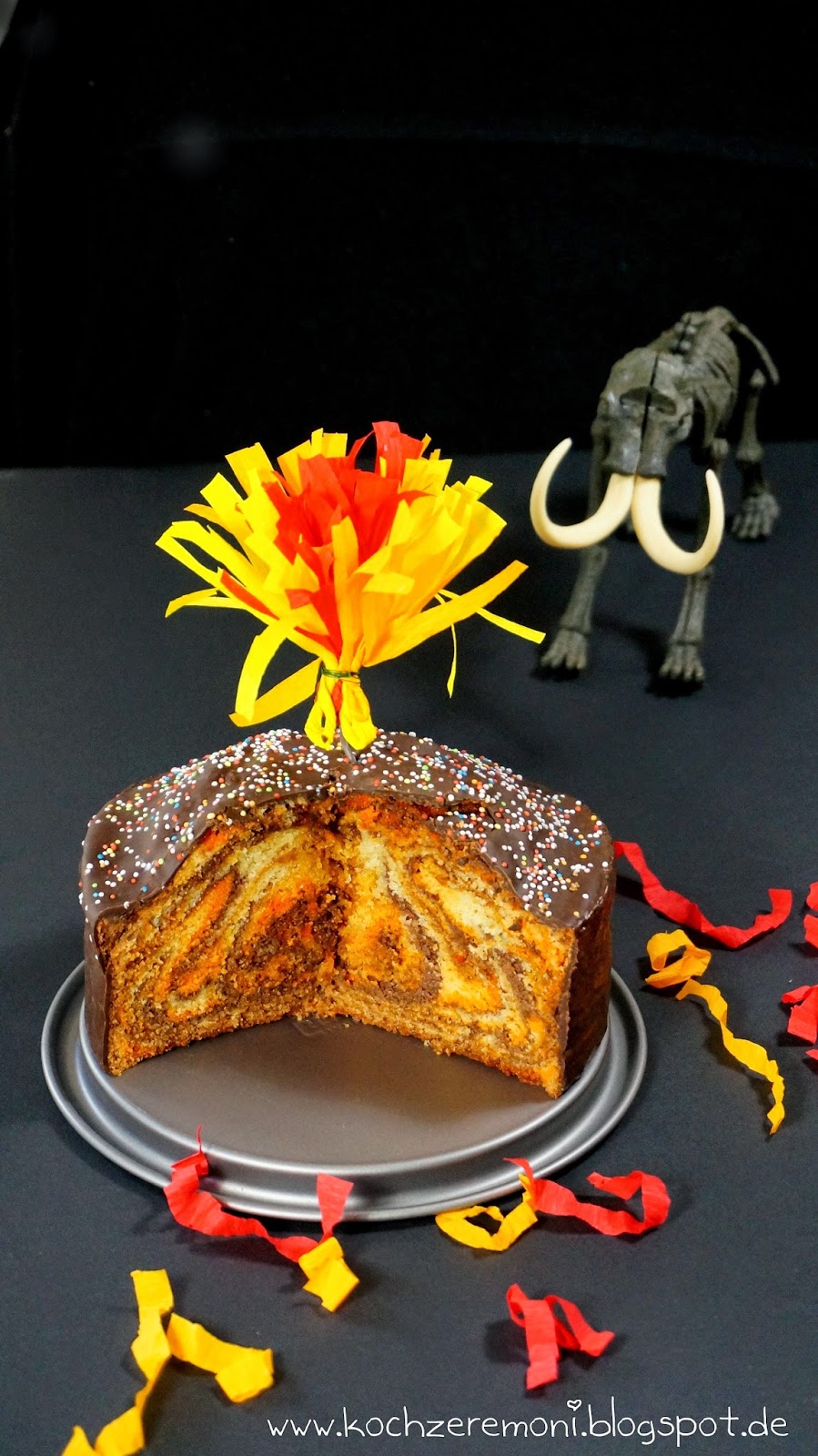 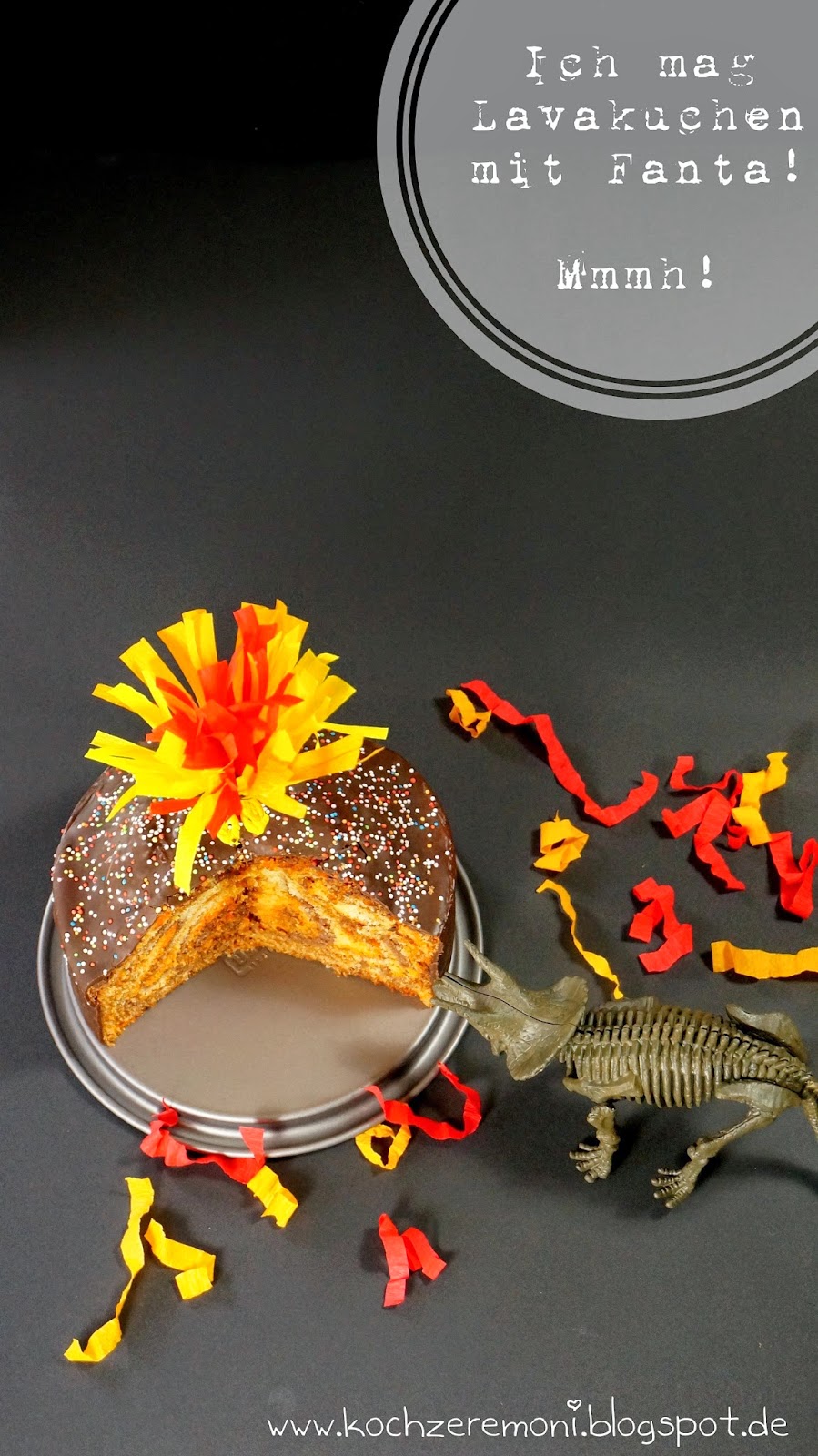 for one large or two small springform tins

Preparation:
The eggs with the Whisk the mixer. Let the sugar and vanilla sugar pour in and stir until frothy. Then add the soft margarine, mix the flour with baking powder and stir in gradually. Pour in the sour cream and the Fanta and stir in briefly.

Then pour the dough into two small greased springforms or one large one sprinkled with flour. Here I proceeded so that I always put 1-2 tablespoons of the dough in the middle and again and again on top of the different colored doughs in the middle until the dough is empty. Now pull a large fork spirally through the dough here and there, but not as often, otherwise you won’t see the pattern anymore.

In the meantime, slowly heat the glaze in a saucepan and let it cool down again. Then slowly heat it up again and brush it on the cake. The second heating has the advantage that the glaze shines more afterwards and does not look so dull.

Decorate with nonpareilles before cooling and place the lava fountain in the middle of the cake. 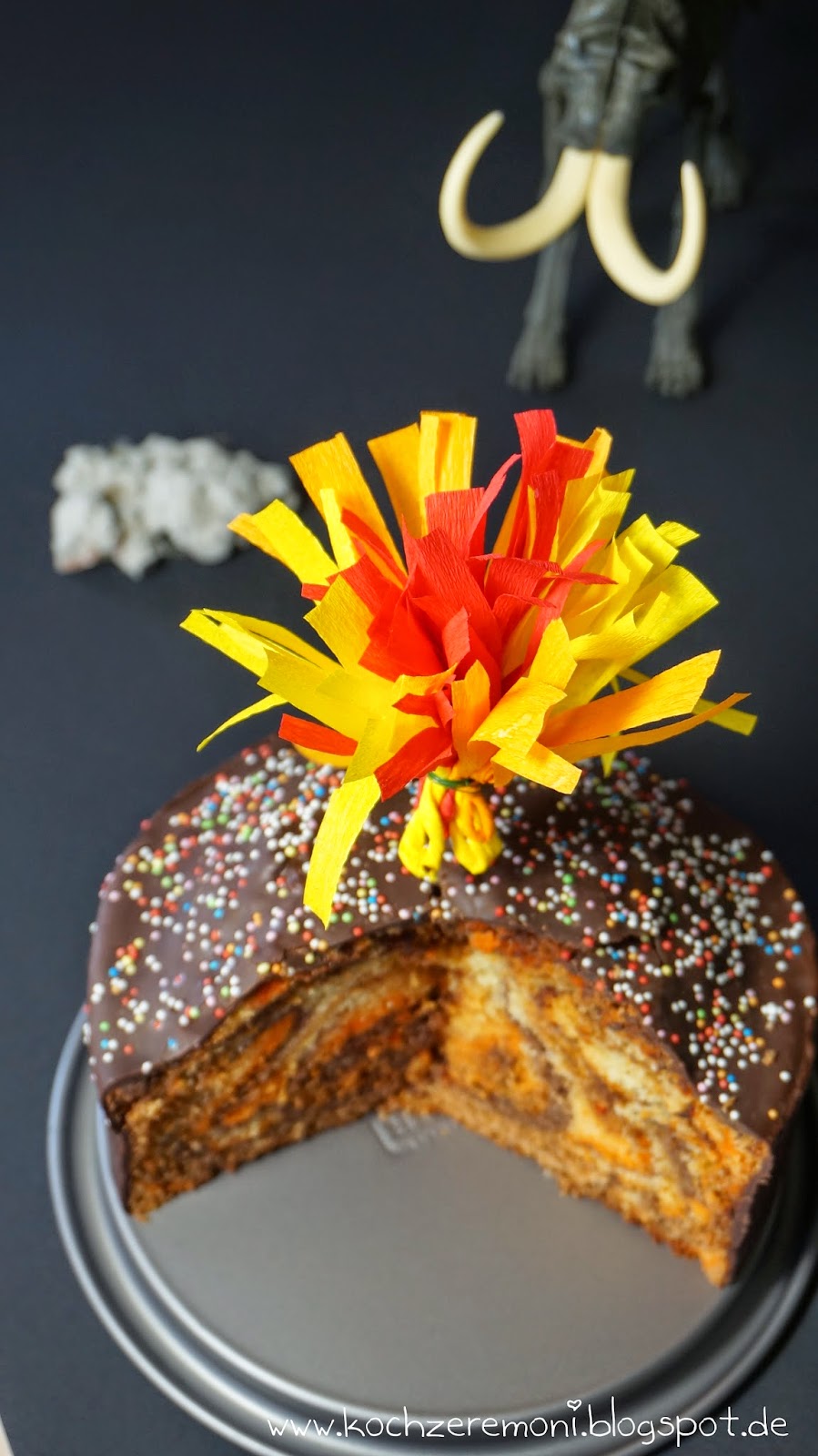 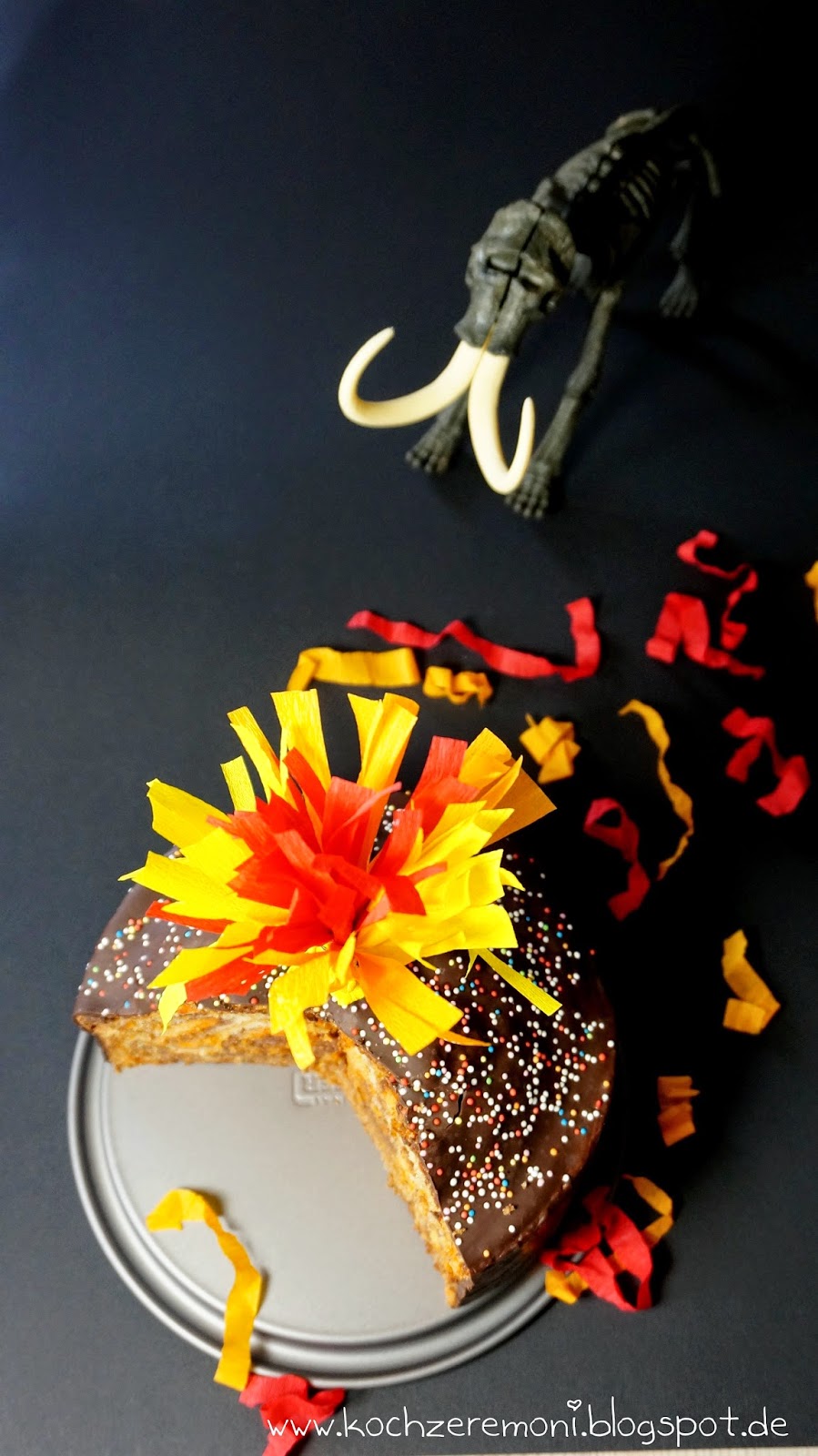 This small volcanic cake has made mini-gourmets ‘and their friends’ hearts beat faster. Disguised as a volcano, the cake tastes twice as good. And sometimes it doesn’t take much work. By the way: The lava fountain is made of crepe paper very quickly.