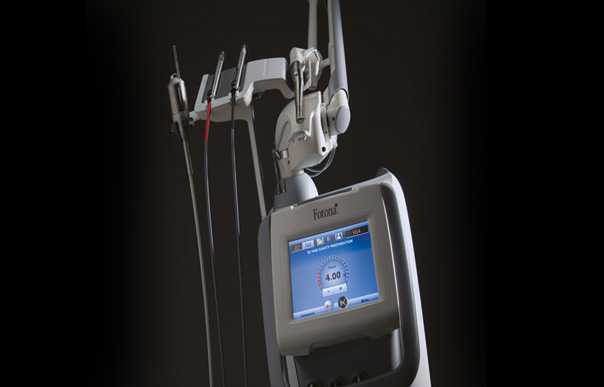 Our dentists have been trained by Prof. Jovanowić from the Laser And Healt Academy (LAHA) in all treatment procedures that we can perform using the newly acquired equipment. Some of our doctors also received the certificate, which allows them to train other doctors in the selected treatment procedures. The AT class laser platform actually consists of two different lasers (Er: YAG and Nd: YAG) in one housing with unique Fotona solutions, e.g. the variable square pulse QSP, VSP, which allows precise energy selection and control. In the previous article we mentioned general applications of our laser platform in modern dentistry. The Laser LightWalkers change the quality of work in dental practice thanks to application of two best lengths of waves Er: YAG and Nd: YAG. It is known that different dental procedures require the application of different laser wavelengths. The laser wavelength plays an essential role because certain tissues of the organism interact in different ways depending on the source of radiation. Thanks to the possibility of choosing two complementary wavelengths (in terms of their influence on tissue), the LightWalker laser becomes an almost universal laser. Practically all laser-assisted dental procedures can be performed with the laser Er: YAG, which is characterized by the highest absorption on water, or with the laser Nd: YAG, which is characterized by the lowest tissue penetration. The laser platform are really two different lasers in one housing. Therefore, they are more competitive compared to traditional techniques.

NightLase™ is a fast and invasion-free method to increase the sleep quality of the patient. The NightLase treatment reduces the frequency of respiratory arrest and snoring amplitude thanks to the use of laser radiation Er: YAG with a delicate, superficial effect. The NightLase treatment does not require anesthesia. During the NightLase treatment, the laser light heats the tissue, triggering collagen contraction, resulting in tissue stiffening. As a result, this has an effect on reducing the vibration of the soft tissues of the palate with the uvula and reducing the frequency of respiratory arrests. Full treatment procedure consists of three separate treatment measures carried out in 6 weeks. Individual treatment consists of the initial phase and the final phase. The treatment results were evaluated on the basis of patient surveys and polysomnographic examinations (University Hospital Golnick). Improvement was observed in all patients treated after the first treatment. 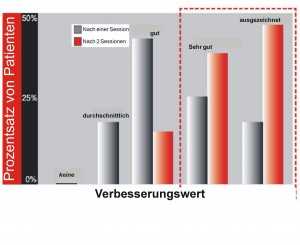 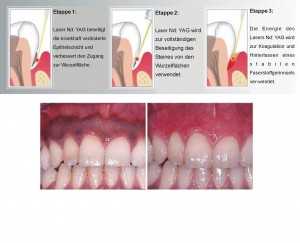 laser processing of the tooth for filling (filling)

The laser is also used for caries treatment, i.e. for the insertion of dental fillings, commonly called fillings. First of all, if we care a lot about it, we can avoid drilling at all, although we usually penetrate through the enamel with a drill. Secondly, the laser Er: YAG laser very precisely removes the diseased tissue without causing thermal consequences (when turning, the drill generates large amounts of heat through friction, other lasers can overheat the tooth, too, considering that only our laser has the possibility of setting the pulse length shorter than the time of thermal relaxation of the tissue). Moreover, the treatment of the tooth with the AT laser platform does not produce any unpleasant vibration, which often stops the patient from visiting the dentist. Thanks to the laser treatment of the tooth, i.e. caries removal and preparation of the tooth for filling, the use of the so-called etching agent, i.e. a very aggressive phosphoric acid, which can result in so-called postoperative sensitivity, is not necessary either, and at the same time the endurance of the filling will be greater thanks to the microporous surface left behind by the laser. During the dental procedure, the laser also limits the development of so-called secondary caries, i.e. repeated formation of bacteria in the previously treated area. Also very often there is no need to use anesthesia for treatment, which saves the patient stress and numbness associated with the administration of anesthetic, which many people, especially children, do not like. The Laser LightWalker is an ideal tool that proves to be excellent during treatment with the youngest patients. Even now, the dentist will no longer associate himself with pain and unpleasant drill noise. Laser treatment is often a painless procedure that is more delicate and does not require anesthesia of the small patient before the procedure. That is why the Laser LightWalker is a tool that dentists reach for so that your child is not afraid of visiting the doctor any more, thanks to which the measures are stress-free.

Use of the laser for the preparation of the filling120 zł

laser processing of the tooth for filling (filling)

The hypersensitivity cannot be treated by standard procedures of dentists. It can be caused, among other things, by excessive brushing, exposure of the tooth necks, inadequate hygiene of the oral cavity, incomplete healing of the holes in the tooth necks, frequent consumption of acidic meals and drinks, and tooth whitening with methods using soda and hydrogen peroxide effects. The problem associated with the development of hypersensitivity is always a great discomfort, which cannot be dealt with so easily. Laser treatment is a non-invasive method, which results in the complete elimination of the problem already after the first treatment. The Laser LightWalker treatment method is very fast and brings a long-awaited relief.