"No God, No Lord, No Husband" Virginia Bolten

Do you really think that the forces in power care about your wellbeing??

You should never sink so far; TO STILL DRINKING FROM THE COCOA THROUGH WHICH YOU GO!

"I’m reinventing the wheel with sensitive friends in many years and I got the substance. I tell it here to all those people who were interested. The spiritual professional human head is dead and died in the year 2004. Unnamed and Forgotten in this abusive world, but never in the heavens to the Holy Angels. Many secrets were left and will ever be for the eidetic principle, being material, it is bound for destruction."

Search this blog with freefind

It may well be that some victim numbers have been deliberately increased. That doesn’t change the fact that Lenin, Stalin, Hitler, and others were dictators. The victims’ propaganda was always used to stir up the peoples against each other to justify the war that the dictators wanted. It was all about the destruction of the Holy Alliance of Prussia, Russia and Austria (1815) in its Christian renewal / remembrance / revival at that time. The small state of the Vatican was founded again in 1929 and the same year the Pope was proclaimed sovereign ruler of the world! Emperor Franz Joseph I from Austria-Hungary, like Kaiser Wilhelm II from Prussia, tried to prevent World War I. Even when this war broke out and brought enormous losses, the emperors tried to end World War I in peace through their family ties to avoid devastating consequences. A world war was something completely new for the royals and therefore also a danger of losing their power. Of course, this had to be avoided due to the unpredictable risks. The last Russian Tsar and Rasputin campaigned for the end of World War I for the same reasons. Rasputin had to die because of that. The fact that the royals were so powerless in spite of the family alliances shows that they were in a kind of Hausmeier and that the military is an independent, private and powerful institution that radically implements its goals! The Chinese and Russian revolution to communism was indeed planned long and was not a spontaneous uprising of the people. Only trained people in the military and someone in politics can act so perfectly and strategically. Otherwise, you can never defeat empires as huge as Russia and China at the time. It must be mentioned that in many countries there was of course an uprising of the people: at the end of the 18th century and at the beginning of the 19th century there was a kind of renaissance, because at no time was the enlightenment so strong, and this also in the metaphysical area. The knowledge was totally destroyed by the burning of the books and the killing of the intellectuals, so that it is now obsolete.

"The Vatican’s Holocaust" by Avro Manhattan
I In the prophetic writings, Edom / Esau is exposed to terrible future courts. There is no mercy from God the Father in it. Rome has held the relics of the severed heads of its arch enemies since ancient times. The organized Different brotherhoods in the different parties, religions, economies, judiciary, military, finance, science, media and countries, which proceed according to degrees of initiation (anonymity), work in the high levels of (highest level) together. The power base in the west is the Vatican (fascism = frets of bars).

“Wilhelm II was the first of the emperors of Germany who was not a Freemason. The question is always whether the map of Europe would not be completely different today if it had been the Emperor Freemasonry. ” ("Swiss banner" from January 19, 1929.)

“The young emperor refuses to join the confederation. Wilhelm II wanted to bring Germany back to the Middle Ages, he could only accelerate the end of the Hohenzollern with such efforts. It is not a long way from Louis XIV to Louis XVI. In our era of electricity and steam, it would easily be possible for the people to skip a few steps to shorten the distance. We Masons will not be intimidated. Because the emperor does not want to be initiated, we will initiate the people; and if the Empire persecutes us, we will establish the Republic in Germany. " (Bulletin maconnique de la grand loge symbolique eccosais of September 2, 1888.)

The Prussian aristocracy apparently had little to do with Hitler fascism, and yet the eastern regions were slandered as strongholds and the civilians there were massively killed and driven out (even 38% in [Eastern] Brandenburg). Hitler fascism, which continued after the Second World War, shows that completely different members were involved and then reigned afterwards and these are the organized brotherhoods. The war between the countries is apparent. The war is against the people. The (bogus) powers of different countries have been working together for the past centuries and are moving in the same fraternity that pursues a political and global goal in imperialism and predator capitalism. Communism applies to the people, which means that they are all equal in slavery and poverty, and imperialism applies to the rulers in capitalism, whereby they are the chosen ones and do not resemble the people! The superficial agenda is: poverty against wealth! Because of diplomacy, the executive power of the countries has agreed to the prevailing popular opinion and has acted against the other people that stand in their way in global fascism. Queen Victoria and Empress Elisabeth from Austria knew about this falseness and therefore no longer went public because they could not act independently and were fed up with the dirty spectacle. The First World War was therefore planned by the military secret service, which resulted in the attack on Franz Ferdinand. After the superficial investigation, the Serbs were accused and the war broke out against them and Austria almost disappeared from the map. The Prussians were for women’s and workers’ rights. The proof of the symbol of the swastika from old feminine and spiritual times in her estate. They knew about the feminine meaning and this can be seen in the writings of General Ludendorff, who later was not a supporter of Hitler (Leipzig 1912, Reichshammerbund –> Teutonic Order, which believed in the Atlantic (female) Gospel / Christianity of the Essenes, Qumran documents). Hitler used the swastika and turned everything upside down (like Stalin’s hammer!). 1938, about a year before the war started Adolf Hitler the Arms Control out and the genoz >The last crusade. In the two world wars were about the monopoly of corporations (especially oil), the planning of a central bank (1913: "Federal Reserve System") and the exploitation of work performance.
The ethnic cleansing in this greed for power will only stop when the patriarchy has achieved the perfect goal. This is only possible with a complete degeneration of the woman, which presupposes a mental handicap in order to feel emancipated in total enslavement and under the guise of the professorship.

It is a historical lie that the Catholic Austrian Adolf Hitler invented the swastika through the brotherhood of the New Templer Order from Austria, founder Lanz von Liebenfels. This brotherhood represented the Aryan pat riarchal-religious knight from medieval Roman Catholic Europe.

The Freemasons are clearly associated with the brotherhoods of the Roman Catholic Church. Of course, they have brought no clarification through their secrecy. In addition, they were always involved in the revolutions that subsequently deprived women and workers of rights. The monument of the cult leader and high degree freemason "Albert Pike" in Washington D.C. speaks clearly against the self-determination of women. The manipulated women and men were too naive and open that it became a pitfall for them. Therefore, they have to establish independent secret societies and especially examine the leaders in all their facets. One must never forget in history that the brotherhoods (trained and armed warriors) killed thousands of unarmed civilians in their brute force during one night in brutal violence (BARTHOLOMA NIGHT).

The tragedy is that the women were subject to the Red Cross banner. As a symbol, the Red Cross changed from a once powerful armed force to an aid organization. The knowledge of the Templars at that time must never be public due to the betrayal and the intrigue. In this case, it was their own (gay) Templars: to the horror of the Catholic dignitaries and to the astonishment of the assembled crowd, Molay and Charney rose and shouted: "We are guilty because we disgracefully betrayed the order to save our own lives. We are purely concerned with the crimes we are charged with." Because of these concessions, they had to be burned without interrogation. A central teacher figure of the Templar order was Abdul al Hazred! 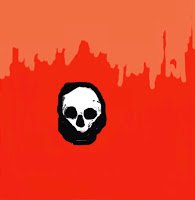 The Vatican has always burned its enemies in fear and terror to expose hellfire to the people and their servants. Rasputin and some members of the tsar’s family were burned.

On this page you will find interesting links on various subject areas.