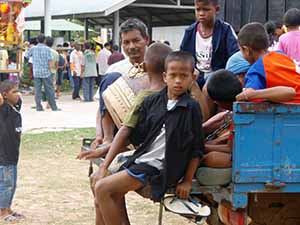 The idea that children have the right to a protected space for as long as possible in order to develop freely and according to their needs is a concept that has only been in existence for a relatively short time and that also comes from Western countries. To this day, the living conditions of children are very different, depending on the culture in which they live, but above all also on the economic situation in their home country or that of their parents.

A basic concept that has always been decisive for the life of children and their conditions is the idea that children represent wealth because they can contribute to the maintenance of the family as quickly as possible and later, as adults, to the survival of their then old parents. With the advent of old age and health care in the industrialized countries, the number of children per family continued to decline, so that the existence of children in a family no longer has any significant economic reasons. In many other regions of the world, especially in Africa or parts of Asia, however, the situation of children continues to be an economic factor in family planning, and one cannot speak of a "childhood" in many parts of the world in the western world Children live. Belonging to a religion is also a defining factor in the life that many children, especially girls, have to live. There are countries where life security is guaranteed in any case, other countries where there is a high level of violence, which also has a significant impact on children’s lives. Decisive for the lives of children all over the world is the opportunity to get a proper education, which is guaranteed everywhere in Europe and in the USA. There are huge differences in the Asian and South American countries.

In western European countries, children largely have what many understand by a real “child’s life”. Almost all of them have their own children’s room, lots of toys or even complete IT equipment, they can go to school and the parents try to provide them with enough education for a secure future. Such a secure living situation is particularly pronounced in Western European countries. This way, children in Denmark can sleep comfortably and prepare for the day ahead. They are encouraged according to their age and can pursue activities that match their talents. They have a lot of time to play and meet with their friends. But even in these countries, due to the wide gap between rich and poor, there is a big difference in the specific situation of every child. Children with a single parent are also at greater risk of living in difficult conditions.

Even in Eastern Europe, which has only recently become part of the EU, living conditions for children are far from easy. Access to good level education and the internet are not essential given and parents’ income levels are still very low in some cases.

In the United States, children live very differently depending on the ethnic group they belong to. In any case, everyone goes to school and the school system tries to meet the needs of each child. The “American way of life” often determines other things, such as the way to school. Children in the United States are less likely to walk to school because the car has become the most common form of transportation. There are school buses in many areas that collect each child individually from home. As in all other highly industrialized countries, most children have access to new technologies such as the Internet and the toys and games derived from them. 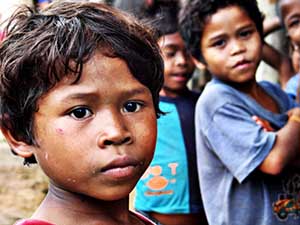 The situation of children in less developed countries is much more precarious. In Asia, As in Bangladesh, Pakistan or India, for example, many children aged ten and over have to work in the textile industry because their labor is cheaper and they can thus help to support their families. This means that they have a short time to go to school and cannot do much more than learn to write, read and do arithmetic. This prevents children in these countries from having a better life than their parents. The situation is not very different in South America either. In many countries on this continent, a considerable number of children have to do their jobs by supporting the family from a very young age. Over ten percent of children are affected. Although the general level of education in these countries is constantly improving, many children, especially in remote regions and in the poor areas of the big cities, still have little or no access to the education system. The phenomenon of street children is particularly widespread here. These are children who have been abandoned by their families or who have left them due to domestic violence. This problem is also widespread in Russia. Many of these children join together as replacement families to master the challenges of life together.