If it is itchy on the butt, it is not necessarily due to a lack of cleanliness. Maybe is this damp toilet paper is to blame. Self "sensitive" Products can trigger allergies, according to the magazine "Eco test". 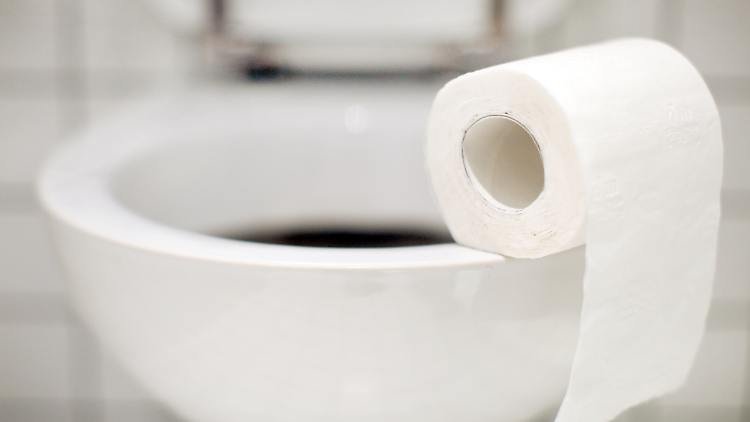 If you want to wipe with a damp cloth, you better take a washcloth.

In southern countries, the bidet is part of the standard equipment in the bathroom, in Asia and the Arab region a water hose usually hangs next to the toilet. In Germany, you traditionally wipe with dry toilet paper, every German on average flushes down around 15 kilos a year in the toilet. In many bathrooms you can now find not only toilet rolls, but also a plastic box with damp towels. The damp wiping should be hygienic. Above all, it is unhealthy, the magazine complains "Eco test", for their latest issue 15 wet Sent toilet paper to the laboratory.

All of them contained – at least in small quantities – substances that could trigger allergies. This is despite the fact that all of the products tested by the manufacturers "sensitive" sold. Two of the test candidates were noticed negatively by the fact that they were perfumed. This shouldn’t be the case with products for sensitive skin. The fragrances used are not considered to be allergy-causing, but nevertheless persist "Eco test" use in sensitive paper for "more than questionable".

On the other hand, moist toilet paper does not work without preservatives, because the wipes soaked in lotion would otherwise provide an ideal breeding ground for bacteria. Against some preservatives, the skin may develop sensitization. This then manifests itself, for example, in itching or skin irritation. After all: With the 15 test candidates, no questionable preservatives were found in the laboratory.

Five of the papers tested failed because they detected formaldehyde or formaldehyde releasers. These compounds are considered carcinogenic. They are rarely used in cosmetics because they can also irritate the skin. They probably get into toilet paper unintentionally during production. Compared to the last test five years ago, the problem is no longer that big, at that time almost two thirds of the test field was devalued. This time there was "Insufficient" among other things for the papers of the Rossmann brand Alouette or the private label Tip or Gut & Cheap.

That none of the other test candidates is better than "satisfying" cut off is due to another laboratory finding: All papers contained so-called halogen-organic compounds. Several thousand substances belong to this group, they have in common that they contain the molecules chlorine, bromine or iodine. The use of organic halogen compounds is problematic: if they get into the tissue, they can accumulate there and possibly cause nerve damage, some substances are also suspected of causing cancer. In addition, many of them have considerable allergy potential.

Better not throw it in the toilet

Who despite the "Eco test"-Recommendation does not want to do without wet wipes altogether, you should at least ensure correct disposal. Since the cloths decompose worse than normal toilet paper, according to the manufacturer’s instructions, usually no more than three sheets should be washed down at a time. Otherwise constipation could occur. But even in sewage treatment plants, the wipes that are difficult to dissolve can cause problems, for example by clogging pumps. The best thing is that the wet wipes do not end up in the toilet, but in the household waste.