Influence of birth sequence on parent-child relationship and personality 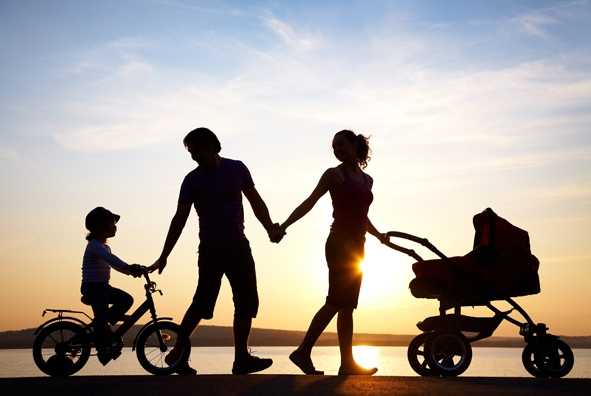 Children with older siblings often have a less close relationship with their parents. They are also more emotionally unstable and fearful.

This is the result of an analysis by the Research Center for Demographic Change (FZDW) at the Frankfurt University of Applied Sciences (Frankfurt UAS). The researchers evaluated the data they collected in a longitudinal study. The question of whether and to what extent the position in the sequence of births influences the personality of the child and its relationship to the parents has been an issue in psychology for almost 100 years. The assumptions are different: Sometimes they are single children and baby nestlings whose personality development allegedly suffers from the fact that they were pampered as children. Sometimes it is the so-called sandwich children who are predicted a problematic development, because they supposedly did not receive enough attention from their parents. There is also the thesis that firstborns tend to be more conservative and secondborns more rebellious. However, the current state of research assumes that the sequence of births has no noticeable influence on personality. The team at the Research Centre has now been able to refute this in part through its analysis.

“We wanted to take a closer look at the topic, because we have an ideal database for this,” explains the director of the FZDW and head of the study, Prof. Dr. Andreas Klocke, referring to the longitudinal study “Health Behaviour and Accidents in School Age” (GUS), one of the largest child and youth studies in Germany, which is sponsored by the German Social Accident Insurance (DGUV). The Frankfurt scientists survey about ten thousand pupils at about 150 secondary schools in 14 federal states every year. In each survey wave, participants should also state how many younger and older siblings they have. The researchers focused particularly on the third survey wave in the 2016/17 school year, as the personality traits of seventh-graders were also recorded in this survey cycle.

Initially, the research team was interested in whether the relationship with parents for children with different positions in the sequence of births was different. The parent-child relationship was simply understood as “very good” if the child stated that it was very easy for him to talk about important personal matters with both the mother (or stepmother) and the father (or stepfather). All in all, this applies to a good fifth of schoolchildren (21.9 per cent). However, there are clear differences depending on the position in the sequence of births: this figure is particularly high for single children (24.9 per cent), but also for the older and oldest siblings (24.0 and 23.3 per cent respectively). The opposite is true for children with only one older sibling (20.0 per cent) and with sandwich children (20.3 per cent). The latter only comes as a limited surprise, as sandwich children are more often said to have received too little attention from their parents, which could be detrimental to their relationship with their parents. Much more surprising, on the other hand, is the value for the nestlings: It is the lowest at 18.2 per cent. “This is astonishing, since it is assumed that these children in particular receive the greatest parental attention,” says Stadtmüller. The differences between the constellations with and without older siblings are all statistically significant. It is therefore highly probable that these differences are not random but systematic.

Does the position in the sequence of births also influence the personality of the children? To measure personality traits, the FZDW team used the so-called Big Five inventory in a special version adapted for children and adolescents. The Big Five assume that a person’s personality can be characterized centrally with five characteristics: In addition to extraversion and conscientiousness, these are tolerance, openness to experience and neuroticism. Each of these personality traits was measured by asking the children to assess themselves on the basis of three statements. For example, a schoolchild is considered conscientious when he answers “I am someone who works thoroughly” and “I am someone who performs tasks effectively and efficiently” with “is more likely to be true” or “is completely true”. At the same time, the answer to the statement “I am someone who is rather lazy” must be “does not apply at all” or “does not apply at all”, in order to show a high degree of development in this personality trait.

The results indicate that the position in the sequence of births actually influences the personality, although its influence is limited. In addition, similar to the parent-child relationship, there are comparable differences between the constellations of the birth sequence: Children with older siblings, for example, exhibit the personality trait “tolerance” to a significantly lesser extent than single children or children with one or more younger siblings. This dividing line is also evident in the characteristic trait “openness for experience”: single children and children with at least one younger sibling often have new and original ideas and a lively imagination. The Nesthäkchen once again stand out in particular. In the case of conscientiousness and openness to experience, they account for the smallest shares, while in the case of neuroticism as a personality trait they account for the highest. They therefore become nervous more quickly, are less able to cope with stress and are more worried than children from all other constellations of the birth sequence.