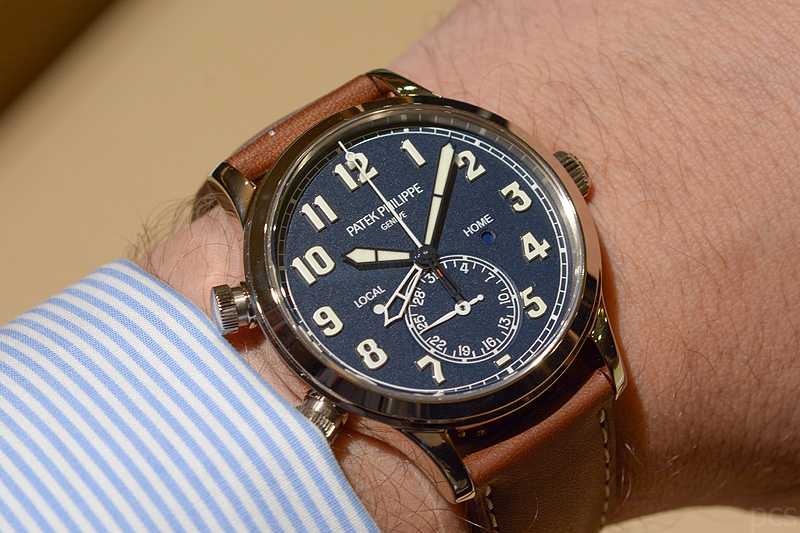 What a day! BASELWORLD’s press day is a tough one every year. This was no different in 2015. An initial overview of the trade fair innovations from Patek Philippe, Rolex and Tudor.

An unusual first day in Basel is slowly coming to an end. Unusual in many ways – and surprising. Because much of what you got to see today you would never have expected so much. But one after the other. Let’s start with the traditional Geneva company Patek Philippe.

When the first pictures of the new 5524G-001 appeared last night, many believed it was an early April fool’s joke. Today is certain, Patek means it seriously. The pilot watch with the time zone technology known from the Aquanaut 5164A really exists. The Calatrava Pilot Travel Time has a 42mm white gold case and will cost 41,260 euros. 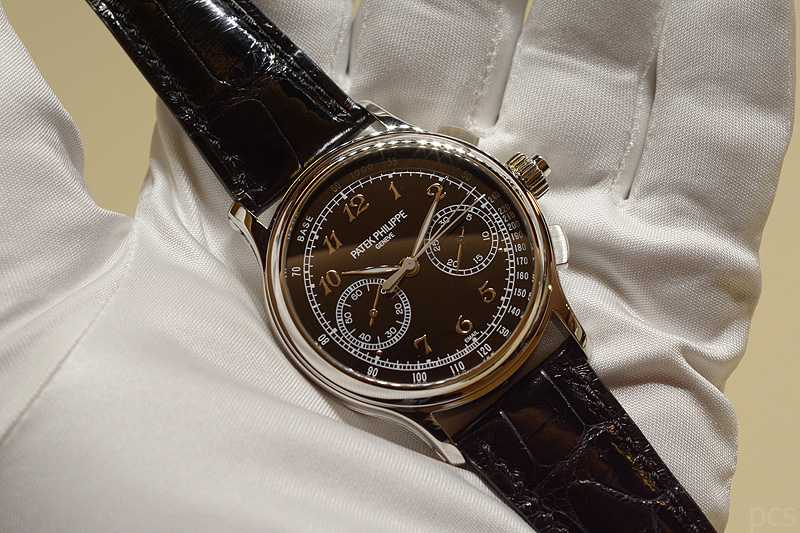 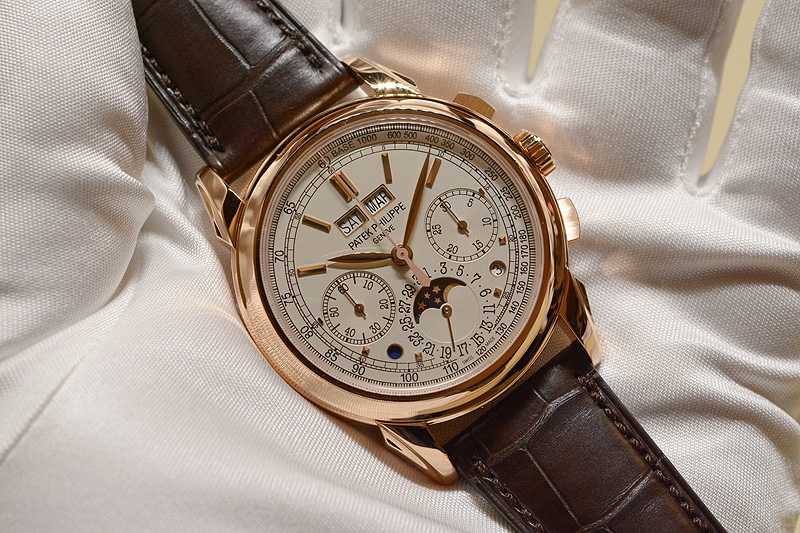 The perpetual calendar Chronograph 5270 is a real beauty anyway. With the new rose gold version 5270R-001 for 142.460 Euro there is now finally also a leaf without the often criticized bulge, the so-called chin, at 6 o’clock.

At the same time, the new blade design also finds its way into the white gold version. The new references: 5270G-019 for the blue version and 5270G-018 for the white version. 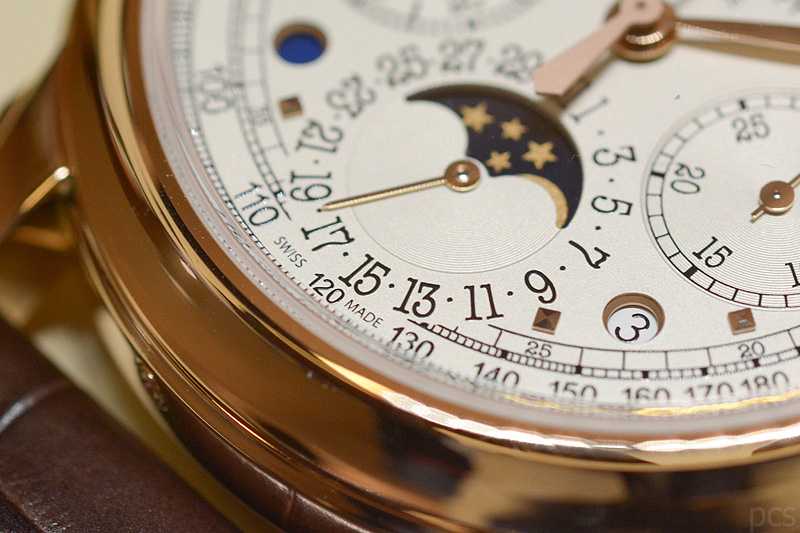 Rosé gold is also the theme at Rolex. Here the Yacht-Master will be available for the first time in this hip alloy. But that’s not all. The 116655 will be the first Rolex model to receive a polymer bracelet, the so-called Oysterflex bracelet. Matching: the Cerachrom ceramic inlay with Yacht-Master-typically polished numbers. 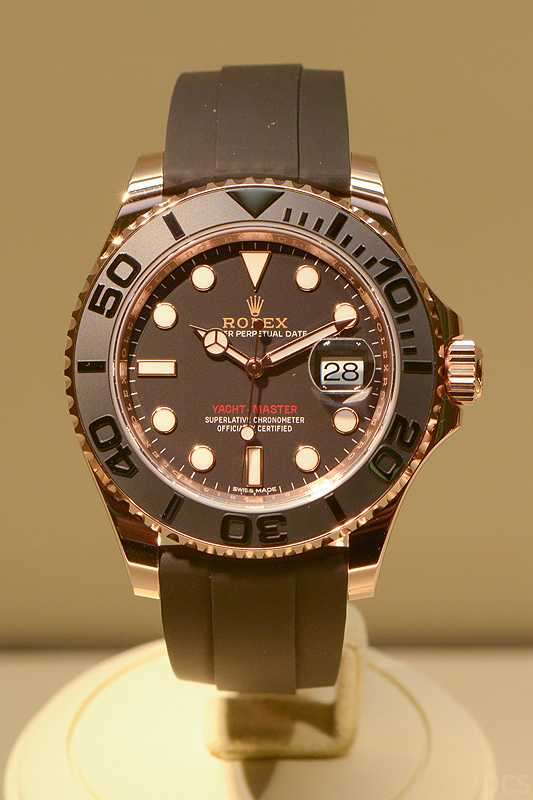 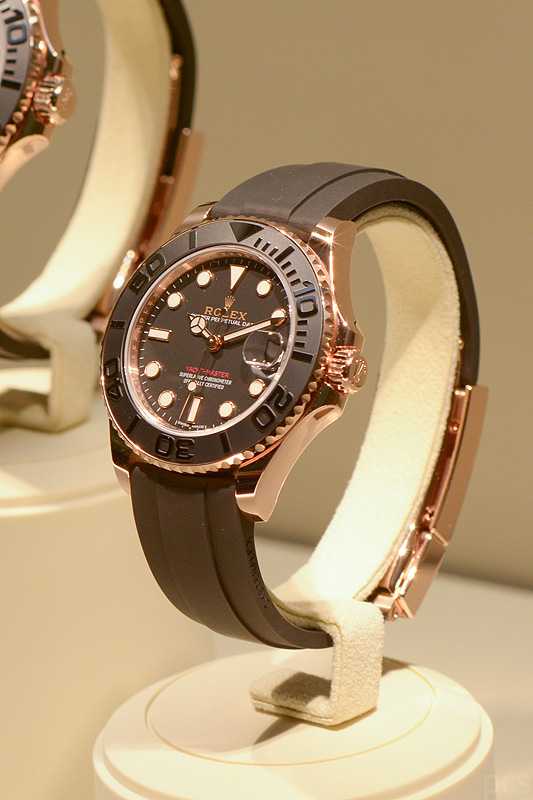 Another surprise: the Day Date series is growing. The new models are called Day-Date 40, a reference to the new diameter of 40 millimetres. The trick to match the successful proportions of the classic 36mm model is Rolex. 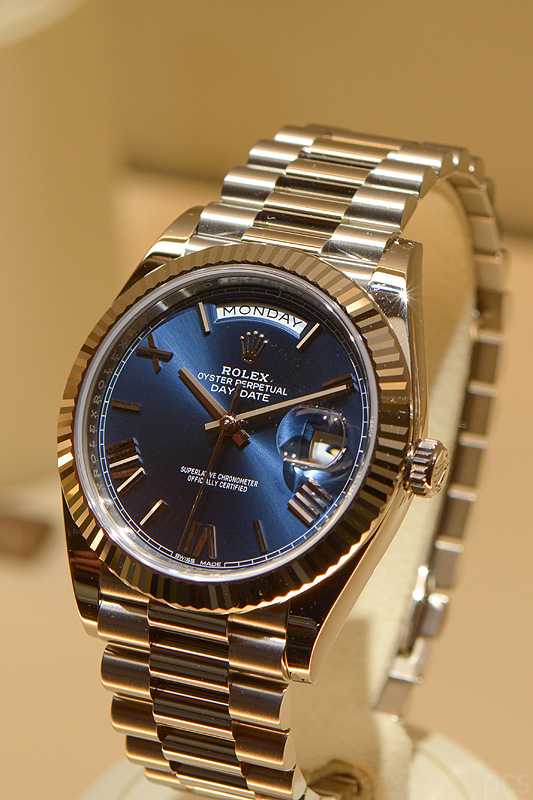 The models are equipped with the brand new caliber 3255, which Rolex also presented today. 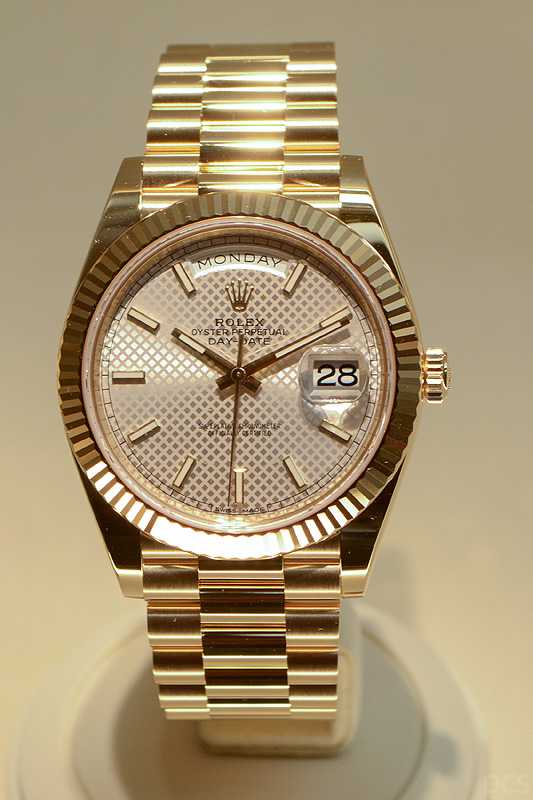 There are some new designs for the dials, but also old acquaintances are back. The Day-Date 40 is supplied in white, rose and yellow gold with a ribbed bezel; the smooth bezel is reserved for the platinum model. 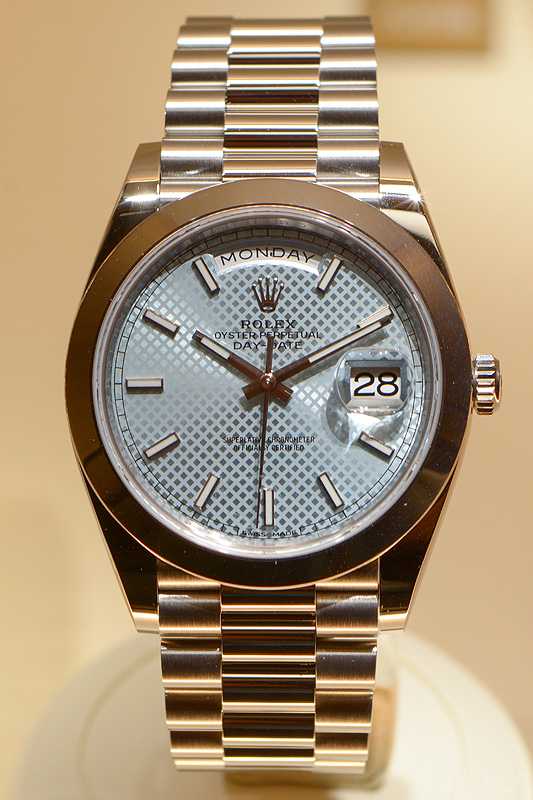 At the moment only the President-Band is available as a band. 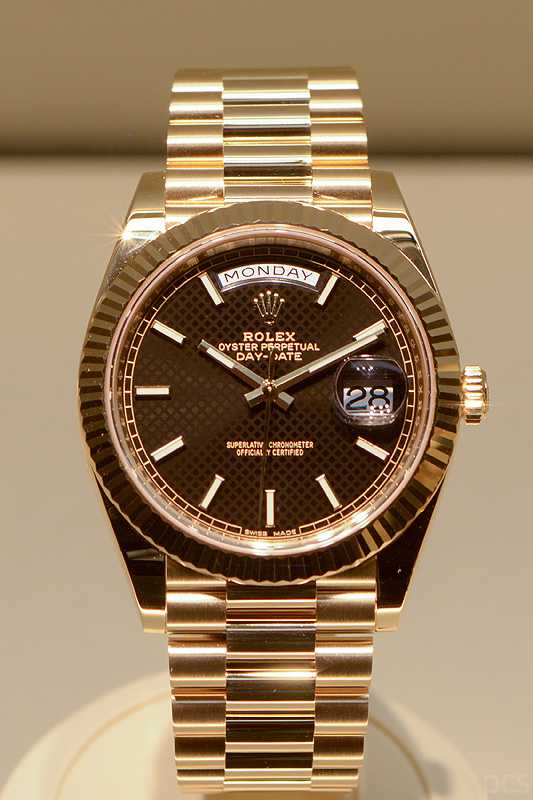 Otherwise little new at Rolex. The Rainbow steady rests known from the Daytona can now be found on the Datejust Pearlmaster models in color matched versions. But there’s a lot of news about Tudor. The North Flag already seeped through a few days ago. Live a very exciting clock, which reminds a little of the old Ranger II and somehow also of the Oysterquartz models. The North Flag will be available in April. The heart is the new, first manufactory caliber, which also finds its way into the popular Pelagos series. The writing of the official chronometer adorns the dial, which was also slightly modified and adapted to the new movement. The Pelagos are now also available in a blue version and with a rubber strap. So much for a first, brief overview of the first day of Baselworld. There is so much more to present and explain in detail. For us, however, it’s already time for another world premiere, which will be presented in the evening and which will be made a big secret here at the fair….