Unlike in Germany, there is no single state health system in the USA, but different private and state providers. A milestone for the American healthcare system was the healthcare reform called Obamacare from 2010 because it completely changed access to health insurance.

The medical care of the Americans is guaranteed by several separate insurance systems and is in private and state provider divided up:

Because health care costs in the United States are among the highest in the world, insurance premiums are also very expensive. Since many US citizens cannot afford this, a large part of the population is not insured at all. However, American legislation guarantees that hospitals everyone in medical emergencies medical care regardless of individual solvency.

However, even insurance often doesn’t cover all costs, so Americans do a lot Pay medical services yourself respectively. to pay have to. Americans who are not insured are generally expected to pay for their own medical care in the event of illness. It is therefore not surprising that the most common reason for personal insolvency is medical bills after hospitalization.

What has changed through Obamacare?

With the compulsory insurance introduced for the first time in 2014, the proportion of uninsured people fell significantly. For comparison: In 2010, almost 47 million US citizens were without insurance, 2018 "just" 28 million. Obtained through the reform socially needy significantly better access to the system and have since been supplied via a risk pool.

Those who are not insured through their employer or one of the government programs can now take out insurance coverage online via the government’s central web portal (Market Place) at fixed registration times. The new insurance policies also need to be specific Minimum benefits as basic security cover.

Although the increasing insurance coverage by the "Affordable Care Act" was clearly demonstrable, the Trump administration is working on an alternative to Obamacare and would prefer to undo the reform. However, this requires the approval of the congress.

With a new tax law at the end of 2017, the penalties for non-insured again abolished, which also eliminates the need for health insurance. This regulation will come into effect in 2019. It remains to be seen what further steps will be taken and what an alternative draft to Obamacare will look like.

What types of insurance are there??

The majority of US citizens have health insurance through their employer. As this is also a contractual partner of the insurance protection, the insurance usually ends when you lose your job. Become frequent group health insurance completed for the entire company, with employers and employees sharing the costs, similar to Germany. The latter often have to pay for the services used or take out additional private insurance.

If insurance cover is purchased directly from the marketplace, there are different types of insurance depending on your own region of residence, which are tailored to different needs. When buying health insurance, you can usually choose between the following three types:

Emigration to the USA: Which health insurance is the right one??

Choosing a suitable one Health insurance is an important point for anyone who wants to settle in the United States. For the first time in the USA, long-term travel health insurance can be taken out first so that all American insurance options can be checked on site in peace.

If you are not insured through an employment relationship in the USA, you can buy insurance cover individually on the marketplace. The different policies should be compared there exactly, since they consist of different packages and often e.g. do not include dental services. As a rule, you can choose between four tariffs (bronze, silver, gold and platinum).

When comparing the insurance conditions Pay particular attention to the following points:

Persons who were legally insured in Germany automatically lose their insurance cover when they leave the European social security system. However, there can be one Dormancy be continued with the German health insurance, so that membership is temporarily suspended and can be resumed upon return to Germany under the old conditions.

There are many reasons for completing one private German health insurance, because German insurance law offers some significantly better conditions compared to the USA. Persons insured with a German private health insurance company in the USA are still subject to the German Insurance Contract Act, which applies to all providers and companies in Germany.

International travel insurance for the visit from Germany

Anyone who travels to the USA as a tourist or has relatives from Germany visiting their new home can also visit a doctor for a short time in the event of illness or the emergency room in emergencies. It is extremely advisable to do this before traveling a private Travel insurance for the USA, otherwise an illness can be extremely expensive.

All treatment costs usually have to be paid on the spot and will be reimbursed by the travel insurance afterwards. You should therefore always get one detailed receipt be given, which lists all costs and therapeutic measures as well as diagnostic codes. If you want to be on the safe side, you should contact your travel insurance in advance for any special features.

With other temporary, but long-term stays of one year and longer (e.g. au pairs), sufficient international health protection should be available. Special travel insurance for stays of up to 5 years can be taken out for this.

Below are some links to various international health insurance plans:

Hansemerkur – die Reiseversicherung AG:
Here you can calculate various insurance premiums for different types of travel (and duration) and then easily book.

Take the chance to live indefinitely in the USA and take part in the GreenCard lottery! 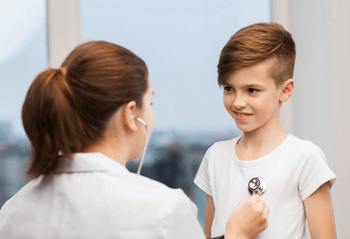