This is about what family forms are, which family forms exist and how gender roles are often distributed in families.

There are very different families, with many children, with many parents, or exactly the opposite. People we choose as our family and people we have. In any case, the father-mother-child model is only one of many. Here is an overview of the most important family forms:

2. What are the main family forms?

For us it is clear: All these families are good and right and need support! 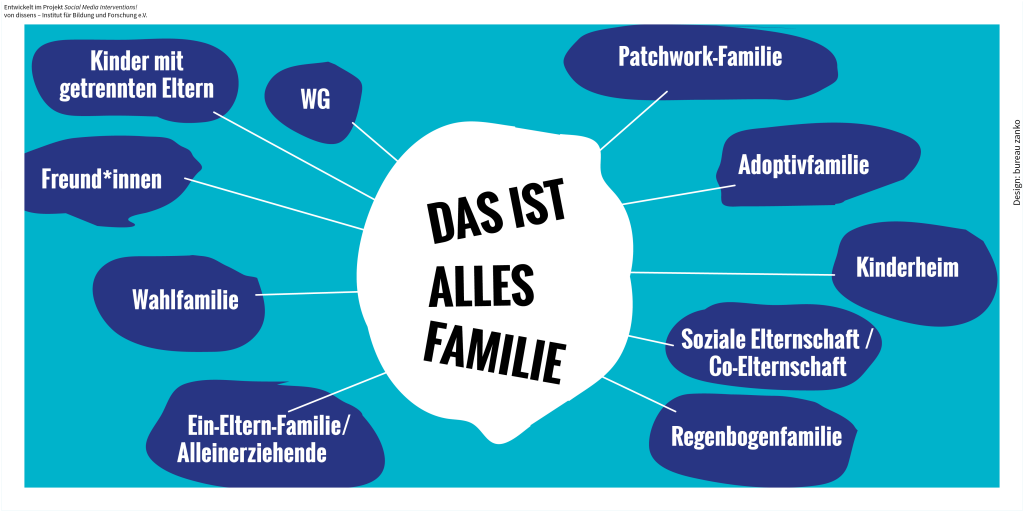 3. Who does what? – gender roles in families

Despite all the diversity, the roles in many families are still clearly divided: women are responsible for care work, i.e. caring for children, old and sick people. In richer households it is outsourced to (often poorly paid) carers, cleaners and babysitters – mostly other women and migrants. Men should earn money for the whole family. They have to put up with the fact that they have little time for children and relationships.

The traditional gender roles also have material consequences: It is mostly women who only work part-time and do most of the care work. For example, women have a higher risk of poverty.

At the same time, it goes without saying that women want to go to work and want children and careers. Many men want to build serious and deep relationships with their children and have the time to do so.

So the demands and wishes have changed. It’s a good thing, but it can also be overwhelming: It is best for women, men and everyone else to do everything: careers, children, be beautiful and fit and have the rightWork-Life Balance ”. Going your own way here and setting your own priorities is a difficult task. And still better than having no choice!