The German Reich was destroyed after the First World War, politically unstable, economically and socially ruined. Millions of people are in need and starving. The disabled, the victims of the war, the widows, the orphans without social assistance. An unprecedented mass impoverishment in Germany challenges the self-help and practical solidarity of many volunteers. The idea is obvious to form a social democratic welfare organization from the various organizations of the labor movement.

But it is not just the current plight of people that leads to the idea of ​​a "Workers’ Welfare" leads. The political goal should be to replace the oppressive poor care of the old imperial regime and to carry the idea of ​​self-help and solidarity into modern welfare care. 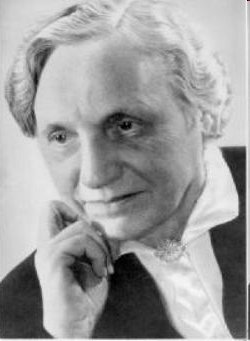 Workers should no longer be just poor people. The social democrat Marie Juchacz,

· Women’s secretary to the SPD party executive,
· Champion of women’s suffrage in Germany,
· Member of the Weimar National Assembly,
· First parliamentary speaker in this first freely elected German parliament,
called on December 13, 1919 "Main committee for workers’ welfare in the SPD in life.

Friedrich Ebert, the first German Reich President, gave the young welfare association the motto: "Workers’ welfare is the self-help of the workers".

So in addition to the "bourgeois charity" set up a social democratic welfare association, under which one understood something different back then than today.

Workers ‘welfare is an element of the social democratic workers’ movement in the transition from the 19th to the 20th century. Since its inception, it has been a political interest group whose members advocate social justice and social progress, but the AWO has therefore never been a working class community.

The plight of the 20s – the reflection of the "Golden Twenties"

A variety of AWO services and facilities came into being in times of need in the 1920s: sewing rooms, lunch tables, workshops and advice centers. Many social democratic women and men were trained for a social profession.

The aim of the AWO was to alleviate this need, to prevent it, to improve welfare services and to use modern social pedagogical methods. However, the emergency decrees of these years repeatedly drastically restricted welfare services. The discriminating public "poor relief" should nevertheless be gradually overcome by modern care legislation.

Milestones on this path were the Reich Youth Welfare Act of 1922 and the Duty of Welfare Ordinance of 1924.

The AWO claimed social rights. Its members had to deal with the devastating emergencies themselves as those affected. The main priority was to counter mass impoverishment with practical self-help.

Since 1925, the AWO has organized its own lottery and sold workers’ welfare brands to finance the social services that have arisen and are emerging.

In 1926, the AWO was recognized as a top-level association for free welfare. From 1928 the AWO maintained its own welfare school in Berlin. Emergency ordinances that limited the few social rights and benefits, the global economic crisis and the unstable conditions in Weimar democracy made the AWO’s social assistance activities indispensable.

Over 20 million people in Germany were dependent on welfare assistance. 5.7 million unemployed stood in front of the counters of the employment offices. Hungry people were cared for in the AWO Volksküchen and food and clothing collections were carried out.

In 1931, 135,000 AWO volunteers worked in child recreation and child protection, in elderly care and youth welfare, in emergency kitchens and workshops for the disabled and unemployed, and in self-help sewing rooms.

The AWO became a helper organization for all socially needy people, regardless of their origin and their denomination.

On January 30, 1933, Adolf Hitler came to power. Only a few weeks later, the National Socialists banned the AWO and forcibly dissolved it. On July 15, 1933, the output the magazine "Workers’ Welfare" with the swastika. The representative of the German Labor Front issues a circular with instructions for the reorganization of the AWO. It said that workers’ welfare "To be expanded so that it later serves as a model for all welfare institutions".

However, the members, helpers and officials of the organization evaded the attempt to convert workers’ welfare into the National Socialist People’s Welfare. Assets, homes and facilities were therefore confiscated for the National Socialist People’s Welfare. Leading AWO women and men were persecuted. Aid to those in need and those persecuted by the Nazi regime continued illegally as long as the funds allowed. Marie Juchacz and many others had to leave Germany.

Workers’ welfare had ceased to exist as an organization.

With the end of the war in 1945, the collapse and division of Germany, reconstruction began in Germany, which was occupied by the victorious powers. Immediately after the war ended, the new beginning and reconstruction of the AWO. It was re-established in Hanover in 1946 as a party-politically and denominationally independent and independent organization.

In that time "Soviet-occupied eastern zone" the AWO was no longer approved. On the other hand, due to the Allied status from Berlin to 1961, it also had official approval in the eastern part of the city, but was not allowed to work there. After the Wall was built on August 13, 1961, the AWO in East Berlin was no longer approved.

Persecution, prohibition, war and devastation could not destroy ideas. Local associations of workers’ welfare in the western zones courageously resumed their work. AWO helpers looked after evacuees and refugees, returnees, the elderly and the lonely, young people who had lost their homes and parents.

Child and youth recreation measures were offered again, sewing rooms were opened according to old tradition, but also housekeeping and mother education facilities.

In 1949 Marie Juchacz also returned from the USA, marked by the years of emigration. In New York, she had ensured that worker welfare was included in the CARE package campaign by the Americans. She became honorary chair of the AWO.

Organizationally, the AWO broke new ground. Without losing its closeness to the social democratic workers’ movement, it founded and organized itself as an independent association that adopted new guidelines at the Reich Conference in Kassel in 1947.

In 1953, Lotte Lemke, then deputy AWO chair, declared at the Berlin AWO Reich Conference: "Today, the workers’ welfare of the Weimar period has become a welfare organization, whose radius of action extends far beyond the circle of the population counting towards the workforce".

In these years, kindergartens and after-school care centers were newly established, folk kitchens gave meals to children and the elderly and sick out, prisoners of war and their relatives were cared for and provided with food, a sister school was opened and an AWO sisterhood was founded. It was in Karlsruhe "Seminar for social professions" opened as a training center. The AWO was active in all fields of social work.

The Berlin Wall fell on November 9, 1989. Germany was reunited on October 3, 1990. Willy Brandt, Egon Bahr, Helmut Schmidt and Herbert Wehner’s dramatically competitive relaxation and eastern policies, the political will of Mikhail Gorbachev to reform, laid the foundation for new German history after 1945 and 1989.

Organized by west / east partnerships, the AWO in the five new federal states also begins a dynamic process of development. One year after the fall of the Berlin Wall, the state and district associations of the AWO all over Germany come together at a federal meeting in Berlin on November 10, 1990.

After the ban on workers ‘welfare in 1933 and the violent division of Germany after 1945, the state and district associations in the new federal states declared their membership in the Federal Association of Workers’ Welfare. This coincides with what was forcibly separated 57 years ago.

The AWO is now active across the board in all federal states.

Experience for the future

With the rapid changes in the world of work and work and the advanced technology in the last century, the tasks of the AWO also changed.

Modern and forward-looking social work has to take these processes into account.

The social rule of law, as the AWO sought in its beginnings and in its development, has become reality in its basic elements. The AWO does not abate in its demands for reforms and changes in the social policy, in health policy, family policy and general care for people and their social security. It has always passed its demands on to parliaments and governments. This has resulted in laws that guarantee legal rights to social assistance. One example among many is the social security coverage of the risk of nursing care.

The AWO has taken on new social tasks that have their origins in the changing society. This includes the care of the numerous foreign workers since the beginning of the 1960s, inpatient and outpatient care for the elderly, addiction counseling and social psychological care.

The principle of AWO’s social work continues to be helping people to help themselves. As an independent association, the AWO has increasingly taken on public tasks – whether wanted or not – the financing of which is not fully covered by public grants.

The crisis of the world economy in the 80s of the last millennium and the economic and technological globalization of the new cast their shadows on the future of the welfare state. Many people are without a job. The large social security systems reach their limits. They need to be reformed and not rigidly dismantled. The social test is where the AWO has direct contact with people with its services and facilities.

Today the AWO is much more responsible for social tasks and services than it used to be. In all areas, she attaches great importance to solving contemporary social tasks with an eye on the future – with experience for the future!