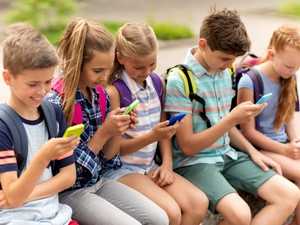 In the Children’s Media Study 2019, six media companies, including Spiegel, Gruner and Jahr, Panini and Zeit, examined how children and young people currently deal with media, which media they use and which products are on children’s wish lists. Of course, we are particularly interested in the results on mobile phones and smartphones. We have browsed through and present some of the results of the media study for children and young people here.

The desire for a tablet has also become stronger, with a figure of almost 40 percent. The number of children who have their own mobile phone or smartphone, on the other hand, has declined slightly.

The savings targets also remain technical because, as in the previous year, just under one in five children surveyed stated that they were saving for a mobile phone (19%). Thus, the smartphone remains the most popular object to save on.

! With a mobile phone for the child alone it is not enough: Only with a mobile phone tariff for children (thus a contract, which is suitable), the newly acquired Smartphone is used. So it’s good if you can keep consumption costs under control.

You see, wishes for electronics are at the top of the list of children and teenagers. Not to be despised: Around 60 percent already have their own mobile phone, while another 20 percent have the option of using a mobile phone in the household (e.g. of their parents or siblings).

Results of the study on the focus on mobile phone ownership

But: Ferries (17.3 percent), skateboards and inline skates (19.9 percent) or play boxes such as Lego or Playmobil sets (19.7 percent) can also be found on the wish lists of children and young people.

But a glance at the list of possessions also shows that products such as stuffed animals, puzzles, board games, bicycles or collectible figures can already be found in almost every nursery (by 80 percent each), while electronics (which are often much more expensive) are less common (around 11 percent of tablets).

Savings targets for children and young people: Almost every fifth person saves for a mobile phone

And another interesting study result: Almost every fifth child from 6 years (19.3 percent) saves for a mobile phone or smartphone, another 11.6 percent say they save for a tablet, a computer or a notebook. Toys, clothing and a bicycle are among the other products for which savings have been made.

Of course: Books, a new shirt or a game are usually cheaper than a smartphone – so you have to save longer and more endurance for your mobile phone. 38.4 percent of respondents said they were not pursuing a specific savings goal.

While adults increasingly criticize the complex world and the interlocking of digital and real activities, children are much better able to reconcile the supposed leisure stress. The frequent activities of 4- to 13-year-olds include both classical and digital media.

Of course, the help of parents is also needed here: it is clearly important to introduce children to the “new” media. But the use of the media should be well dosed – instead of putting a mobile phone, tablet & Co. in the hands of the offspring as early as possible, a book is also used.

What is the Children’s Media Study?

The children’s media study shows how children between the ages of 4 and 13 currently deal with media – and which media are used in their leisure time. To this end, 3,300 children were interviewed with a parent or guardian. You can view the complete study online. In addition there is a summary in the study description.

Child media study: Time, mirror and further medium enterprises are behind it