Culture, leisure, travel and lifestyle with children in Hamburg – and elsewhere 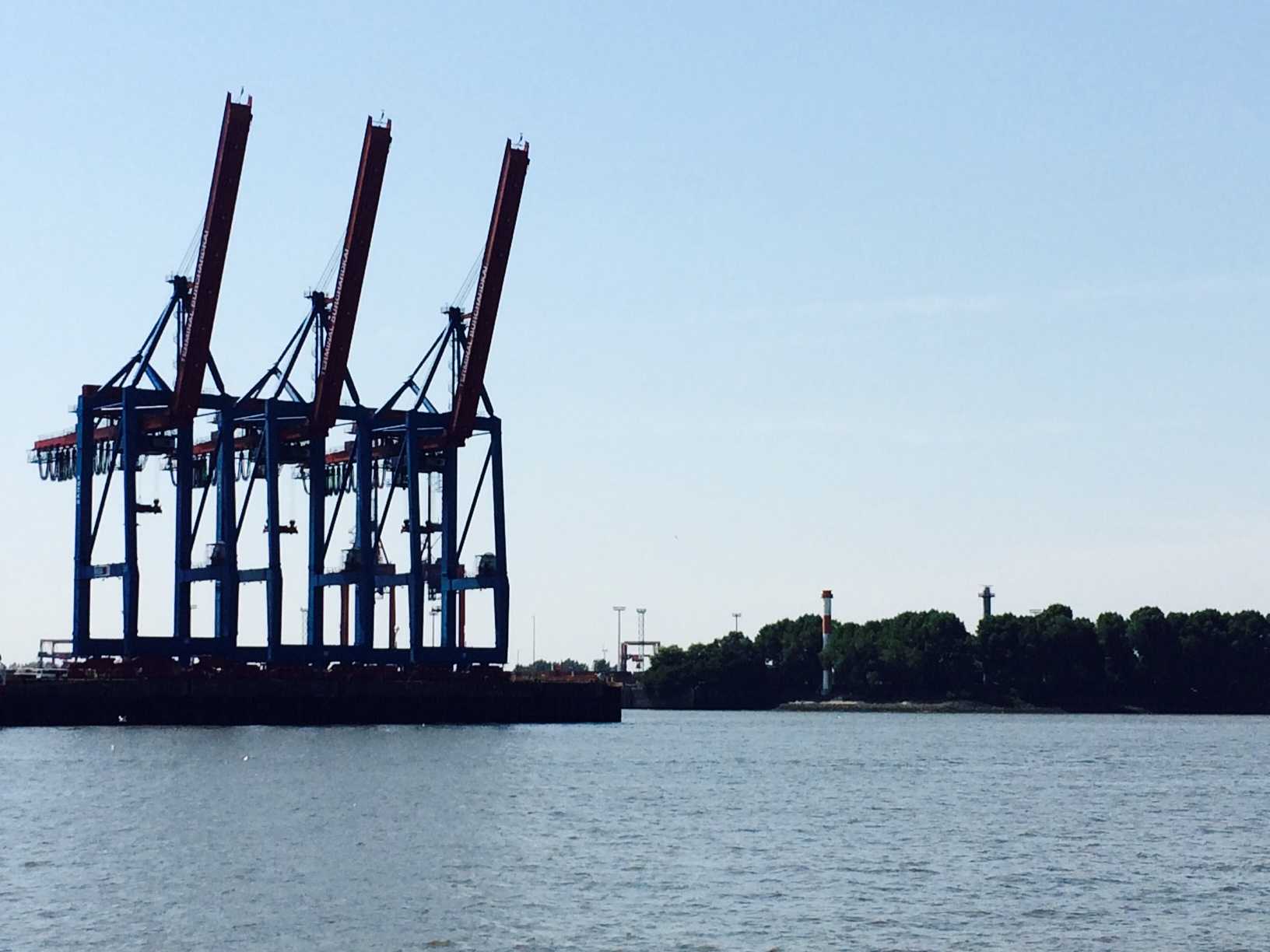 The Hamburg boy and I were on a discovery tour! And they did it with trips through the port of Hamburg. We went by ship, walked through the Old Elbe Tunnel and learned a lot of new things. Are you coming with us?

I recommended the harbour tour for children a few weeks ago in my Highlights of the Week. And because I only recommend what sounds promising, I wanted to try it out for myself. Said done. With the Hamburg boy I went to the Landungsbrücken – and got to know the Hamburg harbour even better.

Which ships cross the Elbe? What does it mean for the captain of a giant cruise ship when he has to enter the narrow harbour basin and even turn around? What is the importance of the port today? And what did it used to have? City guide Catrin explains these and many more exciting questions and has lots of pictures in her luggage. 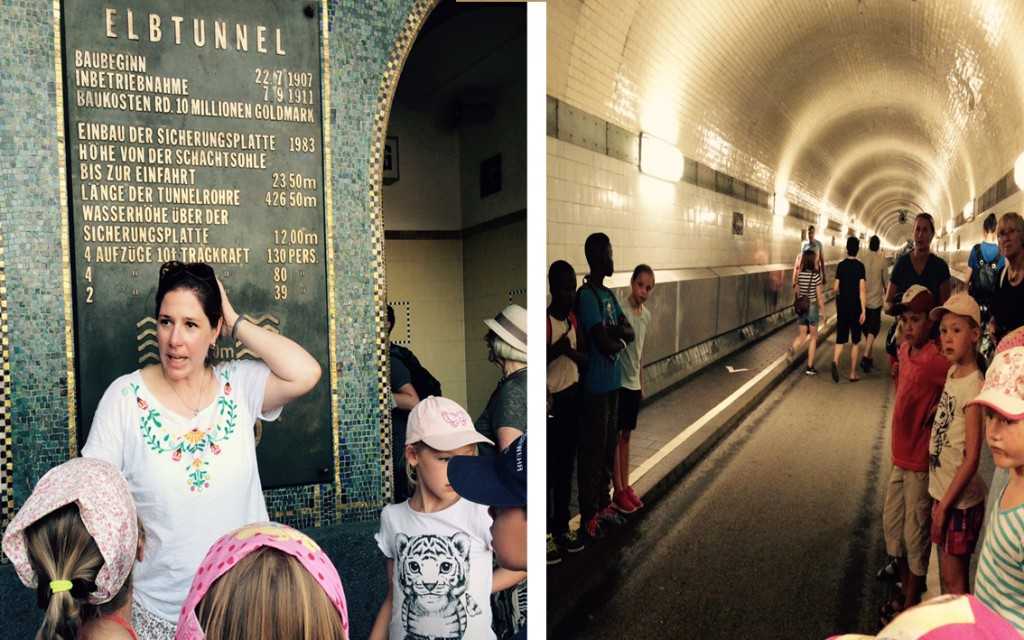 On foot through the old Elbe tunnel

At high tide, the water stands twelve metres above the Old Elbe Tunnel. The children are impressed. It is also impressive to walk down the stairs a total of 24 metres. The Hamburg boy clings to my hand as a precaution. Arrived down all are courageous again. It’s cool here and the pale light only a little bit scary. Is there really a ship swimming above our heads? Who knows… The children at least know now, why the Old Elbe Tunnel was built (much too much shipping traffic by the many dock workers, who had to set over the Elbe) and why the tunnel for cars of today is quite narrow (it was built for carriages, cyclists and pedestrians – there were cars at that time – the tunnel was opened in 1911 – not yet). The children walk happily through the tunnel and follow the task of city guide Catrin: To see exactly which motifs can be seen as reliefs in the tunnel.

Third stop: The other side of the river Elbe 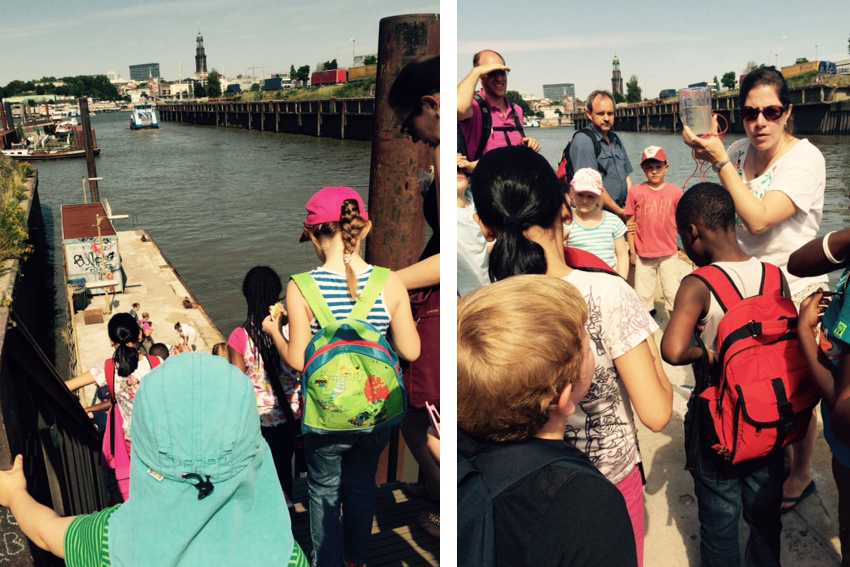 Short excursion to the shipyard island Steinwerder – with water sample

We are on the shipyard island Steinwerder. Here my dad from Hamburg asked me to marry him. Hachhh …. But maybe only me and the young man from Hamburg are a bit interested. For the children there are now salt herrings from liquorice. Catrin allegedly fished out of the Elbe. A sample of Elbwasser results: Fresh water flows in the Elbe. And the water looks pretty clear in the glass. Nevertheless nobody wants to try it, better so … With the harbour ferry it goes back to the landing bridges.

Fourth station: On the river Elbe

We take the HVV ferry across the Elbe. Today is a sunny day and the ship is unusually full. Even if we don’t make it to the top of the sun deck, the boat trip is wonderful for the children. Catrin tells how long the men used to sail at sea … Wow! 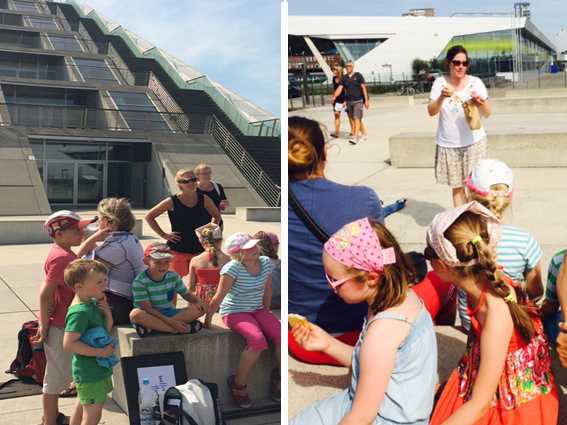 Do you know that office building on the Elbe that towers over the water like a ship? Dockland, exactly! This is where we get off. City guide Catrin lets the children shout to her what they believe the sailors ate back then. Fish, right! Also white cabbage to prevent scurvy, a deficiency disease. (There is also a picture of a numerous seafarer to be seen, that makes the children happy …, hehe) And: Rusk. And Catrin now has that for the children too. She recommends to knock him out nicely because of the maggots that could hide in it. They should be fed to the chickens on board afterwards. The Hamburg boy knocks well and will later tell grandma and grandpa why there are holes in the zwieback and why they always have to knock well …

Sixth station: High above the harbour

Last task for all who are still not tired from so many port adventures: Climb up the stairs to the ship’s tower “Dockland” and count all the steps. Of course we are there. And we will be rewarded with a fantastic view! 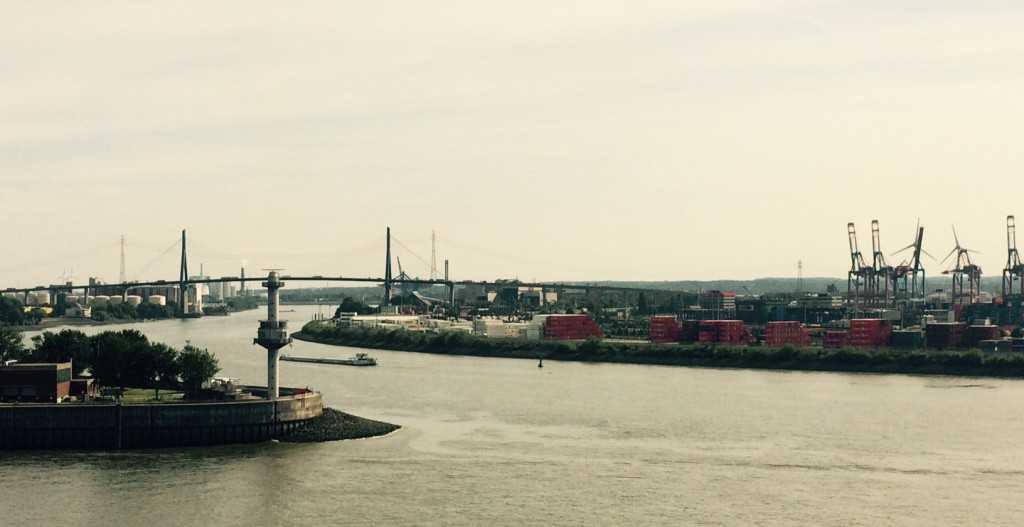 How many steps did we have to climb to get to this beautiful view? Please check that yourself – on the harbour tour for children!

The guided tours for children through the port of Hamburg are offered every Tuesday and Thursday at 14.00 during the holidays. For children from 6-12 years. With their parents. 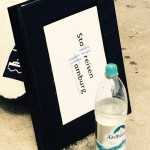 By the way, Stattreisen also offers many other exciting alternative city tours and rallies for adults – from the St. Pauli Quickie, to the Street Art Tour, to theatre and bicycle tours. A good idea also for groups. The complete programme can be found on the homepage.