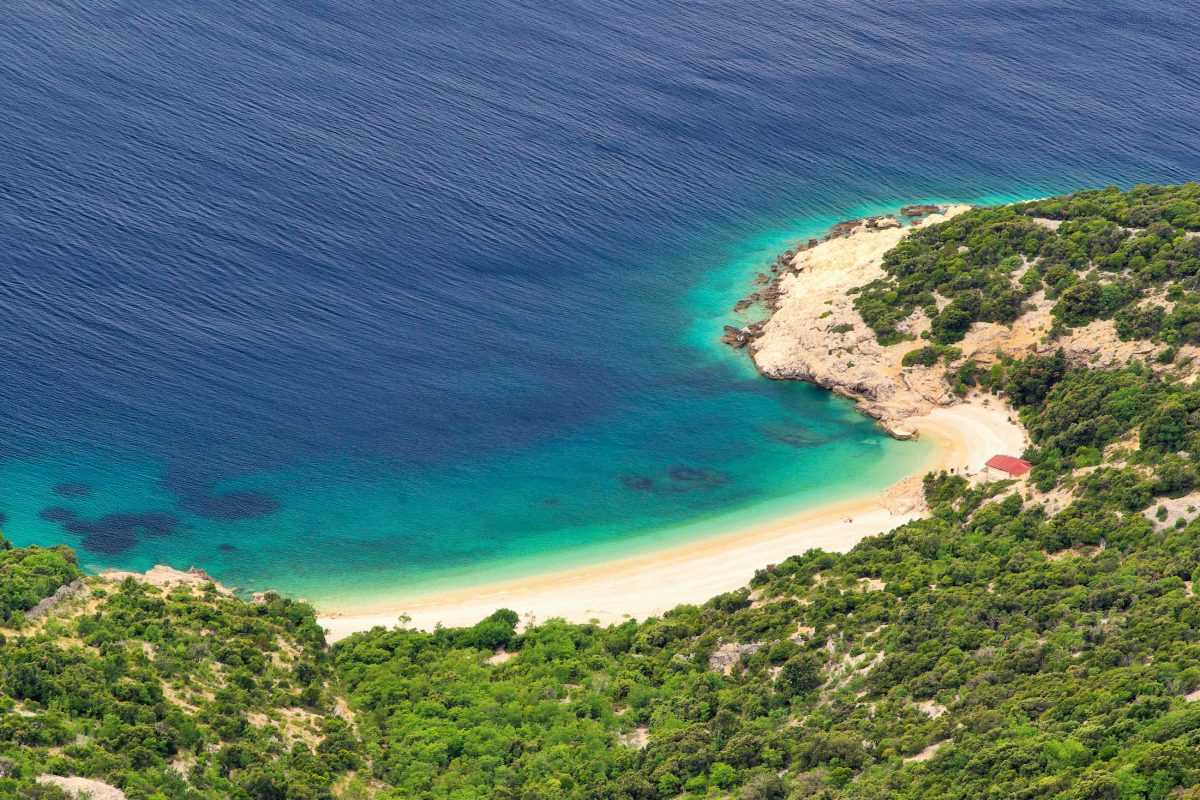 The picturesque island of Cres in the Kvarner Bay with its unspoilt coves, inviting pebble beaches and charming Mediterranean fishing villages is one of the most popular holiday destinations in Croatia.

Together with the neighbouring island of Krk, Cres in the Kvarner Bay near Istria is the largest island in the Adriatic. The mild climate and sheltered bays were already appreciated by the first settlers in the Neolithic, the Croats came to Cres in the early 7th century. But also the Venetians, Habsburgs and even the French left historical traces on this idyllic island. Today the island of Cres is a paradise for active holidaymakers and those seeking relaxation thanks to its untouched bays with crystal-clear sea, picturesque villages and lush forests.

Three roads lead to Cres. There are two ferries available for those arriving by car, one from Brestova in Istria to Porozina in the north of Cres, near Beli, and one from Valbiska on the island of Krk to Merag, near Cres town. Pedestrians can also use the Rijeka catamaran, which anchors three times a week in Cres Town, Martinščica and Mali Lošinj on the neighbouring island of Lošinj.

On the 250km long coast of Cres, snow-white pebble beaches alternate on the south and west coasts with natural rock banks on the north and east coasts. Due to the lack of sandy beaches, the turquoise blue water around Cres is crystal clear. In the rocky subsoil various marine animals find enough hiding places and create a Mediterranean paradise for divers and snorkelers.

It is difficult to name the most beautiful beaches of Cres, each bay has its own merits. Worth seeing are the small beach below Lubenice, which has already been chosen as one of the most beautiful in the world, the rock banks of Valun with the clearest sea water in Croatia, and the kilometre-long pebble beach of Martinščica.

If you come from the north, you will be welcomed by Gorice, the highest mountain of Cres with 648m. It lies directly at the turnoff to Beli, an idyllic Mediterranean village that once served as a refuge from the Tartars for the Hungarian King Bela IV.

In the capital of Cres live with 3000 people about 90% of the island inhabitants. With its historic old town, idyllic pebble beaches, modern hotels and cosy taverns, this pretty town is one of the most popular holiday destinations in the Kvarner Bay. The marina of Cres town was awarded the Blue Flag and is with its impressive yachts a sight in itself.

Valun is located in the same bay as Cres town and is clearly one of the most interesting places on the island. The community of 80 people is the ideal holiday destination for travellers looking for peace and relaxation. The rocky and pebbly beaches of car-free Valun have the clearest water in Croatia and the wooded hills around the tranquil village are ideal for hiking and cycling.

Lubenice is often called the most enchanting place in Cres. On its steep cliff the tiny settlement does not attract with historical buildings or beaches, but with a fairytale idyll like from the last century and a spectacular view of the Adriatic Sea.

Lake Vrana on Cres is a natural phenomenon in its own right. At a depth of 74 metres, its surface is above sea level and its deepest point is below. The “crow’s lake” supplies the entire island with drinking water and can therefore unfortunately only be viewed from a distance. Hikes to Lake Vrana start best in Martinščica, Lubenice or Valun.

The Blue Grotto of Cres is located in the bay of Zanja and impresses with its splendid play of colours, which conjures the sunlight on the turquoise blue water. The crystal clear sea reveals the Croatian underwater world in all its splendour to divers and snorkelers. The Blue Grotto can be reached by boat or on hikes from Martinščica or Lubenice.

Martinščica, the second largest town in Cres after Cres town, attracts tourists first and foremost with its beautiful, kilometre-long pebble beach for a relaxing bathing holiday. Its calm waters and shallow bottom are ideal for families with small children and its excellent water quality is regularly awarded the Blue Flag.

The museum city of Osor is the cultural centre of Cres. In ancient times the connection between Cres and Lošinj was an important seaport where travellers from all over the world met. Historical buildings, museums, a gallery and numerous sculptures characterise the townscape and remind us of the splendour of that time in the now peaceful settlement. 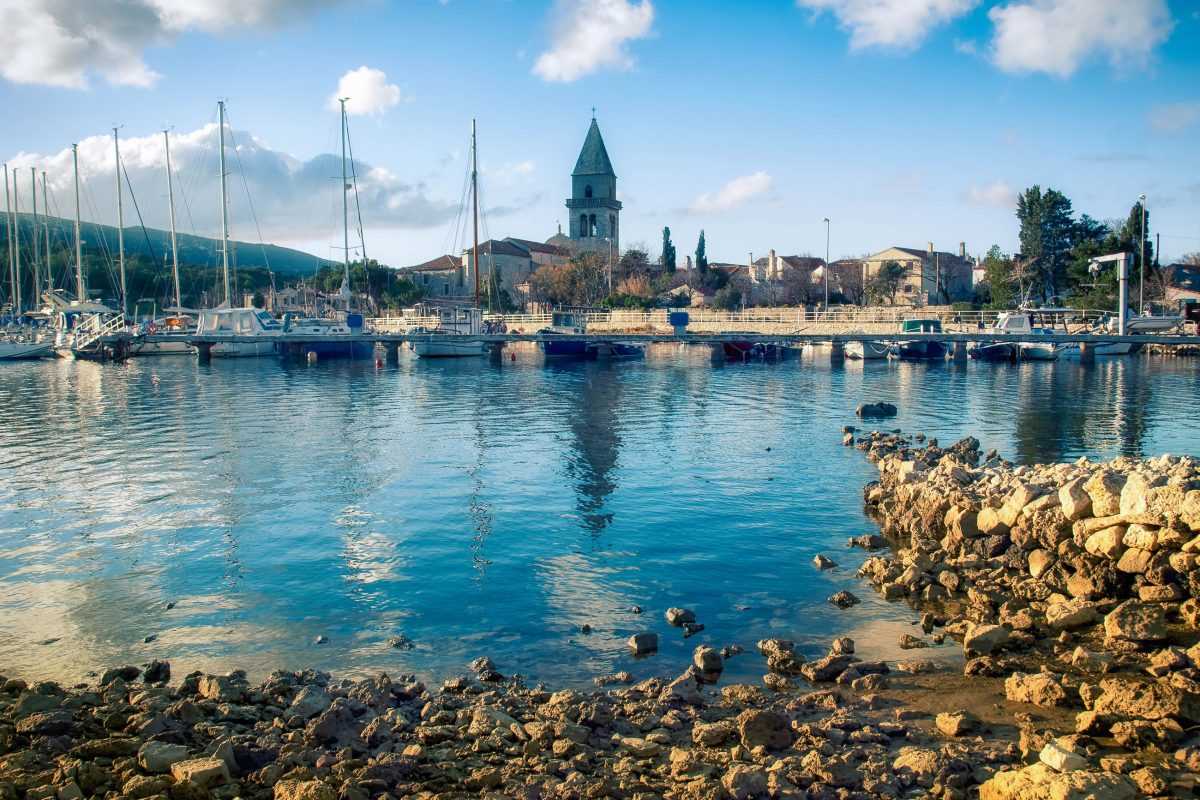 The islands of Cres and Lošinj were once a common land mass. The Kavada Canal near Osor was created around 2000 years ago by the Romans, whose main means of transport in ancient times was ships. From Cres to Lošinj today there is a 10m long bridge, which is opened twice a day, at 9 am and 5 pm, to allow ships to pass.