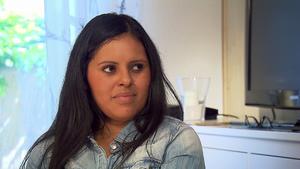 Marisa (30) is looking for her mother:
Marisa was born in the poorest of conditions in Guatemala in Central America in 1983 and was soon adopted by a German couple. In Germany, the little girl has a better future and first of all Marisa has a happy childhood. However, when the adoptive parents’ marriage breaks, fate turns dramatically. Maria’s new stepfather terrorizes the family – a path of suffering begins that ends for Marisa and her adoptive mother in the women’s shelter.

The longing for her birth mother grows day by day and the questions about her roots torment Marisa more and more. The young woman is increasingly concerned with her country of birth. Today, the now 30-year-old supports a child in Guatemala. But she cannot satisfy her longing for her mother. Your only clue is the name – Reinalda Flores Vivas – and a city – Guatemala City. Sandra Eckardt is facing a particularly tough case. There is hardly any reliable information and it is almost impossible for foreign journalists to search in the most dangerous areas of Guatemala City. The Hamburg journalist brings her Latin American colleague David Nostas on board. An exciting search on two continents begins. But they always end traces in nowhere and when the breakthrough finally appears, an incredible piece of news throws everything overboard . 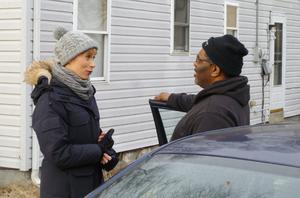 Hannelore (69) is looking for her sister Ingrid:
Hannelore and her younger sister Ingrid were brought into the home by their unemployed, single mother in childhood in the 1940s. There the two spend a short time together, but in the circumstances, happy time. The two are one heart and one soul. The home is run by a Swedish pastor and the children occasionally go on trips to Sweden where they can spend time with Swedish families. Some children are even adopted there. When Hannelore comes home from school one day, her little sister is sitting in the so-called Sweden bus. Hannelore believes Ingrid is only going on a trip, but the sisters will never see each other again. Ingrid has been adopted by a Swedish couple. A world breaks down for Hannelore. But it is not the only stroke of fate in her life: while the young woman is working in the GDR, the borders are closed. Hannelore can no longer leave. From there, however, she has no way of looking for her beloved sister. Her letters are intercepted and her daughter is even taken away from her.
After the fall of the Berlin Wall, Hannelore goes back to the search and is actually given an address in Sweden via the Red Cross, where her sister is supposed to live. There is a short exchange of letters and then the contact breaks suddenly and unexpectedly. Hannelore has no clues as to where her sister might have gone and fears the worst. But the now 69-year-old does not give up. Hannelore desperately turns to Sandra Eckardt.

Renate (57) is looking for her sister Roswitha:
Renate from Hessen and her sister Roswitha, who was one year younger, grew up in the poorest of circumstances in the 1950s. The family is forced to beg. When the children are eight and nine years old, their mother dies and the overwhelmed father gives the girls to a children’s home. There they spend their childhood and adolescence. The two give each other comfort and support. But at the age of 15 Renate has to leave the home for the apprenticeship and Roswitha remains sad.
During her apprenticeship, Renate visits her younger sister as often as possible in the home, but then the distance becomes too great and the circumstances become more and more difficult. The contact between the two breaks off – until one day Roswitha is surprisingly at Renate’s door. The sister has her baby with her and Renate opens that she with her husband will emigrate to America. A short warm meeting before Roswitha’s departure is the last contact between the two siblings. Then fate separates women again and decades without a sign of life enter the country. Renate has had no contact with her beloved sister for 37 years. But she never forgot them. Renate’s dearest wish is to find Roswitha again. Sandra Eckardt goes on a search in America to fulfill her dream and to unite the two sisters forever.