Devastating storms, heat waves and floods to reach Sad records: Global climate change is already having an immense impact and is increasingly putting a strain on the health of children and adults. Everyone is asked to make their personal lifestyle climate-friendly. The foundation for this must be laid in early childhood, the Foundation for Child Health emphasizes in a current statement. With the help of a new project by the foundation, children should learn climate-relevant knowledge already in kindergarten and memorize responsible behavior for their future lives as “climate sensing noses”. 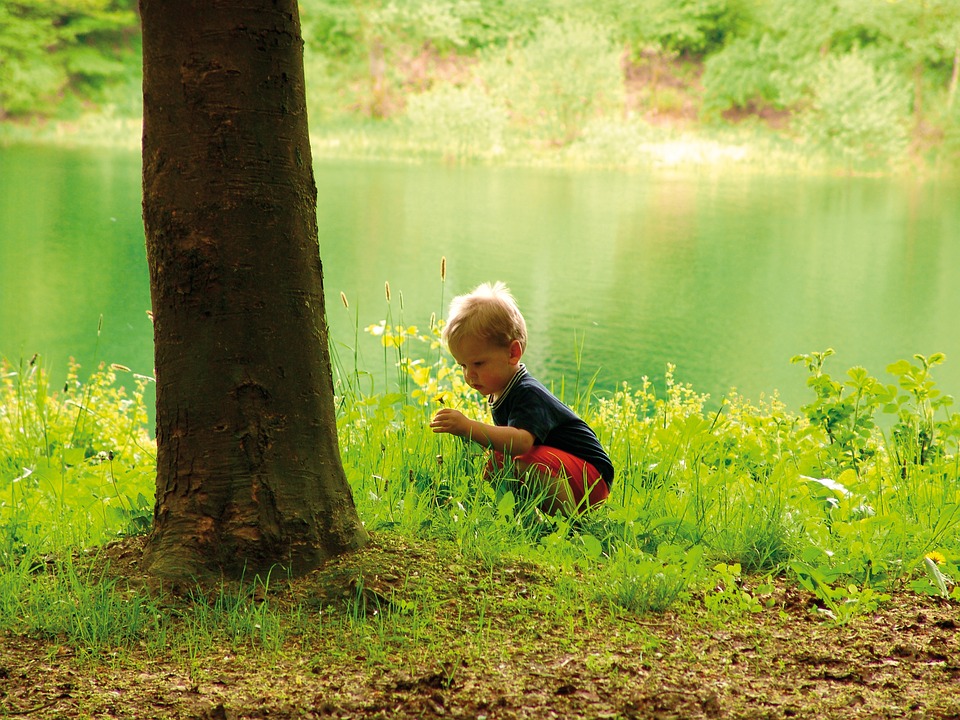 "Most scientists agree that climate change is largely man-made," says the Munich pediatrician Professor Dr. Berthold Koletzko, Chairman of the Child Health Foundation. “Climate change will change the world. The consequences of this are likely to affect the lives of our children more than we can imagine today. We must therefore take effective preventive measures, the earlier the better. The ‘Climate Sensing Noses in Kindergarten’ project, which was developed by the Child Health Foundation in cooperation with the BNP Paribas bank, serves this purpose. ”

Because of their vulnerability, children and adolescents are a special risk group for environmental pollution. There are already important indications of the negative impact of climate conditions on your health, emphasizes Professor Koletzko and gives examples of this:

Extreme heat is one of the most important weather-related risks worldwide. The direct effects of the heat include heat stroke, dehydration, loss of consciousness, heat cramps and high body temperature. The Child Health Foundation explains that deaths and acute illnesses caused by heat waves particularly affect people with respiratory diseases.

Heat is already a health hazard today, as the example of summer 2003 shows. The hot summer of 2003 was one of the hottest in the past five centuries in twelve European countries. The heat waves of this summer led to an additional mortality (excess mortality) of over 50,000 deaths across Europe. In Germany, an additional 5,000 people died as a result of the heat load.

Longer heat periods pose a particularly high risk for small children (and also for older people): “In the organism of small children, thermoregulation is still inaccurate. They sweat later than adults and have reduced thirst. This puts a greater strain on the heart and circulation. Children are therefore less resilient in a hot environment and take longer to acclimatize than adults, ”says Professor Koletzko.

Climate change is also associated with a deterioration in air quality. Children are particularly affected by this: They are sensitive to air pollution. Their airways and lungs are developing and they inhale larger doses of air polluting particles or gases as a result of a higher breathing rate than adults. Again, children with asthma are particularly at risk because of inflamed and hyperreactive airways.

Allergies are increasing. Already today, the frequency of allergic diseases in boys and girls up to 17 years of age is 26 percent. Hay fever has been diagnosed in 12.6 percent and asthma in 6.3 percent. climate models count by the end of the 21st century with global warming of up to 4.8 degrees Celsius. Due to the increase in the average temperature, the pollen season starts earlier in spring and lasts longer. The occurrence of new allergens is also favored.

It is feared that the rise in average temperatures could trigger a new wave of hay fever for millions of people. The more frequent heat storms also whirl up more pollen and dust in the air, triggering asthma attacks.

Higher temperatures also affect the occurrence of so-called vector-borne infectious diseases. Vectors are living organisms that transmit pathogens from an infected animal or humans to other humans (or animals). The most important vectors include mosquitoes, ticks, lice and also rodents.

In the course of the climatic changes, exotic mosquito species are also spreading in Europe, reports the Child Health Foundation. The increase in heat periods is also likely to change the occurrence and spread of ticks and thus contribute to the greater spread of tick-borne diseases TBE and Lyme disease.

Climate change also affects mold. It is believed that the combination of increased CO2, the earlier onset of spring, warmer winters and higher regional rainfall will promote mold growth.

Great climate in the daycare

In order to raise awareness of climate protection and sustainability among preschoolers, the Child Health Foundation, in cooperation with the Frankfurt bank BNP Paribas, launched the "Climate Sensing Noses" project. Professor Berthold Koletzko clarifies the goals of the project: “In Germany, 97 percent of all children attend day care centers. Our prevention strategy therefore reaches girls and boys from all socio-economic social classes. Our project ‘Climate Sensing in Kindergarten’ is designed to familiarize children with the topic of ‘climate protection’. With child-friendly, varied and vivid games, actions and experiments, it should be possible to fascinate the children about the topic of climate. Even the smallest children can see how they can protect the climate through their everyday behavior in kindergarten or at home. ".

How do different factors affect the climate? The little “climate sniffers” explore them question in the areas of nutrition, energy and mobility. Some examples from the project:

Energy: The climate sniffers inspect their own kindergarten and track down devices that require electricity (e.g. socket, cable, light, dishwasher and washing machine, bell, radio). The electricity consumers are sorted into different categories. At the end of this thematic block, the children are able to distinguish which devices require a lot of energy and which devices require little energy.

The pilot phase for testing the project took place in four kindergartens in Frankfurt am Main: employees of the Children’s Health Foundation tested the newly designed program there one morning each. The result: The children were there with fun, interest and concentration all the time. The nursery school teachers also found the program to be interesting and very varied.

After these initial experiences, Professor Berthold Koletzko draws an optimistic conclusion: "We hope that with the ‘climate sniffing’ we will be able to use our successful kindergarten program in future with other cooperation partners in many facilities.".