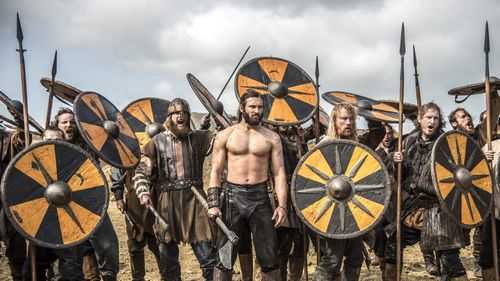 Often the word “Viking” is used as a synonym for “Normans”. That’s not right. By Normans are meant some Nordic ethnic groups, of which the Vikings are one.

Already under Charlemagne (800), this pirate sect disturbed the coasts of Germany and France; But Karl knew how to respect them with well-manned fleets; But under his weak successors they had an easier time and dreadfully dwelt. The great Viking invasions took place from the 8th to the 10th century.

The tactics of the Vikings

They came on rowing ships with a sail, each of which, in addition to the required mouth stock of smoked meat, rusks, cheese, beer and about a hundred men contained. With that they drove to the seacoast and where they believed they could make good loot, they disembarked and hauled whatever they could into their vehicles.

Already 30 years after Charlemagne’s death, they entered the mouth of the Seine with a small fleet and plundered the city of Rouen. With another fleet they sailed up the Loire and came to Tours. Everywhere they spread fear and terror. They plundered towns and villages, carried off the male inhabitants as serfs, shared the women and girls, stole the cattle, the domestic appliance, in short everything that seemed useful to them, and packed their ships with it.

The incursions of the Vikings

Every year they appeared with larger fleets. Rouen was looted for the second time in 855; they pushed the Seine up to Paris and burned down part of it. Charles the Bald had to buy peace from them with money. Then they left the banks of the Seine, but they entered the Garonne and came to Bordeaux. So it continued until 885, where Paris was besieged for the second time by them, but was saved by money.

The Vikings settle in France

Eventually, the Vikings, under their leader Rollo, settled all over France. This happened in 912 at the time of Charles the Simple. Rollo demanded from this poor king the province of Neustria and his daughter. Karl gave him both, just to rest before him. Now Rollo wanted Brittany, too, and after some hesitation, this too had to be granted to him. Rollo, on the other hand, paid homage to his father-in-law as the liege lord for these beautiful lands, but did what he wanted, by the way.

Vikings and Franks merge into one people