For chemicals in toys there are more or less strict limit values. However, not for pollutants in textiles. A study shows that children’s clothing is frighteningly heavily loaded. Expensive goods are by no means better than cheap. 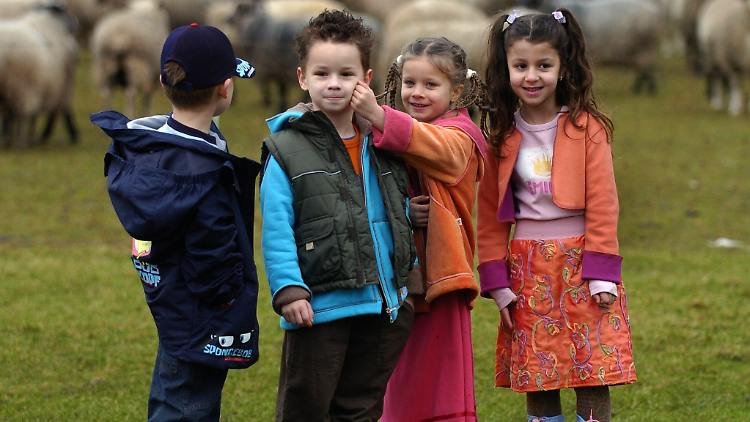 In the meantime there are also for children a growing range of ecological fashion. Conventional clothing, on the other hand, has plenty of pollutants.

A high level of pollution is not surprising for children’s clothing from the textile discount store. But expensive branded clothing is no better. This shows a sample of Greenpeace. The environmental protection organization has sent 82 garments from twelve international fashion companies from Adidas to Primark into the laboratory. Each brand found plasticizers, nonylphenol ethoxylates or per- and polyfluorinated chemicals (PFC), said Greenpeace. Some of these substances are hormonally active or carcinogenic, in the producing countries they contaminate rivers and drinking water.

"Expensive clothes are no cleaner than cheap ones", found Greenpeace chemistry expert Manfred Santen. A children’s swimsuit from the premium brand Burberry was just as burdened as a cheaper one from Primark. In addition, there is nothing to suggest that stricter standards are applied to children’s clothing than to fashion for adults, although children’s skin is thinner and therefore more permeable to chemicals. The burden is the same – "only these chemicals harm the children a lot more".

A cheap Primark t-shirt have Contained eleven percent plasticizers, 0.6 percent of them were discovered in an American Apparel baby body, reports Greenpeace. Both values ​​would be prohibited under EU law for children’s toys – but the regulation does not apply to children’s clothing. In children’s clothing with plastisol prints, the testers found plasticizers in 33 out of 35 textiles.

The tested Adidas clothing items were particularly contaminated with per- and poly-fluorinated chemicals (PFC). Some PFCs could affect the immune system and fertility, Greenpeace said. PFC are extremely long-lived and accumulate in the environment and in the body. One swimsuit contained 15 micrograms of PFOA per square meter. He thus exceeded the top mark set by Adidas for PFOA by fifteen times. Also in clothing from brands such as Nike, Puma, Burberry and H&M these substances were found.

In T-shirts and shoes, among others from Burberry, C&A and Disney also found the testers of nonyphenol ethoxylates (NPE). NPE is broken down into nonylphenol in the environment and is hormonally effective. This can be particularly harmful to aquatic organisms. It occurred in 50 of 82 garments tested.

According to Greenpeace, there are already 18 textile manufacturers from Mango to H&M to Adidas is convinced to commit to production without hazardous chemicals by 2020. Santen said that implementation was still lacking. The sample shows that parents do not protect their children by buying expensive clothes. The Greenpeace expert recommends paying attention to the textile seals of the International Association of the Natural Textile Industry IVN or the Global Organic Textile Standard (GOTS).